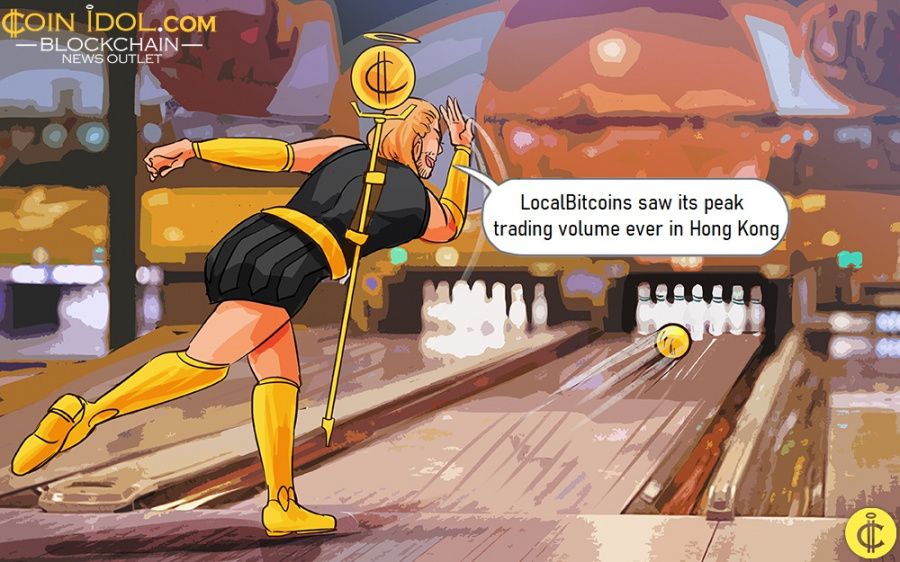 Adoption in digital currencies, especially Bitcoin (BTC), appears to be growing at a high rate in the Hong Kong SAR. Last week, a Bitcoin startup firm LocalBitcoins saw its peak trading volume ever in the special administrative region Hong Kong.

The demonstrations and economic tensions in the area look as if are the first unrest flatteringly familiar to our contemporary era. The administration is doing everything possible to track and monitor demonstrators via total watch, inspection and utilization of various payment apps, but the people have still used dark means to make transactions.

Generally, a good number of populaces in the region are now attempting to go undercover in order to circumvent a likely state clampdown, and this environment has caused the interest in digital currencies to boom significantly.

It looks like the earlier reports on BTC soaring in adoption in the region were premature and untimely. As Coinidol hitherto revealed, in September there was trivial surge in the selling and buying of cryptocurrencies including BTC in the city-state. Albeit, the current statistics tells it all -  the trading tendency now looks to be shifting positively.

The financial authorities in China still regard Bitcoin and other digital currencies as a risky asset to deal in or use, but this time around something big appears to be infusing below the ground. Residents including protestors have started to appreciate that Bitcoin could be a safe haven as it holds particular nitty-gritties and they have now massively started using it to store their wealth.