Goosebumps Collectible Trading Cards will be Distributed via Blockchain 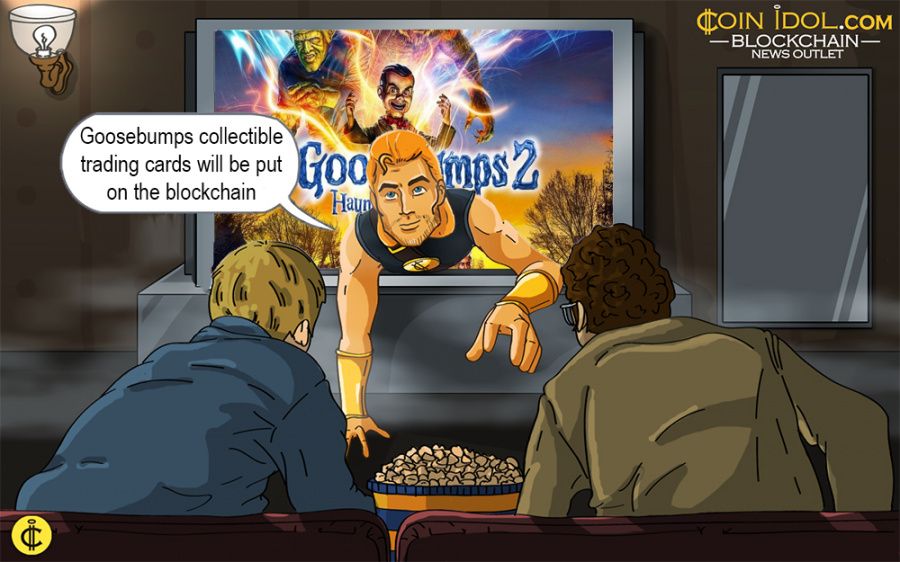 If you were a kid growing up in the 1990s, you probably read Goosebumps, the kid's horror fiction novels authored by R.L. Stine, an American book writer.

Books like Say Cheese and Die, Vampire Breath, One Day at Horrorland, How I Got My Shrunken Head and Revenge of the Lawn are some of the classics. Since that time, the novels have stormed the big screen, and the first Goosebumps movie was officially released in the year 2015.

So, with the release of Goosebumps 2: Haunted Halloween, Sony Pictures (who funded both films) has collaborated with Greenfence Consumer, to distribute digital trading cards.

It's no more a case of kids trading cards in person, today they can successfully do that through blockchain technology. "With the Goosebumps 2: Haunted Halloween GFT Authentic Digital Collectibles," it shows how digital currency collectables and non-interchangeable tokens can be employed for marketing.

Talking of the partnership, Jamie Stevens, executive vice president of global consumer products at Sony Pictures Entertainment, revealed that the firm conspired with the task Greenfence Consumer has been operating and struggling to make blockchain technology user-friendly to a vast audience.

“When they approached us about collaborating with Websaver.ca, the largest coupon site in Canada, we were excited to try the platform and to reach such a large number of our target audience,” Stevens added. “Greenfence Consumer created simple, fund sweepstakes that will engage parents and their children with our movie – which is perfect because Goosebumps 2: Haunted Halloween is a really fun movie.”

Via a smooth sign-in exercise, without third-party requirements, Goosebumps' diehard fans can develop a "private digital wallet." The moment they sign-in, they will be shown a Magic Book, like that in the film, to keep the cards they collect.

Going away from the propaganda of ICOs, BTC and the blockchain technology, Greenfence Consumer revealed that they preferred to aim at the creation of DLT-powered assets, with more intrinsic value, that invokes mass audiences.