Bitcoins to Everyone: Is It Possible to Get Rich with Crypto Faucets? 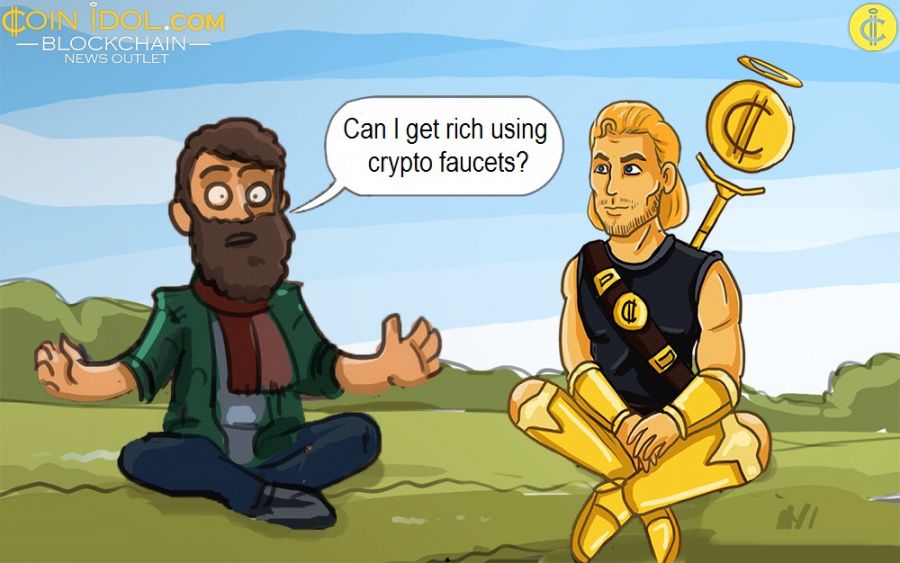 As the COVID-19 related lockdown forced people to stay at home, and the great many were left jobless, alternative means of earning money have been gaining more and more popularity. But are they legit?

While the most Internet earning offers refer to MLM companies, there are also ways to make some money using the so-called cryptocurrency faucets, offering small rewards for completing elementary routine tasks.

Such a scheme of earning has existed for a long time. The first faucet was launched in 2010, developed by one of the leading researchers from Bitcoin Foundation Gavin Andersen. The scheme is elementary: a user enters the faucet’s website, completes some simple task like solving captchas or watching ads, and gets some minor reward for doing that. Most websites offer rewards once per hour. However, some resources allow you to take some free bitcoins more frequently.

Where do they get the money?

Many users might treat such a scheme quite cautiously. It is difficult to imagine that someone would willingly give away money for elementary actions. However, all faucets get their money from advertising. When a user enters the website and watches ads to get a reward, a faucet increases its income based on the ad views. The more views, the more expensive is advertising on a website. Therefore, it shares a minor part of its profit with those users that have watched the ad.

A typical reward comprises 1 satoshi (1 millionth from BTC), which makes it difficult to make a fortune from a faucet. Nevertheless, some users benefit from numerous faucets to increase the amount of cryptocurrency earned. Besides, most faucets offer referral programs, so if a user brings friends, one can increase one’s profit. From this angle, crypto faucets are not much different from MLM.

On the minus side, such a way of earning by visiting numerous faucets takes quite a lot of time, which would not suit people engaged in the full-time activity. Even with referral programs, it would be very time-consuming to get tangible earnings. On the plus side, it is a good way to get some cryptocurrency for savings without the need for any investments. Some faucets like FreeBitco offer deposit programs which might help to multiply savings.

With the outbreak of the pandemic, the number of various cryptocurrency faucets has grown rapidly. Unfortunately, there have also been many scams that pay nothing. For this reason, such a way of making cryptocurrency has little trust from the users. In fact, scam projects are more numerous than legit faucets.

To tell a fake from a paying project, it is necessary to investigate the website’s history, its term of operating, as well as feedback from other users. At the worst, a user can collect rewards before reaching the minimum payout limit to check whether one gets paid. In this case, one would lose nothing except time. However, fake faucets usually set high payout limits to retain a user as long as possible. While legit websites such as Moon faucets mostly offer reasonable exit barriers.

To sum up, crypto faucets can not become a way of making money as they provide too small rewards, and making a tangible amount would be very time-consuming. However, such a scheme of distributing rewards is quite legit as there are crypto faucets that pay their users.