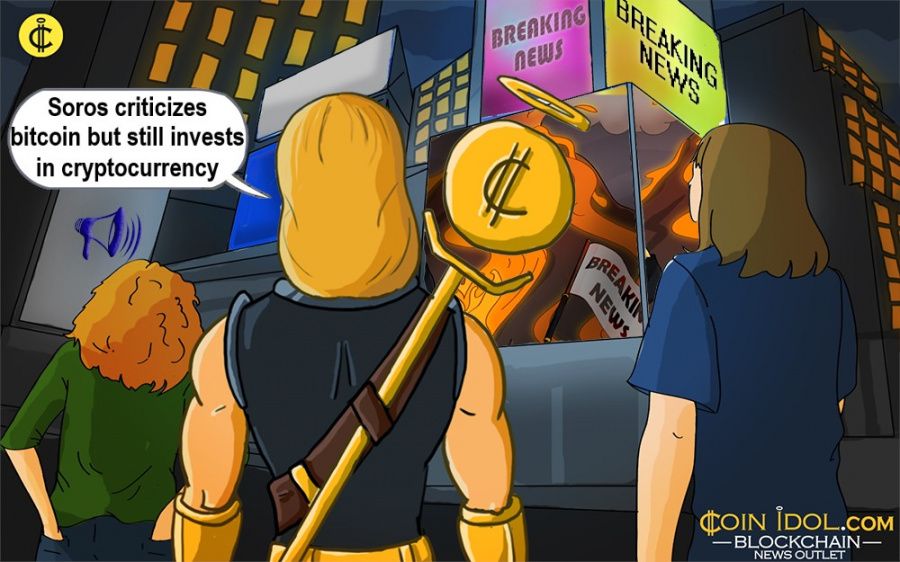 Billionaire investor and legendary hedge fund manager George Soros criticized the digital currency called Bitcoin in January at the World Economic Forum 2018 in Davos, Switzerland. However, he seems to invest in it too willingly, as Soros Fund Management has bought shares in cryptocurrency company Overstock.

“Currently [bitcoin] is used mostly for tax evasion and the … for the … people in the … the rulers in dictatorships to build a nest egg abroad. Recently, just now, there was a conference where instead of discussing conditions in Russia, they mainly discussed bitcoin because that’s what the rulers were interested in,” Mr Soros said at the forum.

The business magnate spoke publicly about cryptocurrency’s place in the financial market in January at the World Economic Forum (WEF) in Davos, Switzerland. George Soros claimed that blockchain technology could be put to "positive use", but cryptocurrency is a "typical bubble."

According to CNBC, quoting regulatory filings, 2,472,188 shares in Overstock were held by Soros Fund Management at the end of last year, making the investor the third-largest shareholder. Soros purchased the shares when they were worth $157.97 million at the end of December but their price fell to $146.72 million on Wednesday. Soros has lost more than $10 million.

Overstock is an American internet retailer selling home decor, furniture, bedding, and many other goods. Shares of Overstock went up over 200 percent in the last year after the company had announced plans to accept virtual coins in September.