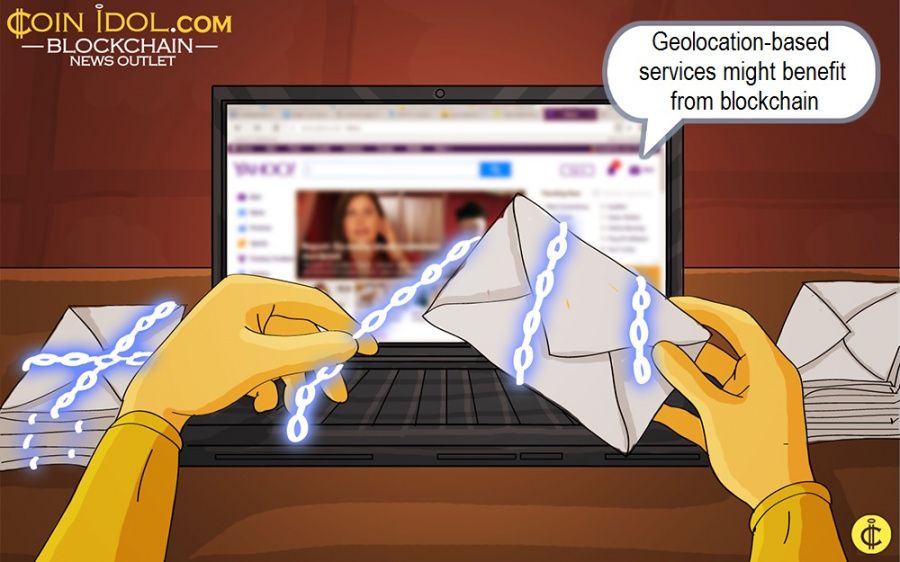 The blockchain "system" promises to be able to scale back, by a wide margin, owing to the "power" of the internet platforms on which many of the current services offered through geolocation, such as Uber, Google, Airbnb, Amazon, Alibaba, to name the main ones. These companies are trying to integrate blockchain into their geolocation apps so they can serve the public better, in an effective, secure and transparent manner.

Identity in the future will also be digital and it is likely that, through blockchain and distributed ledger technology (DLT), the path of professional credibility will be independent of those platforms that today provide the services, hopefully increasing the degree of reliability of the will become transparent and accessible to all.

In the Beginning it was Geolocation

Historically, the most important technological innovations have been the inputs of so many economic revolutions and have opened the horizon to the development of new and unprecedented scenarios. In turn, a new economic scenario calls on the stage new actors whose very presence – be they workers or entrepreneurs – redraws the map and the interconnections between the social categories.

In the time of the Internet, these interconnections, as well as remain physical, have also taken the digital and virtual form, meaning the enlargement of the socio-economic network to a global dimension.

In terms of the market, this process has reversed the traditional perspective: it is no longer so important to have the right "product" as it is to identify the appropriate consumer. This is because the planetary connection has the incredible effect of making minorities "attractive market", because it expands the possibilities of representation: the smallness of an atypical type in a limited and geographically limited context can, on the contrary, become significant, not proportionally but numerically, in a context of globality. A good and abundant case studies will generate a statistic that, being not a prediction but a science, will allow us to reason in macro-numbers with a decent certainty.

Let's take a concrete example of what has been said so far: the invention of the geolocation. Although public opinion partially underestimates this technology, it has been a driving spark that can be compared in the steam engine or electricity.

In the past we relied on the sky and the stars to determine our position. In truth, few people knew how to do this, whereas today, thanks to the spread of active GPS systems on various devices, anyone can pinpoint with discreet certainty the place where it is located. This also means that they can be reached by a multitude of services, and therefore products, specifically linked to their position in the geographical space. Google's mapping can offer us the nearest markets, restaurants, churches, pharmacies, museums and so on. Potential customers, at that time are relevant precisely where they are, because with the same action they interface with stable commercial realities.

The geolocation, therefore, is no stranger to the connected market. To give a well-known example, think of Uber's platform, which has masterfully twisted the threads of these needs and opportunities.

But, again, technology disrupts yesterday's certainties and creates new panoramas. The blockchain "system" could change scenarios; consortia could be born by category of belonging structured on open and public blockchain chains that will somehow manage to limit the power, now sprawling, of internet monopolies.

Tags
Blockchain Service Technology Internet Google Amazon Uber Airbnb Companies
Most Popular
May 08, 2021 at 11:25
News
There is Fire in the Cryptocurrency Market As Dogecoin Could Be the Next Big Thing
May 08, 2021 at 10:26
News
Polkadot Attempts to Breach $40 Resistance, Lacks Buyers at Higher Price Levels
May 08, 2021 at 09:39
News
Ethereum Continues Its Bullish Run As It Attempts to Jump Over $3,750 High
May 07, 2021 at 12:43
News
Ripple Faces Stiff Resistance at $1.70 High as Bears Attempt to Sink XRP to $1.00 Low
May 07, 2021 at 10:39
News
Revolut Users Will Gain Stronger Control of Their Bitcoins with New Withdrawal Feature
More