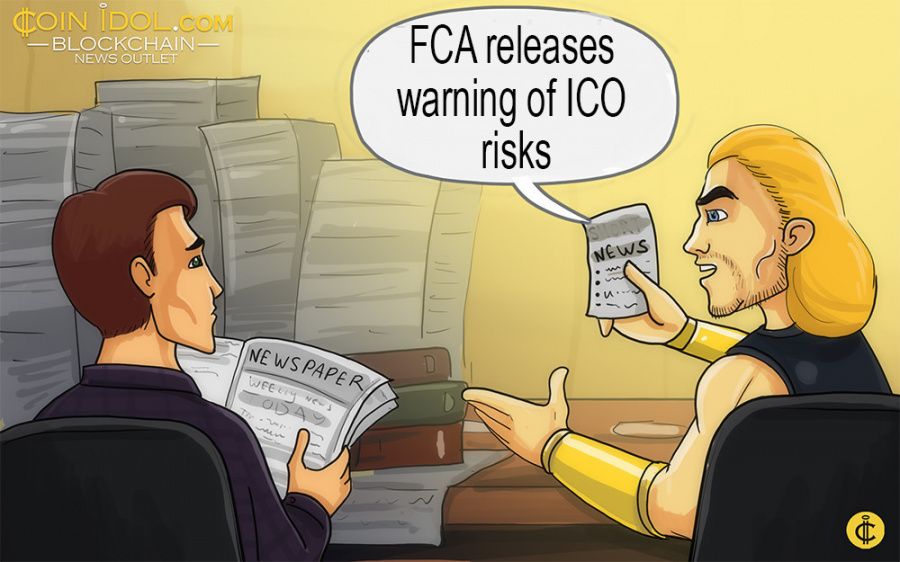 The Financial Conduct Authority (FCA), a financial regulatory watchdog in the United Kingdom, has today released a warning about the risks of Initial Coin Offerings (‘ICOs’), stating that ICO investors must be aware of the possibility to lose an ‘entire stake'.

2016 was a year of huge ICOs, and 2017 looks set to beat it hands down.  The ICO boom worldwide leads more financial regulatory authorities to release notes on token sales. Most of them, warn about the high volatility of cryptocurrencies, the lack of regulation in the field and that there is mostly no protection for investors. Similar warnings have already been published by authorities in the US, Canada and Singapore, while last week China even banned all ICOs in the country starting September 4.

In the consumer warning, published on September 12, the FCA states that:

“ICOs are very high-risk, speculative investments.
You should be conscious of the risks involved (highlighted below) and fully research the specific project if you are thinking about buying digital tokens. You should only invest in an ICO project if you are an experienced investor, confident in the quality of the ICO project itself (e.g. business plan, technology, people involved) and prepared to lose your entire stake.”

Investors should always do their own research before investing funds in any company. In June 2017, Coinidol.com conducted an exclusive interview with Blockchain lawyer and crowd investment blockchain startup co-founder, Alejandro Gómez de la Cruz, to highlight the details of major market players and give an overview of the ICO market. He commented on the main problems faced by the ICO market, that investors should be aware of:

“First, the code: ICOs require complex developments.  Second is timing. This process usually takes between 3 to 5 months. During this period, the whole team of the company is focused on the fundraising instead of the project. Third, user experience and investment tools. Nowadays, investing in ICOs is a complex business.
User experience is the biggest deal, given that most dapps interfaces are complex and non-intuitive. In this sense, the market needs to evolve. Some technical limitations are to be addressed when trying to engage new users that are not familiar with blockchain, such as:
How to invest with legal tender. Are stablecoins ready for production environments?
How to design the platform to let users invest with no complex key management in a secure way?
How users can interact with the platform from different devices.”

Coinidol has already published several cases where ICOs founders failed to lead their projects to success. Soon after the launch of its ICO, CoinDash has announced losses of over $7 million in Ether due to a hacker attack.