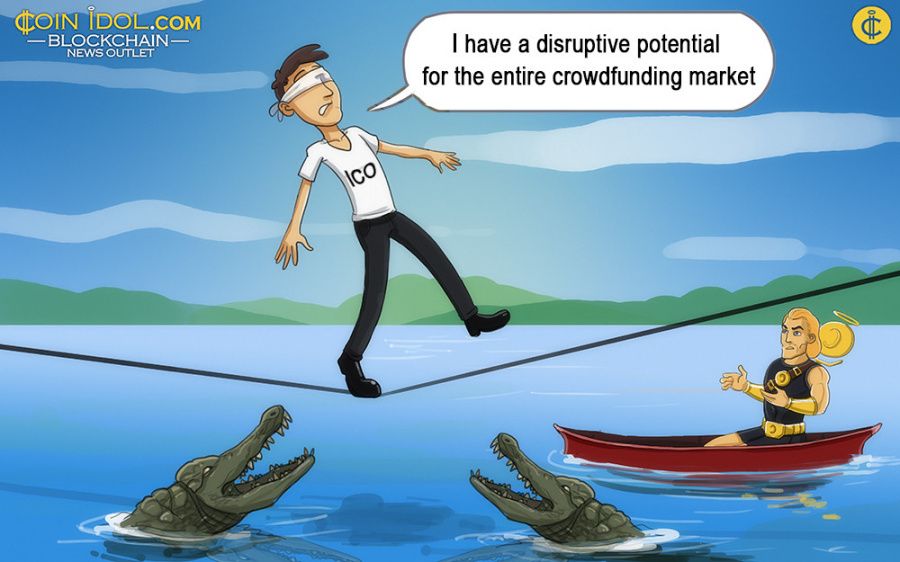 Coinidol conducted an exclusive interview with Blockchain lawyer and crowd investment blockchain startup cofounder, Alejandro Gómez de la Cruz, to highlight the details of major market players and give an overview of the ICO market.

ICO (Initial Coin Offering) has a disruptive potential for the entire crowdfunding market. However, at the same time, there are a number of issues in the market, the solving of which might have importance for the whole industry.

When a startup wants to raise some money for its project, it may create tokens to sell to potential investors using digital smart contract technology. However, despite the range of successful ICO projects, with Ethereum being the most popular among them, with a market capitalization of over $1 billion, most investors are being scared off because of the lack of regulation in the sphere, as well as the high possibility of such schemes being fraudulent.

Alejandro Gómez de la Cruz has highlighted to Coinidol the main issues and prospects of ICO, as well as naming some of the largest market players to date.

Alejandro Gómez de la Cruz: Nowadays, crowd investment is being done through centralized platforms. Blockchain can provide liquidity and transparency to the investments. Furthermore, ICO launchers can give functionalities to the tokens, creating a community around their apps to boost their projects.

ICOs are the cutting edge of crowd investment in blockchain startups. However, this ecosystem is at an early stage of maturity and it’s being done mostly by replicating code of previous ICOs. From time to time, we see some innovation in the way the ICO is being done. For example, during the ICO of Gnosis, they tried to find the right price for their token through a Dutch auction.

Other innovations in the token space are the MiniMe token, by Jordi Baylina (Giveth), used by us to simplify the governance on the funds raised; the decentralized exchange protocol 0x; or the Consensys Multisignature Wallet.

CI: Can you give a list of the main problems of the market?

AG: First, the code: ICOs require complex developments.  Second is timing. This process usually takes between 3 to 5 months. During this period, the whole team of the company is focused on the fundraising instead of the project. Third, user experience and investment tools. Nowadays, investing in ICOs is a complex business.

User experience is the biggest deal, given that most dapps interfaces are complex and non-intuitive. In this sense, the market needs to evolve. Some technical limitations are to be addressed when trying to engage new users that are not familiar with blockchain, such as:

How to invest with legal tender. Are stablecoins ready for production environments?

How to design the platform to let users invest with no complex key management in a secure way?

How users can interact with the platform from different devices.

CI: How about regulations?

AG: It is true that there is a lack of regulation in this field, and it is a common question of the entire industry.

The main issue is to determine the legal status of a token. Given that every jurisdiction has different rules and criteria, it is not an easy job. However, some jurisdictions like Gibraltar, are moving fast in that regard. They are drafting a regulation proposal to encourage blockchain firms to be established there, with regulatory certainty.

The main regulatory questions to be faced are the following:

Shall a token be deemed as a security?: We should understand the functionalities of the token before answering this question (and even the answer may change according to the applicable jurisdiction). If the ICO token is an “appcoin” or an “access token” we could have arguments to exclude these tokens from the securities regulation (and not always). However, if the token provides fixed or variable incomes, we may be talking about a financial product and, therefore, a security.

Should I comply with KYC/AML regulation? The answer to this question is partially linked to the previous one.

Is there any specific regulation related to crowdfunding or crowd investment in your jurisdiction and is it applicable to your crowdsale?

Besides regulation, the main problem that most ICO launchers face when designing their projects is how to provide functionality to their tokens.

Most of the tokens that are being sold during the ICO don’t have the right incentives for investors, even though due to the current hype they are still raising millions. We will see how some token holders realize it and they will move to the projects that have designed their token properly, in the next months.

CI. Which problem is the most important? Why?

AG: ICOs have proved how to raise capital in a very efficient way. Tons of blockchain startups are raising between $5 and $20 million in a few days or even in hours. However, we must say that there is much hype around this ecosystem, there is not one that could deny it.

In our opinion, the main goal is to demonstrate that this process is also suitable to carry on a transparent and fairly management of the capital raised. We need tools to align the interests of the ICO launchers with those of the investors.

CI: Can you give a list of solutions to this problem?

AG: There are many ways to control the funds raised. Among others there are:

Vesting: Limiting the amount of funds the developers can withdraw in a period of time.

Multisignature: Conditioning the withdrawal of fund to the cooperation of multiple parties.

DAO: In some projects like in the DAO, the control on the funds are solved by implementing a governance system in which the investors are the ones that control the funds by voting on each proposal.

The ideal solution would be to have well-informed investors that take part in the decisions of the company and oversight the expense of the investment. While at the same time the developers can manage the funds with enough freedom.

CI: How do you see the market in 2-3 years? What will change?

AG: It’s quite difficult to predict the current market evolution. However, the development of crowdfunding and crowd-investing through blockchain is going to be huge, in ways that now we cannot predict.

We are going to witness the same evolution that had the crowdfunding 10 years ago. We’ll also see a huge disruption joining the concepts of IPO, VC, Crowd Investment, Crowd Equity and Crowdfunding through the potential of blockchain and smart contracts.

These advances will be partially determined by the evolution of regulation in different jurisdictions. Some governments are proposing regulations to be attractive for blockchain companies, to become the main actors and enablers in this new crypto-economy.

Biography of the Expert 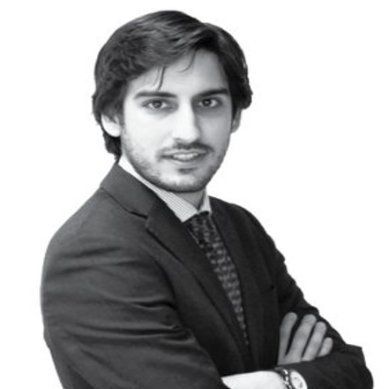 Alejandro Gómez de la Cruz is a lawyer specializing in blockchain and smart contracts and co-founder of Icofunding.

Icofunding is a platform that lets you create and manage Initial Coin Offerings through a configurable token issuance. They also help investors find the best projects to invest in while enabling them to oversee the management of their raised capital and their token portfolio.