5 Countries That Offer the Most Favourable Environment for Cryptocurrency Businesses 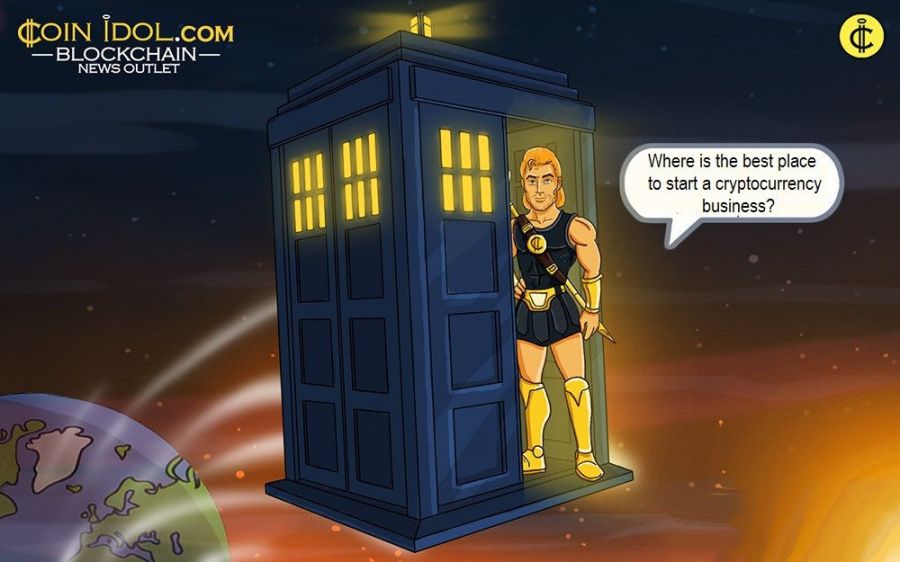 Amidst global digitization, the cryptocurrency industry is constantly growing. Some countries remain alerted to the industry, while others create favourable conditions to take advantage of it to boost their economy.

Japan has more than 4.5 million users actively using and trading BTC and other forms of cryptoassets. For the past decade, Japan has been making big strides in trying to make the cryptocurrency policies friendlier than any other nation. Japan is regarded as the mother of Bitcoin.

The financial regulators in the country legally recognized cryptocurrency including Bitcoin as a legal tender and established clear tax laws for crypto-investors. Later, the regulators allowed the cryptocurrency industry to manage its own reactions (self-regulate).

Japan is topping 5the whole globe in cryptoasset acceptance, regulation, and legalization. Exchanges in this country are registered as financial services institutions. Its financial watchdogs are among the most avant-garde regulators in the universe. The acceptance and enthusiasm for Bitcoin and other virtual assets have led to a thriving cryptocurrency space in the country, branded by emblematic Japanese techno-optimism.

Since April 2017, crypto-exchanges working in Japan have been controlled and regulated by the Payment Services Act. Crypto-exchanges register with the authorities including the Financial Services Agency (FSA), keep records, take security measures, and make sure they protect their users, as well as complying with other guidelines governing the industry.

However, besides good regulations in Japan, under the Income Tax Act, the National Tax Agency regards profits collected from the sale, mining or trading of cryptoasset as ‘miscellaneous income’ instead of ‘capital gains’ – and is subject to a tax rate between 20% to 55%. This makes crypto gains to be one of the highly taxed items in the country. The high taxes have discouraged many crypto firms, customers and businesses from reporting their digital currency gains on tax returns.

Most countries have been moving sluggishly towards drafting effective laws governing the Blockchain industry. But the few that have regulated it, are gaining a lot of things from Blockchain, the underlying tool behind Bitcoin and other cryptocurrencies.

Switzerland codified cryptocurrencies including Bitcoin into the national law and has now begun implementing its newly framed law on blockchain technology. The country now has a regulatory framework which is among the most advanced in the entire globe.

The new set of Swiss laws on blockchain was approved by the Swiss Parliament on September 25, 2020. The law "Blockchain Act" gives FINMA the powers to oversee and license all DLT and crypto businesses operating in the country. The DLT-Draft Law also introduces a new concept of Blockchain-Rights, and this will enable the tokenization of rights (by providing a legal framework of a digital registration of rights), claims, as well as financial instruments.

Crypto-Nation Switzerland has over 900 Blockchain companies that are legitimately registered. These companies have contributed much to giving citizens employment. For instance, over 5000 staff are employed in the Swiss region - the number of non-staff or support staff members is overwhelming.

Due to the clear vision for Blockchain tech, more and more investors and companies have now flocked to the country.

Swiss banks have been worried about accepting Bitcoin and supporting DLT startups, but now it seems they have started being friendly.

Switzerland is among the top 5 crypto-friendly countries in the world. It is in the leagues of Japan, Malta, Singapore and Luxembourg.

The crypto-friendly environment created in the region has made financial institutions such as SEBA crypto bank, SDX, Vontobel, etc. to be more creative. Banks such as UBS and Credit Suisse are now testing the capacity of Blockchain trading and are also designing a token project that transacts trade faster than BTC. Maerki Baumann and Arab Bank Switzerland are also increasing the scale to effectively provide digital currency and blockchain services to their customers, especially through third-parties like Bitcoin Suisse, Metaco or Taurus.

Therefore, the fruitful regulation of the cryptocurrency space within the Swiss region will enable transfer maturity, stability, and fungibility to all compliant digital currencies, and this will help raise the appeal to institutional venture capitalists that will begin to view cryptocurrency and blockchain as a legal long-term investment opportunity. 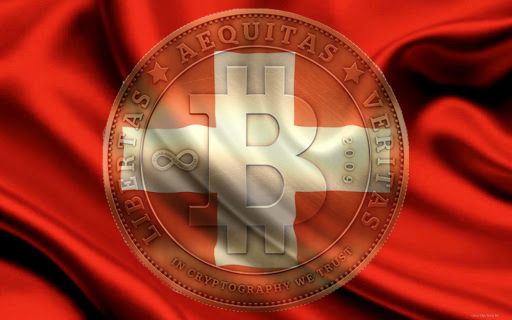 Malta, a Blockchain Island, has decided to support blockchain startups and also remain soft on innovations including cryptocurrencies. Robert Abela, Prime Minister of this pro-Bitcoin nation once said that cryptocurrency is the “inevitable future of money”.

MFSA plays the supervisory and oversight role. So, to operate in Malta, a cryptoasset business has to first be authorized by MFSA.

The Maltese government and regulators including Malta Financial Services Authority   (MFSA) aims at consolidating distributed ledger technology despite the industry being young and volatile, especially cryptocurrency.

The government is trying hard to fight irregularities that are happening in this field such as crypto and financial crimes, to make it cleaner, for the sector to flourish.

The government doesn’t recognize BTC as money, but there is a lot in stock to make this new innovation widely accepted in the country.

Singapore imposed some sort of fiscal policy to regulate the cryptocurrency sector. Regulators including the Inland Revenue Authority of Singapore (IRAS) clarified a variety of tax treatments for cryptocurrency transactions and ICO activities.

The advantage with this is that fiscal policy allowed the clear regulation of cryptocurrency, and no ban on crypto businesses in the country was imposed, a thing that makes Singapore one of the best crypto-friendly countries. It is in the same league with nations such as Australia, Bulgaria, Belarus, the United Kingdom and Argentina.

Bitcoin and other coins are regarded as merchandise and not as cash. This means any business dealing with cryptocurrencies pays only 7% in tax.

A supportive fiscal policy that accommodates cryptocurrency has helped the country to register a massive growth in cryptoasset investment.

The country offers one of the fastest internet connections in the world, and the internet being the primary medium through which cryptocurrency business is conducted, it has played a big role in boosting the cryptocurrency activities. 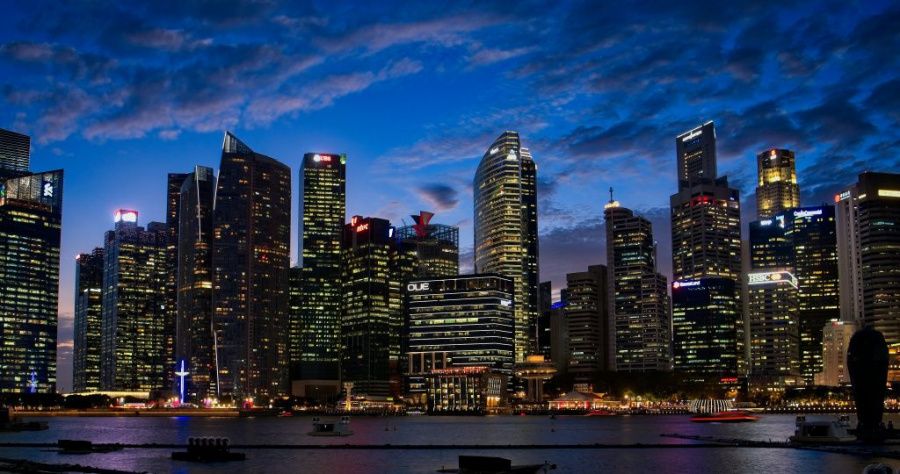 In Montenegro, Bitcoin and other forms of cryptocurrencies are not considered as a legal means of payment. However, this does not mean that cryptocurrency business is not booming in the country. Actually, the whole of the Balkans region is trying to create a proper regulatory framework on blockchain and cryptocurrency. Bitcoin has become more welcome in this region.

Since Covid-19 started, Montenegro has registered significant growth in the use of digital payments means including cryptocurrency, as per a report by CoinIdol, a world blockchain news outlet. The government is still encouraging its people to embrace the cashless means of transactions such as BTC.

The government has tried to provide cheap power to crypto miners so as they can earn massive gains from the nascent business – Bitcoin and cryptocurrency mining business is being seen as a long-term investment opportunity.

The unit cost of electricity in the country is about $11 per 100 kWh, and the ministry of economy, a supervisory body for the energy industry, is doing everything possible to reduce this cost to attract more crypto investors into the country.

Regulations on blockchain and cryptoasset are quite lax. Cryptocurrency-related businesses seeking to operate in this nation will have to acquire licenses from Montenegro’s Securities and Exchange Commission (SEC).