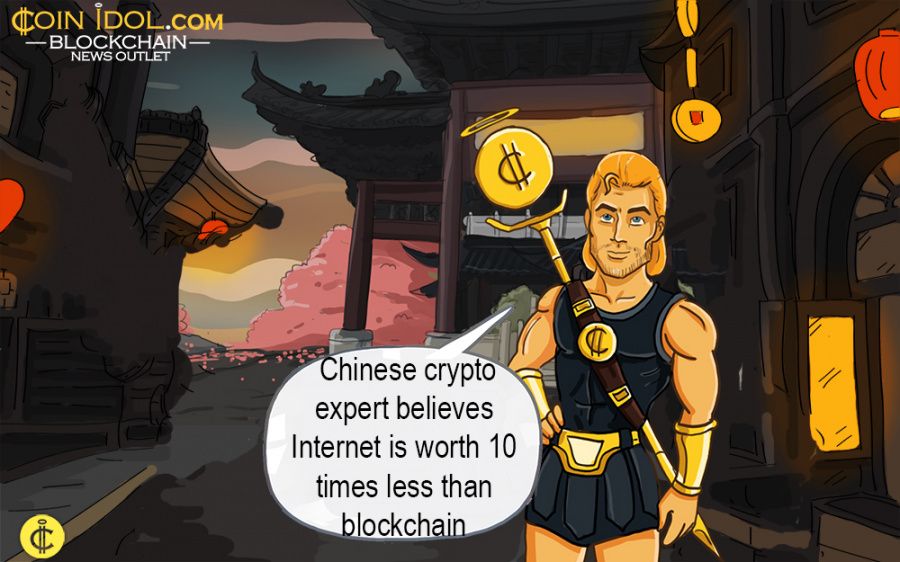 The government of China and its giant technology companies look to be climbing on board due to a current blockchain movement that is attracting wide support. Blockchain propaganda is not limited within bounds of Fintech startups and other questionable cryptocurrency launches.

Chen Weihong, a presenter on state broadcaster China Central Television (CCTV) noted on Sunday 3rd June that the economic value of blockchain is 10 times higher than that of the internet. He said this during a great discussion on blockchain technology that was attended by many important faces such as Topscott, Chen Lei and Shoucheng.

Don Tapscott, a Canadian author noted that we are shifting from an internet of data to an internet of value and also emphasised that people plus organisations will do transactions peer-to-peer.

Zhang Shoucheng, Stanford University professor and investor disclosed that while the real value of the internet is clustering individual pieces of important information into one unit, that is precisely what Facebook and Google does, the world is now stepping into an era where information will be distributed across a number of points so that the public can man their individual data and that's what defines the real exiting power of blockchain.

Baidu, Chinese Google disclosed a protocol dubbed 'Super Chain' on June 2nd created to decrease the energy requirement during blockchain mining process. Baidu is also planning to form a blockchain-based photo store that gives owners' copyright protection and also has blockchain as a service platform in the foreseeable future.

Most programmes on CCTV normally reflect the views and opinions of the Chinese government which made the discussion unexpectedly extremely important to many of the cryptocurrency Initial Coin Offerings (ICOs) that have emerged from nowhere to raise multi-billions, at one time or another, on the strength of a single white paper.

In February this year, China set a nationwide cryptocurrency ban but interestingly enough, there are many indicators that show China becoming a bigger player in underlying fundamental blockchain technology.