Evolving Issues of The Cryptocurrency Movement and Decentralization – Part 2 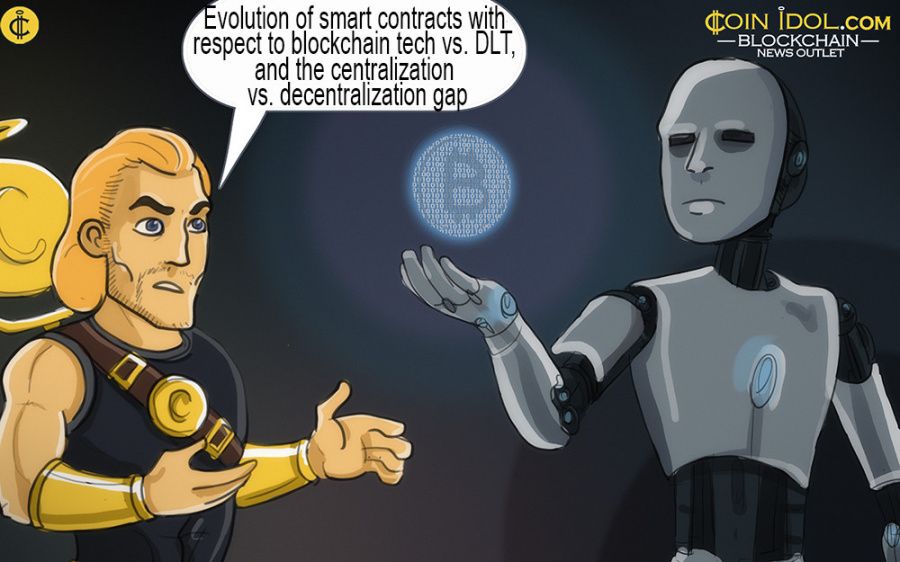 CoinIdol conducts interviews with two experts investigating the issues and evolution of smart contracts with respect to blockchain technology versus Distributed Ledger Technology, security issues, alternative uses, and the centralization versus decentralization gap.

This is Part 2 of a two-part interview. Go to How Smart Contracts Will Change the Financial and Legal Systems – Part 1.

CoinIdol investigates these topics with two experts in their field: Mark Jackson, an Ethereum/Blockchain Application Architect from Fort Collins, CO, USA, and Rob Hitchens, an Ethereum, Blockchain, and smart contracts expert from Calgary, AB, Canada, who also gives Project Guidance and Training to clients. Blockchain technology versus Distributed Ledger Technology, security issues, alternative uses for smart contracts, and the centralization versus decentralization battle is still very much an evolving storyline in the Bitcoin/Blockchain/Ethereum movement. Both experts describe the issues surrounding how innovation and technology will redefine how we communicate. 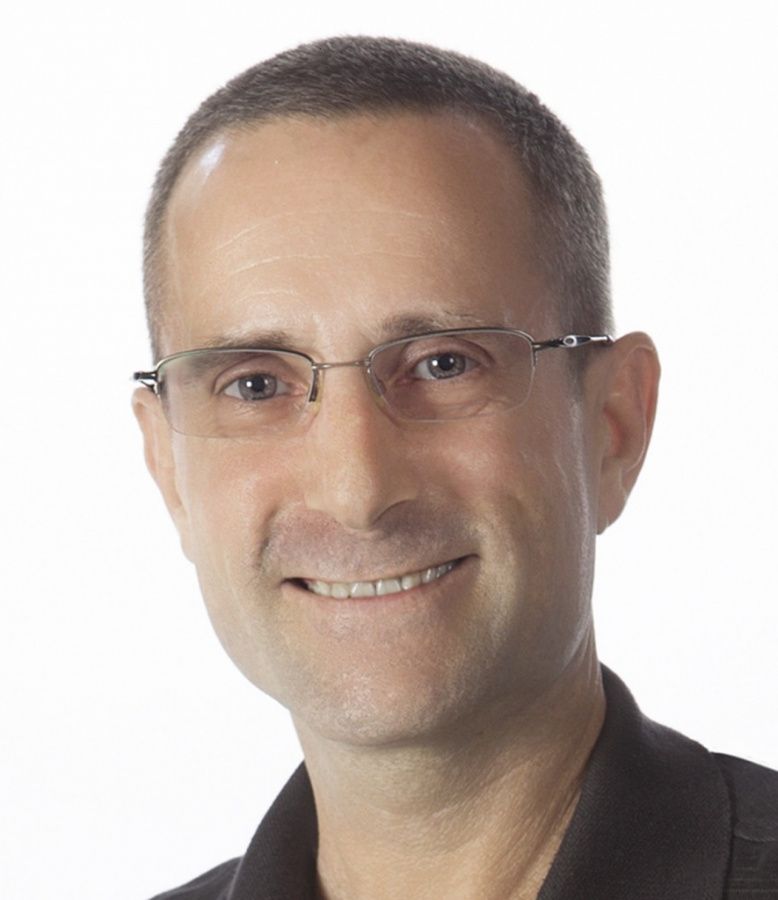 But Rob Hitchens explains the difference in the application of Smart contracts utilizing a centralized versus a decentralized approach. He shares his explanation with CoinIdol.

“In an Ethereum blockchain, transactions are proposed and if accepted, they make deterministic changes to the world state. In R3, state changes are proposed and then the involved parties decide bi-laterally if the state change is acceptable. A valid transaction is therefore not necessarily accepted and processed. Additionally, the involved parties retain a significant portion of their IP because their transaction processing logic isn’t disclosed to counterparties, whereas in Ethereum it’s the opposite; everyone sees the smart contract and reaches consensus about what it does.”

CoinIdol investigated which security issues need to be addressed with smart contracts, citing the hack of the DAO (Distributed Autonomous Organization), a form of an investor-directed capital fund, that occurred in June 2016. Hitchens shares some of the challenges concerning security issues.

“This technology is extraordinarily powerful. Like all powerful technology, it requires our respect. In theory, we can look at smart contracts, reason about what they do and proceed with the knowledge that the software isn’t subject to change. When a defect surfaces, as happened during the DAO incident of 2016, the permanence of the software may impede remedial efforts. This problem can be mitigated with well-known techniques and attention to detail.
Many responsible project teams are turning to well-solved, peer-reviewed code as a starting point, applying evolving best practices, using third-party code audits, and offering bug bounties. A bug bounty is a full disclosure of a release candidate and an award for the discovery of a defect. The challenge for many start-ups is that quality assurance adds cost and delay before the solution starts generating revenue.”

The stage security experts are at in the development of smart contract security and best practices is another prevalent issue. Additionally, how smart contracts are kept secure is an important consideration that CoinIdol queried Hitchens about.

“The industry is developing best practices and there is growing support for formal verification. While the first wave of real investment may have been seeking fast returns, I expect more investors to consider risks and turn their attention to quality.
We may see the emergence of standardized testing and metrics to help stakeholders understand the qualitative issues. In my opinion, it would be very positive if such a step was accessible to entrepreneurs in the pre-funding stage.”

There are emerging alternative uses for smart contracts. For example, Ethereum can be a superior vehicle for mortgages, clearing and settlement, KYC, and bonds but there are still problems that need to be worked out. Jackson and Hitchens both share their experiences with CoinIdol.

Jackson explains with a certain degree of skepticism, “I may be alone in my opinion, but I’m not sure Ethereum is ready for wide scale use with long-term contracts such as mortgages. There remain significant challenges to be handled such as scalability, and there are large changes on the horizon with Casper and proof of stake. I think Ethereum is currently ideal and for shorter term contracts and experimental proofs-of-concept, and as we start to see more and more uses for the platform the strengths (and weaknesses) will become more apparent.  I think the challenge moving forward will be to balance the need for rapid innovation with the wisdom of caution, and I think that’s true of technology in general.”

Although blockchain was initially conceived as a censorship-resistant system, many applications require dependable identification. There is interesting work in this area. For example, the ID2020 project is about identification for upwards of 1 billion people who do not have identification of any kind and therefore do not exist in the eyes of traditional institutions. The UN has just completed a successful pilot using Ethereum to distribute aid. Under this program, food retailers only received compensation when beneficiaries received food.

Ethereum was an excellent choice for this application because the app called for participation from the public. Just as a public blockchain is unsuited for use cases in which participants should be carefully screened, a private blockchain would be inappropriate for a public-facing application like this one.

Sometimes public accessibility is a requirement, and sometimes security concerns have a higher priority. In my opinion, this is why public and private blockchains are not competitors at this stage. They are solving different problems for different users with different goals in mind. That may change if the feature sets of the platforms begin to overlap more than it does at this time.”

The cryptocurrency/blockchain decentralized movement emerged from a dissatisfaction with the centralized banking system and has grown at a record pace, blindsiding the managers of the current fiat currency system. As governments and banks around the world go on the offensive by creating their own digital currencies and Distributed Ledger Technologies, what will this mean for the creators of the original cryptocurrencies and blockchain technology who started this revolution? Will the decentralized option be regulated out of existence? Jackson and Hitchens share with CoinIdol some parting comments on the direction of the cryptocurrency movement and the centralization versus decentralization gap. 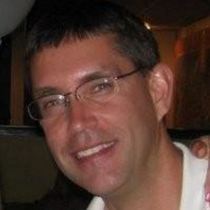 Jackson, the Ethereum/Blockchain Application Architect, explains how he sees the evolution of the cryptocurrency movement evolving from a technical perspective.

“In my opinion, any digital currency or Distributed Ledger Technology created by centralized entities will likely remain centralized.  Centralized in terms of concentration of processing power or authenticated validator nodes. This distinguishing feature will continue to delineate the two types of systems.  True blockchain-based digital scarcity will be hard to duplicate in any centralized system which I believe will limit the appeal of such.
There will be continuing attempts to regulate digital currencies but in my opinion, these attempts will be difficult to enforce especially with new technologies.  The best solution may be to have regulations affect the on-ramps and off-ramps to and from fiat currencies but there’s really no way to prevent smart contracts from operating in a global system other than shutting down the technology that runs the nodes for these decentralized networks.  And if that type of crackdown happens, we have more to worry about than how fiat currencies integrate with decentralized ledgers."

Hitchens on the other hand, shares his enthusiasm on a socio-economic level, that governments are interested in attracting innovators and capital. “There is a cooperative spirit in this community. This is evidenced by government consultation with blockchain experts the world over, and expert willingness to explain the technology, the industry, and the implications.

Widespread censorship seems doubtful but anything can happen in isolated jurisdictions. Overall, I would say the trend is toward efforts to attract innovation rather than chase it away. Overall, governments seem keen to attract innovators and capital.”

Hitchens gives these examples of how the cryptocurrency movement is evolving with acceptance from countries around the world. Smart contracts are also gaining ground.

Japan has recently recognized Bitcoin as a legal form of payment. In the US recently, a Bitcoin exchange received a status of Swap Execution Facility. Delaware tool is a step toward recognizing digital share smart contracts.

Various governments appear to be in competition to attract innovators and capital. Switzerland, Dubai and newcomer Mauritius are some examples.

“These are helpful developments that provide guidance to all participants,” adds Hitchens. For certain, innovation and technology are paramount in the cryptocurrency movement which will change the way we communicate and do business in the future.

Disclaimer: The views, thoughts, and opinions expressed in this article belong solely to the authors and do not necessarily reflect the views or opinions of their employers, organizations, committees or other group or individual.