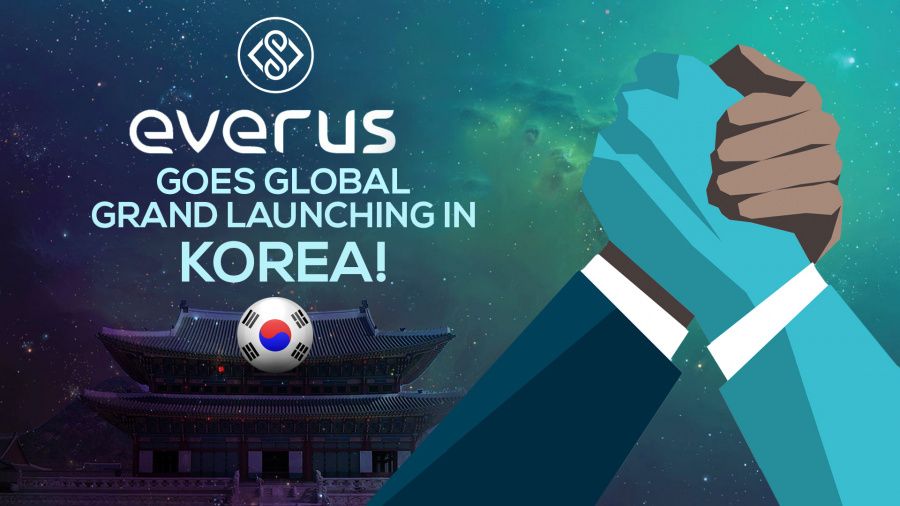 Malaysian blockchain technology company Everus Technologies Sdn. Bhd. may be based in South-East Asia, but that has not stopped them from dreaming big. Led by CEO Srinivas Oddati, Everus aims to bring its range of services to investors not just in Asia, but the rest of the world. As a relatively new token, investors have a unique opportunity to get in early and potentially make huge gains as it begins to pick up steam.

Everus has its own cryptocurrency known as EVR, an ERC-20 token powered by the Ethereum blockchain infrastructure. Available for trade on the C-CEX, Cryptopia, Kuna and LocalBitcoinCash exchanges, there are currently over 140 million EVR in circulation, with a total supply of 1 billion available.

The first stop on its global expansion is a move into South Korea market; Everus is currently engaging in plans to host an event in Seoul in late 2018. The planned entry into the Korean market is a shrewd move at a time when there is much awareness with regards to cryptocurrency, but still plenty of apprehension around the world. However, the Korean market is widely accepted to be one of the world’s most mature, with the Korean won currently the third most traded fiat currency for bitcoin, behind the Japanese yen and the US dollar.

One of the company’s most ambitious plans is to introduce a crypto debit card, which will give users access to the Everus ecosystem and all its affiliated products and services. All merchants within the Everus ecosystem will accept EVR, the ERC-20 token of Everus. It is a borderless currency powered by the Ethereum blockchain and is currently available on four independent exchanges, making Everus accessible to everyone. The card will convert EVR to the current fiat value, ensuring that merchants are not affected by the fluctuation of cryptocurrency prices.

The introduction of such a card is designed to give EVR increased usability in the future, which in turn should also increase demand for the token. As this increased demands leads to higher trading volume for EVR on exchanges, this should also result in its price spiking, giving investors and users more value.

This also ties in with EverMO, the merchant onboarding system that is designed to make it simple for merchants to start accepting EVR for their products and services. API integration is seamless and only needs to be plugged in for merchants to accept EVR. For customers, all they need to do is scan a unique QR code using their own smartphone to pay for the product or service.

It remains to be seen if Everus can establish itself as one of the world’s most dynamic blockchain organizations, but if its cryptocurrency continues to gain momentum and usability, the increased trading volume should speak for itself with regards to the token’s potential.

Disclaimer. This press release is for informational purposes only and should not be viewed as an endorsement by CoinIdol. We take no responsibility and give no guarantees, warranties or representations, implied or otherwise, for the content or accuracy.  Readers should do their own research before investing funds in any company.

Tags
Korea Asia Token Blockchain Service Companies Technology Cryptocurrency Card
Most Popular
Apr 12, 2021 at 13:04
News
Ripple Is a Step Away From Outperforming Binance Coin by Market Cap
Apr 12, 2021 at 12:11
News
Ethereum Slumps Below $2,150, Unable To Sustain Above $2,200 Resistance Level
Apr 12, 2021 at 10:38
News
Bitcoin Breaks above $60,000 Support, Struggles to Resume Upside Momentum
Apr 12, 2021 at 08:15
PR
MyCryptoParadise Opens the Door to Trading Like a Professional With the Best Crypto Signals Being Offered Today
Apr 11, 2021 at 11:11
News
Female President of Tanzania Expected to Mitigate the Climate for Cryptocurrency in the Country
More