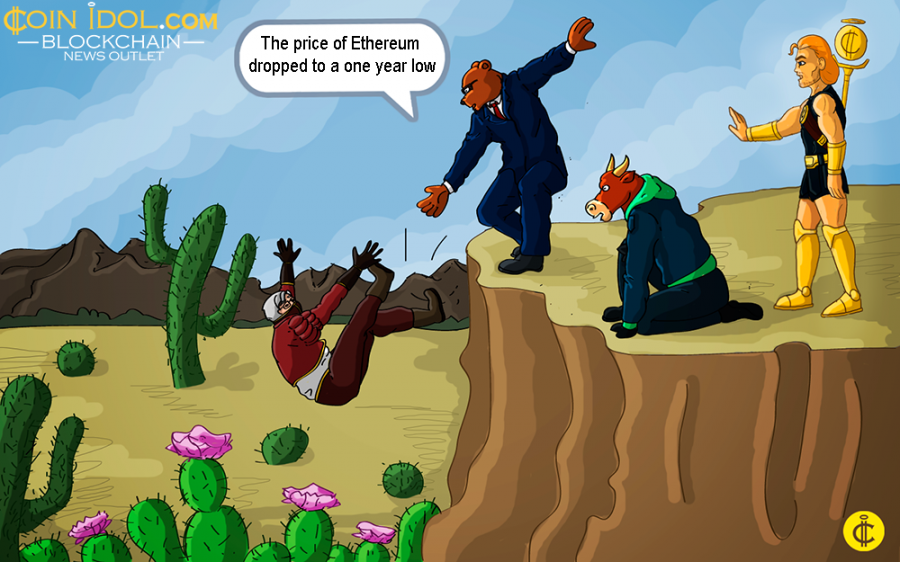 The price of Ethereum dropped to a one year low of $228.8 on Sept 7, dropping below the $255.05 level of Sept 17 last year, satisfying expectations of all those experts who forecasted a vulnerable support which ICOs have placed on the second biggest crypto since early 2017.

At the time of writing, the ETH price has dropped even lower, having lost another 1.50% of its value. The price amounts to $218. 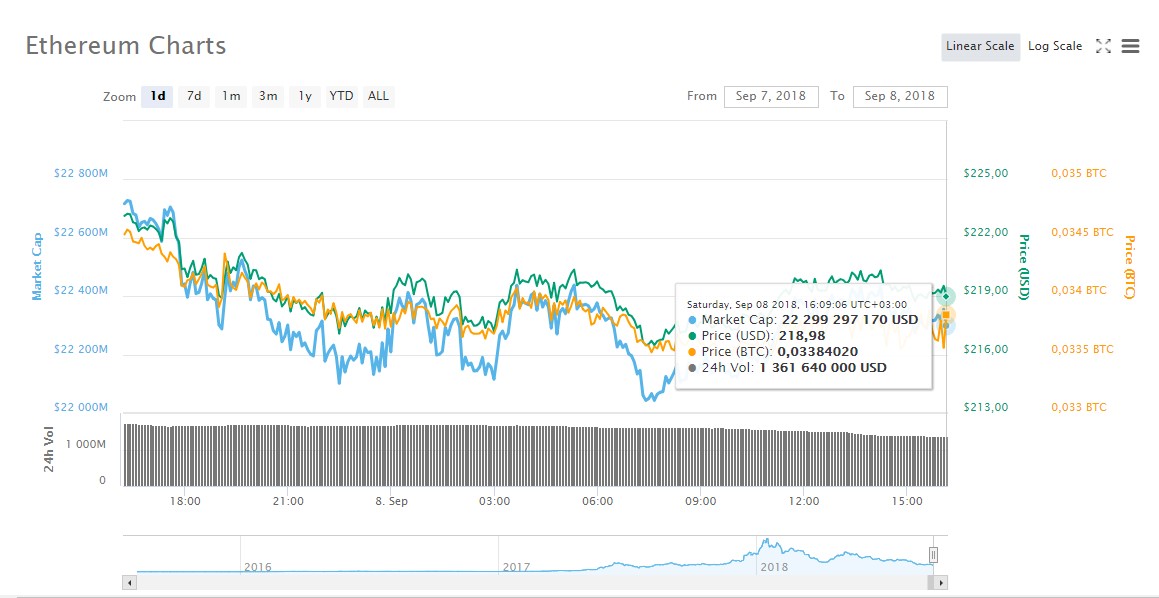 The price of Ethereum has been a truck since it started going above the $20 range in March last year. On January 13 this year, according to Coinmarketcap.com, the Ethereum price marked $1,377.72 pushing the crypto market boom at the moment. Some experts believed a growth to ICOs on the Ethereum Blockchain.

On August 16, Ethereum shifted from $250 to $280 preceding a subsequent 20% fall on August 14 as the cryptocurrency market made a comeback from bitcoin's fall below the $6,000 point on August 14. That general rally didn't go on, however.

The mid-August rally happened simultaneously with the creation of $120 million worth of tether tokens, indicating an instream of capital.

The CEO of BitMEX, Arthur Hayes, said in mid-August that the price of Ethereum was being backed by the ICOs that happened beginning early last year. Arthur revealed the ICO investments originate from VCs that will discard their Ether in response to the market. He anticipated Ethereum will drop below $100 while other experts have forecasted ICO startups will trade off their Ether.

However, the total market hustles, as Bitcoin faced one of its worst days since February 2018, losing more than $38 billion in market capitalisation.

Will Woo, a senior analyst who from May 2018 predicted Bitcoin to drop beyond the $6,000 level, forecasted another market fall before its next rally. Woo revealed Bitcoin will see $6,000 in the short term, irrespective of the market recovery in the interim.