The Ethereum Foundation Releases 4th Wave of Grants, Total Awards are Over $3 Million 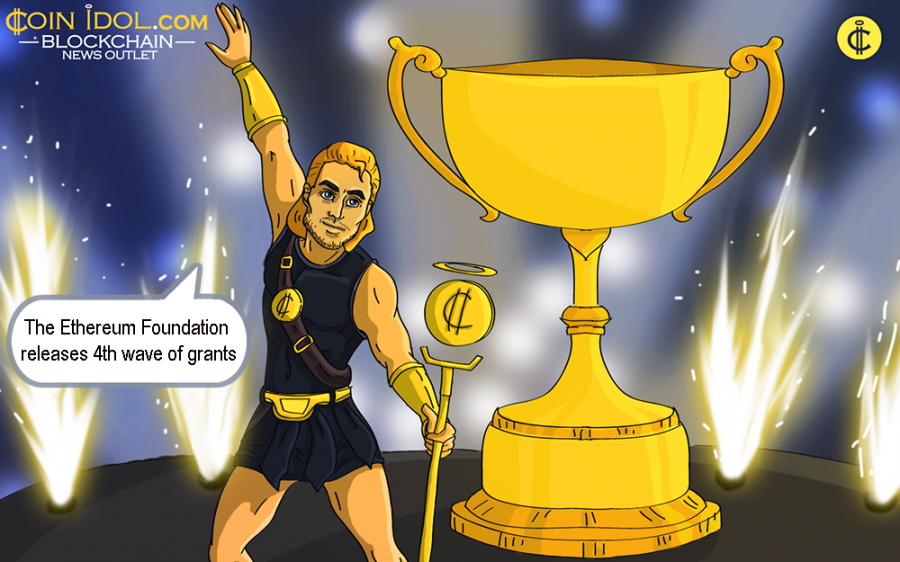 The Ethereum Foundation has announced the fourth wave of grants offered to 20 various people and entities behind the Ethereum (ETH) blockchain technology, in a press release on Monday, October 15, 2018.

The overall amount of the grants is more than $3 million, and the largest grant worth $500,000 were awarded to Prysmatic Labs and Status, as per the press release. Both firms are pushing to create the Ethereum 2.0 ecosystem first disclosed by Vitalik Buterin, co-founder of ETH in November last year.

Reap What you Sow

Those who received Grants were divided by the fashion in which they chipped into the creation of the network, such as security, scalability and usability. SpankChain, a platform for adult entertainment, got a grant of $420,000 for acting on "the open-source Software Developer Kit (SDK) for a non-custodial payment channel hub."

Prototypal also received a grant for front-end state channel research and Finality Labs was given a grant for the creation of forward-time locked contracts.

The Ethereum teams had this to say in the announcement:

"Thank you to all the fantastic community members that have applied with creative ideas on how to bolster our ecosystem. We would not exist without the time and energy that you put into Ethereum. While the program continues to grow, we will increasingly continue to involve more community members in the decision-making process."

Vitalik himself also donates a huge amount of funds to open-source projects creating innovative technologies such as scaling solutions for the ETH Blockchain Tech network. In September last year, he proclaimed that his advisor shares from OmiseGo and Kyber Network would be donated to charity.