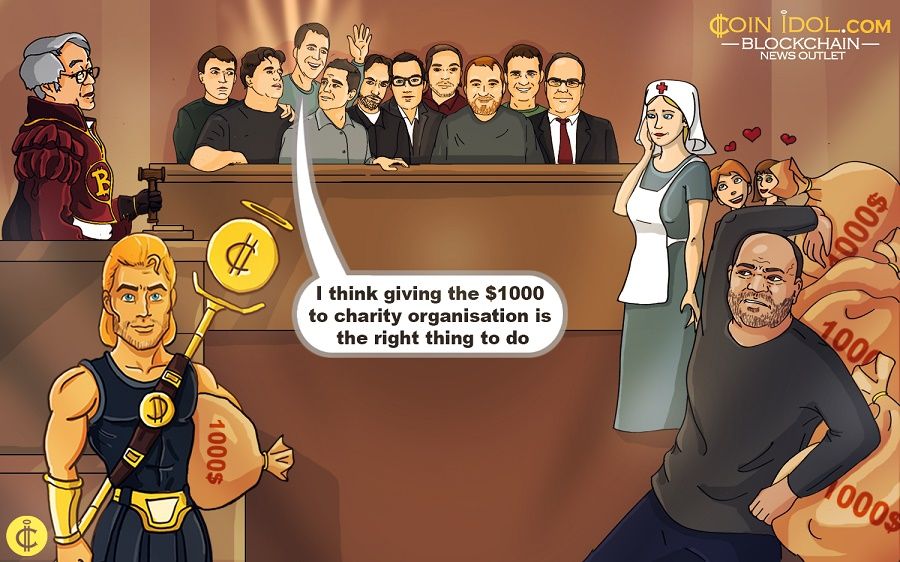 The honorary jury member in the public trial of scammers, Eric Grill, CEO at CoinOutlet, Inc, a Bitcoin ATM company, shares his opinion, on why giving the $1,000 to bitgivefoundation.org or unsung.org is the right thing to do.

“Jawad asked CoinIdol to do articles and thankfully they did their due diligence in researching the matter before writing the article rather than just taking what they say as fact.
I think a free press performs an important function as a watchdog, this is not always easy especially when there is a lack of transparency.  They also perform an important role in educating its readers so reader can make informed decisions and form opinions based on fact rather than just payed commercials. It is commendable that they do this since they have certainly put themselves at risk of a lawsuit, however if there were a lawsuit brought forth truth is a solid defense and Jawad would in fact need to provide evidence that what CoinIdol reported is not true.
To the issue of how CoinIdol is handling this: they have the money, they can do with it what they want, they are certainly under no obligation to print anything about Deos, instead they have allowed the community to decide how to dispose of the $1000. I think that CoinIdol has certainly put a lot of thought and effort into this, much more than the $1000 they received in compensation and it is admirable that they delegate this decision to the community.
We are in fact in uncharted territory, it could be argued that the press has no business being the judge/jury and executioner, however I think that’s where the community participation comes in and this is a good start in handling these kinds of situations.
I think giving the $1000 to bitgivefoundation.org or unsung.org is the right thing to do and we should challenge Jawad to provide evidence contrary to what has been stated in the article or forfeit his claim to that money.“

Eric Grill, from the USA, has been a software developer and entrepreneur for the last 15 years. He started working with Bitcoin in earnest back in 2012. Quickly realizing the potential of this relatively new technology, he immersed himself in mining, buying, selling and advocating for Bitcoin as a new means of e-commerce. 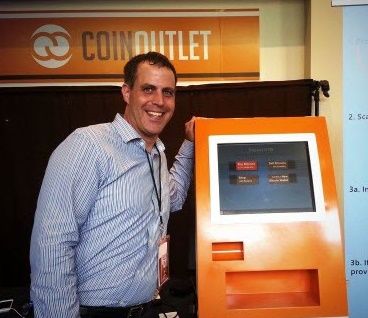 Relying on his experience in the world of financial software (concentrated on hedge funds) he knew that the market could only grow if access to Bitcoin was available to everyone. Thus the idea of a Bitcoin ATM was born. As with many innovative ideas, this one was being implemented by several other manufacturers; however, none of these were aimed at the market that Eric knew had the greatest potential.

In early 2013, Eric approached Richard Haber, with whom he had collaborated for 7 years on several major projects, and recruited him to help. Eric’s enthusiasm and drive are infectious and the team was able to bring the CoinOutlet brand and its premier ATM to the public in less than a year. Eric is an active member of the Bitcoin community and is a recognized and sought after authority in the crypto-currency world.
Now, CoinOutlet is one of the most influential Bitcoin ATM companies in the world.

You can read more about him in his profile at LinkedIn: https://www.linkedin.com/in/eric-grill-2b96816/