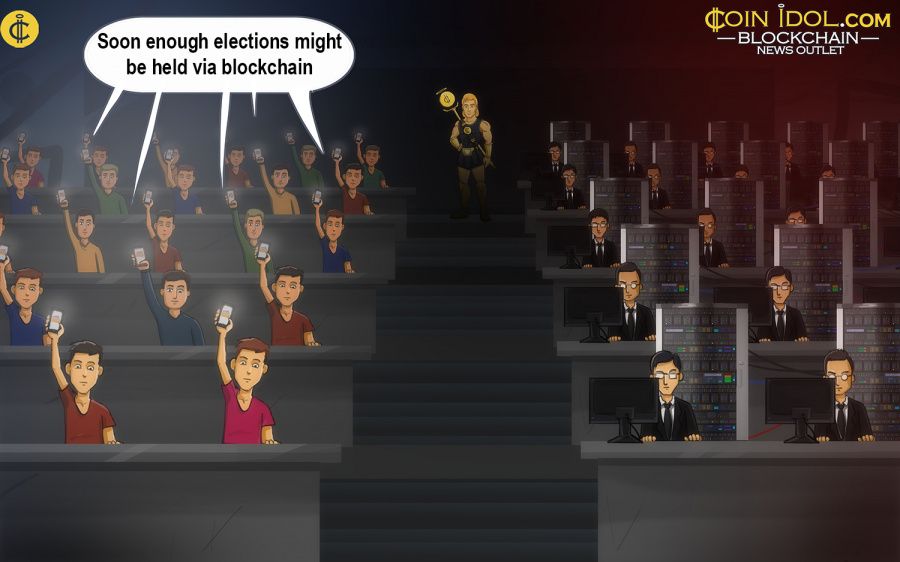 The outbreak of Covid-19 has pushed several governments and electoral commissions globally to the wall by making them look for other alternative means of organising and conducting free and fair elections. One of the available options is using a Blockchain-based e-voting method.

In this challenging situation, our traditional ways of doing things have significantly changed. For instance, due to the fight against the spread of Coronavirus, most people no longer hold much cash in their hands, instead, they now use digital payments including Bitcoin (BTC) and other popular cryptocurrencies.

Other spheres of our life were also forced to switch online. Thus, governments, companies, departments and other organizations who want to change their internal regimes no longer want to line up while casting their votes. They are exploring or applying distributed ledger technology (DLT) to carry out an effective and transparent voting process. It is especially important for those countries who are to hold elections in the nearest future.

The Covid-19 plague has had a great negative impact on some electoral activities under the Roadmap for the 2020 and 2021 General Elections. For instance, the Electoral Commission of Uganda has actually decided to conduct their election campaigns via media (such as radios, phones and Televisions) and social media platforms (like Facebook, WhatsApp, Twitter, Instagram, etc.). This is due to the fact that electoral activities involve public gatherings and hence cause a high Coronavirus threat of human-to-human and object-to-human transmissions.

While it is easier to arrange campaigning online, as candidates have been using these tools for long, the voting itself could become an issue as it is more difficult to organize a fair and transparent remote process, where traditional means for improving fairness can not be applied. However, well-organized blockchain-based e-voting platforms could enable voters to select the competent candidate of their choice online without fear that their choice might be distorted.

In fact, there has been some success in this field already. On June 11, the Russian Supreme Court conducted a landmark blockchain-based online voting successfully, hence becoming the first law enforcement agency to do this. The court used DLT at a remotely held general meeting.

Participants used Kaspersky Lab’s online voting system ‘Polys’ to record their hearings and judgments. At this meeting, five rulings, including the application of the provisions of the Civil Code of Russia, were dealt with. This vote using DLT can be regarded as a symbolic event across the justice system.

Generally, the possibility of using blockchain in the Russian Federation of Justice Conferences in July this year is expected to increase. As coinidol.com, a world blockchain news outlet, recently reported, the Russian government plans to use the DLT system to vote on the controversial changes of the national constitution and also determine the fate of President Putin Vladimir (has served since 2012), which will be held on July 1.

Other governments, electoral agencies, legislators, presidential candidates are also pushing for the use of blockchain in the forthcoming election. In fact, some states of the USA have started exploring and adopting the potential of blockchain even before the COVID-19 pandemic. The US state of West Virginia used the technology for a midterm election back in 2018. After the successful test, the government of the state announced they were going to use the same platform for 2020 elections.

Many nations including Ukraine, Italy, Ukraine, UAE, and Denmark, are following suit in the DLT-powered e-voting space. Blockchain and other ground-breaking decentralized tools will help to significantly reduce or avoid rigging and manipulation of votes as well as preventing vote disenfranchisement. At the time of global lockdown, such solutions can also ensure the fulfilment of security measures aimed at stopping the spread of coronavirus.