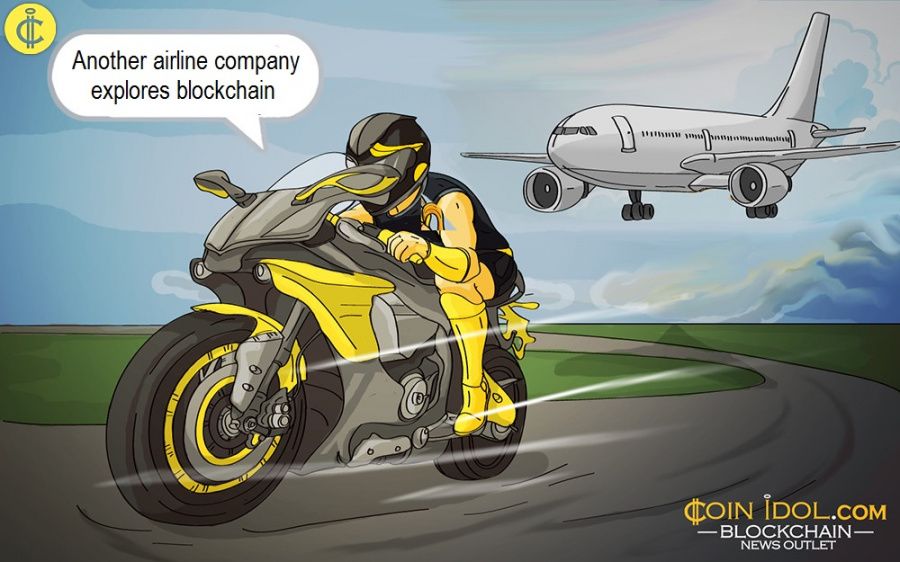 KLM Royal Dutch Airlines announced they will apply blockchain to managing accounting and finance both within the company itself and with its subsidiaries. It seems they have followed the lead of other airlines that are actively exploring this innovation.

The airline giant has concluded a partnership with a blockchain startup to develop a solution that would facilitate financial and accounting processes allowing to avoid excessive bureaucracy and time consumption. Besides, blockchain technology would ensure security and immutability of all financial transactions within the company.

According to the announcement, KLM Royal Dutch Airlines will apply R3’s Corda, a blockchain-based platform for business. Due to its open-source and decentralized nature, the platform significantly facilitates recording, keeping and synchronising data.

As coinidol.com, a world blockchain news outlet, has previously reported, many global airlines have been exploring the potential of blockchain technology for the industry. The expansion started back in 2017, when S7 Airlines launched an Ethereum blockchain-based platform to automate financial settlements with third party companies selling their tickets.

A year later, Singapore Airlines announced their plans to use blockchain for their loyalty program. The solution included using a cryptocurrency wallet for their customers to accumulate and store loyalty points which could then be used for buying the company’s services.

American Airlines also sees the disruptive potential of blockchain for various sectors of the industry. Phil Easter, American Airlines’ head of technology, spoke about long-term implementation of the technology in airlines. In his opinion, the fuss around blockchain is a little bit exaggerated, however, it might clearly appear useful for facilitating various processes in airline companies.

Despite most companies turning their attention to blockchain, some airlines realise bitcoin might also have a positive effect on facilitating payments.

In 2019, one of European giants, Norwegian Air, announced their plans to launch their own cryptocurrency exchange to allow their customers to use bitcoin and other cryptos for buying tickets. Existing platforms for buying tickets online have a lot of disadvantages, including high fees, long approval time etc. That is why the giant is looking into bitcoin which might potentially solve these issues.

With the world intensively going digital, it is difficult to ignore possibilities offered by innovative technologies. Obviously, the biggest players of the airline industry are not going to miss their chance to get on this train.

Tags
Blockchain Technology Companies Innovation Finance Bitcoin Industry Airline Platform Tickets
Most Popular
Aug 10, 2022 at 11:50
Price
Bitcoin Cash Bulls Stall Decline as They Face another Rejection at $134
Aug 10, 2022 at 10:50
Price
Weekly Cryptocurrency Market Analysis: Altcoins Retest and Challenge Overhead Resistance Levels
Aug 10, 2022 at 09:48
Price
Cardano Declines as It Struggles to Hold above $0.50
Aug 09, 2022 at 12:40
Price
Litecoin Fluctuates in a Tight Range as it Faces Rejection at $64
Aug 09, 2022 at 11:39
News
Around $2 Billion was Stolen in Cross-Chain Bridge Hacks in 2022; Half of the Funds Went to North Koreans
More