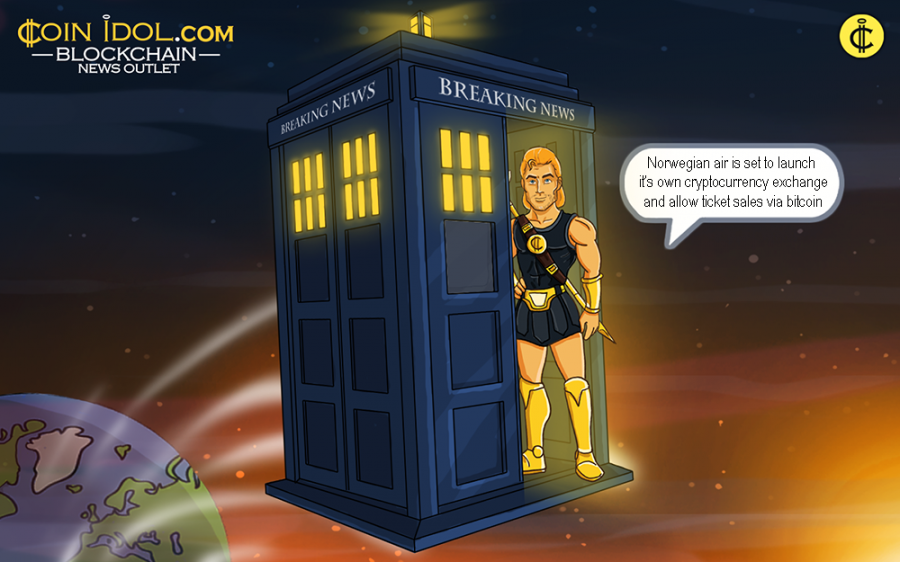 One of Europe's airline giants, Norwegian air, is set to launch it’s own cryptocurrency exchange and allow ticket sales via bitcoin. The airline plans to add the most popular and biggest cryptocurrency by market capitalization as another payment option its customers.

Imagine the hurdles and hiccups of purchasing an airline ticket online using traditional conventional channels. The long approval time, the high fees, name it. This is about to become history to one of European largest airlines, the Norwegian Airline. The company plans to add BTC payment options for its customers.

Although Bitcoin is accessible worldwide, the airline is reserved to allow buying tickets via in other countries other than Norway. The airoperator announced that the service will only be available for it’s clients residing in Norway. Furthermore, the company would also accept other cryptocurrencies other than bitcoin.

Why Buy Air Tickets via Cryptocurrency

Since its inception in 2009, digital currency has displayed little remorse towards having a stable and reliable value. However, the new financial technology was introduced alongside the most ground breaking technology, Blockchain. Even non cryptocurrency believers often believe that blockchain is the technology of the future.

The features of digital currency as a good alternative to secure store wealth gained the attention of multitudes in the financial sector. Currently, many business entities try to bring crypto to the mainstream business environment. Despite the constant hiccups posed by the price fluctuations, cryptocurrency proved that it is here to stay.

Bitcoin provides the easiest payment option ever invented by mankind. For example it takes far less charges to purchase an airline ticket using bitcoin than any other available online payment options. Bitcoin transactions are efficient, instant and cheap. Besides, blockchain, the ledger technology behind bitcoin allows for easy bookings and cancellations of tickets.

Motivation to Use Cryptocurrency

Many other companies adopt cryptocurrency as a way to expand their customer base and market reach. Further reports indicate that Norwegian air has been underperforming since April of last year. This could be one move to revamp business operation at the airline company. Digital currency usage in europe is steadily increasing to the non tech users.

Meanwhile other companies such as Lufthansa, American Airlines, Qantas, and AirBaltic also earlier introduced cryptocurrency into their businesses. This is an indication of how cryptocurrency is becoming the new super currency of the world accessible by anyone from any part of the world.