Dogecoin Pushes to the Downside, May Hold above $0.12 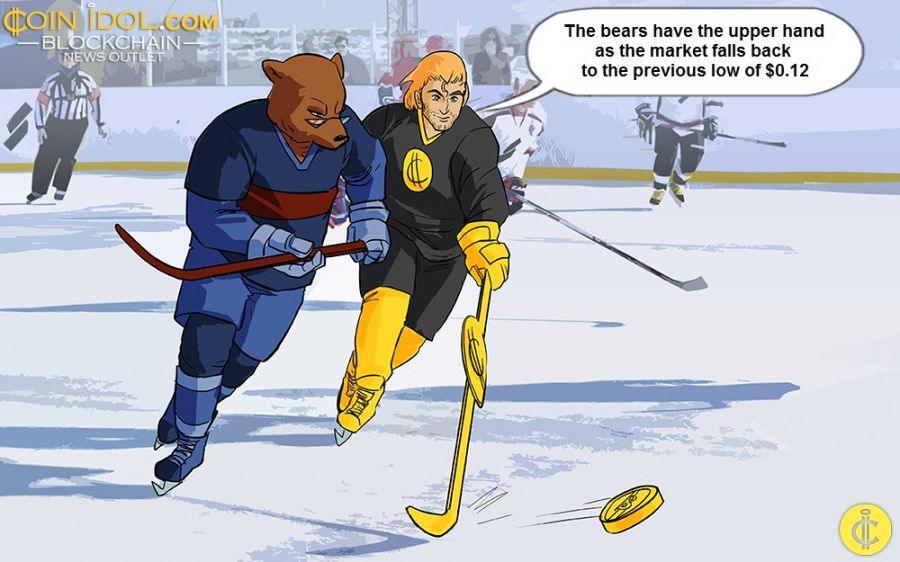 For the past week, the price of Dogecoin (DOGE) has been in a downward movement after leaving the high of $0.21. Today, the cryptocurrency has fallen to the low of $0.12 by the time of writing.

DOGE is at level 29 of the Relative Strength Index for period 14. The cryptocurrency is already in the oversold region of the market. This indicates that the selling pressure has reached bearish exhaustion. The moving averages of the 21-day line and the 50-day line are sloping downward, indicating a downtrend. Dogecoin is below 20% of the daily stochastic. Moreover, the market has reached the oversold zone. 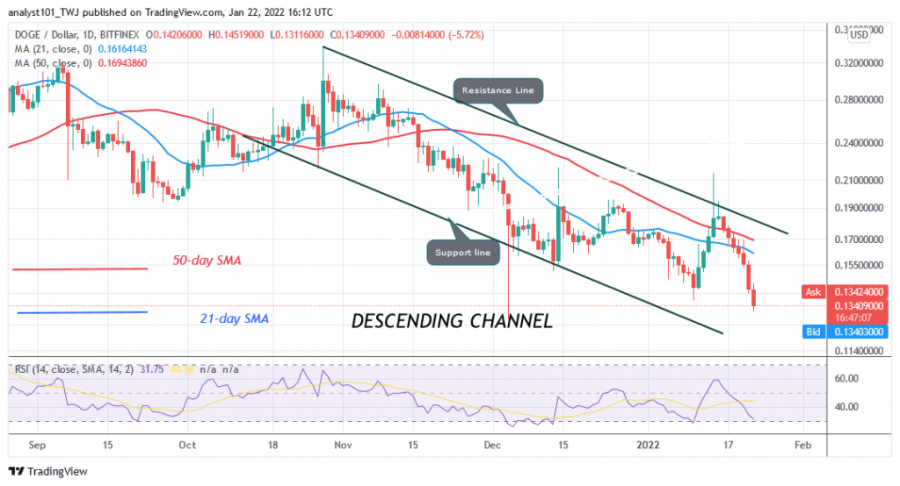 What is the next direction for Dogecoin?

The cryptocurrency has continued its downward trend as the price has reached the previous low. Meanwhile, on December 14, the downtrend tested the 78.6% Fibonacci retracement level. The retracement suggests that DOGE will fall but will reverse at the 1.272 Fibonacci extension level or $0.114. 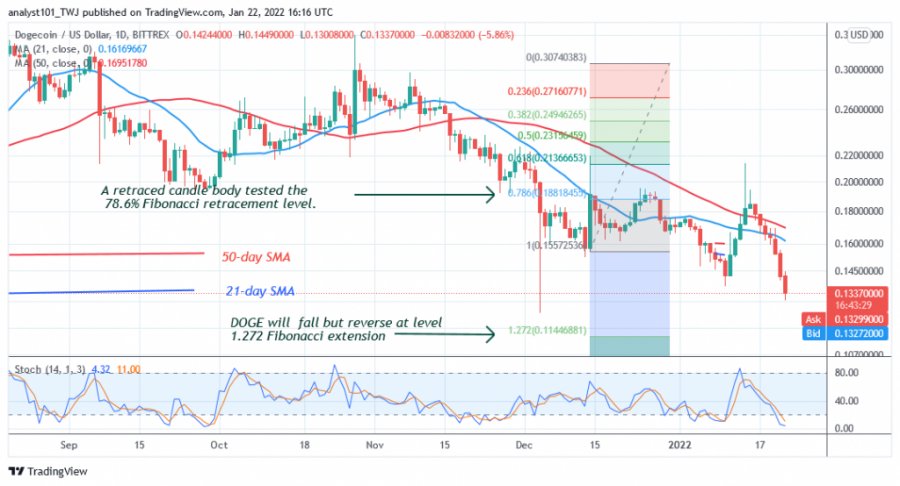