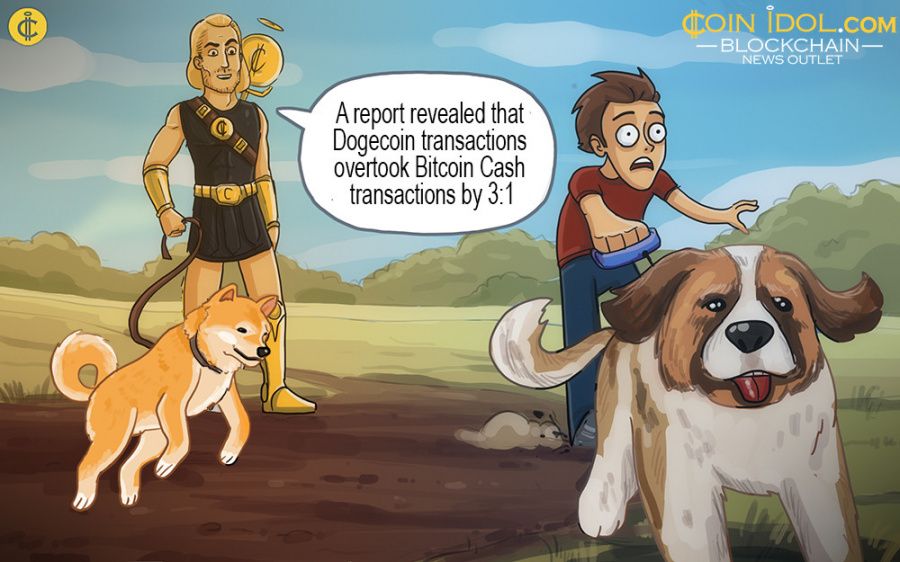 Dogecoin looks to have successfully been exceeding Bitcoin Cash many times in terms of volume transactions since Bitcoin Cash surfaced on the scene 2017.

Cryptocurrency as a joke?

Dogecoin has been astonishing the world since it was created in 2013 by Jackson, an Australian entrepreneur, who purportedly formed the cryptocurrency as a joke and since then, it has been a less competitor.

Dogecoin began as a parody of the handful of alternative cryptocurrencies, or altcoin that fully occupied the market during that time, according to Palmer's report for Motherboard. Palmer was startled to know that his cryptocurrency had attained a $2 billion market cap in January 2018.

In addition, the virtual currency is trading under the known value of $0.002 and it has encountered a gross loss of almost half of its whole value since April this year when the value made a pinnacle of $0.0056. Since the beginning of this year, $0.017 remains the highest price of Altcoin.

The node count of Bitcoin's Lightning Network gone ahead of the Bitcoin Cash nodes ready for making the transaction. The mainnet presence of Lightning Network started at the commencement of this year but Bitcoin came in the field last year.

Blockchain info. showed that the Bitcoin's network hashrate has scored its highest point in this month and it's still showing robust network statistics though it continues to stay limited to old, traditional norms of the banking sector and other financial institutions.