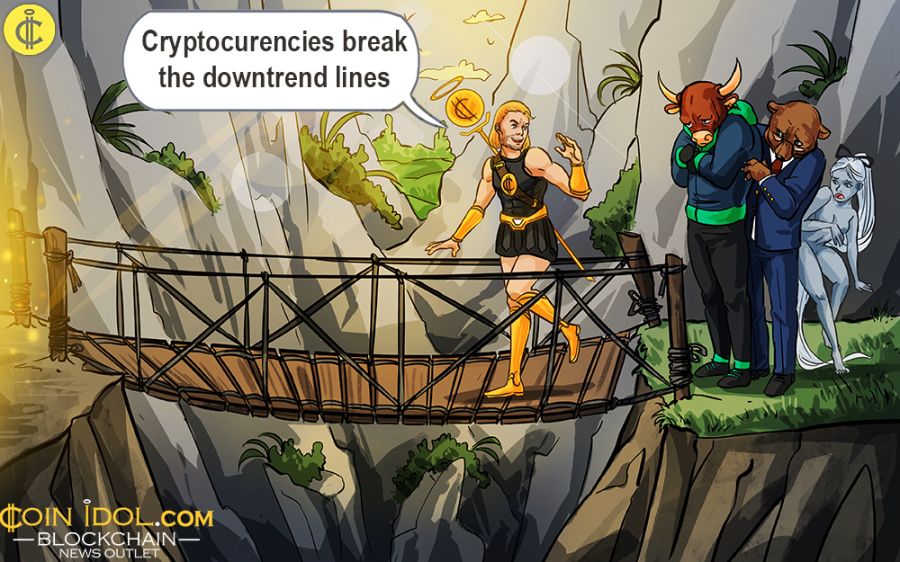 The 5 cryptocurrencies under review on Coinidol.com world news outlet have all moved to the bull market as others consolidate at the oversold region. The Dogecoin, TRON and Bitcoin SV have moved up as soon as the initial resistances were broken.

The Dogecoin has exhausted its bearish move as the market drops to a low of $0.0022 and pulls back. The latter action enables the coin to break the downtrend line and resume a bullish movement. As the price breaks the downtrend line, it indicates that the selling pressure may have been ended. 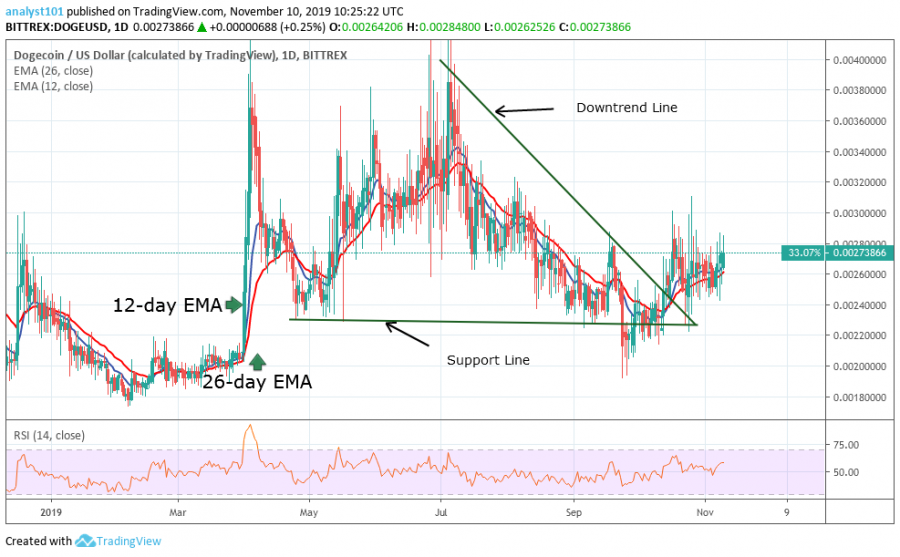 The DASH/USD pair has been consolidating at the oversold region for the past two months. This was the previous low in February where the DASH market traded before its upward movement. The consolidation has created a price range between the levels of $65 and $80. A break below the support line of the channel will push DASH to a new low. However, a breach above the resistance line of the channel will see DASH to a high of $100. 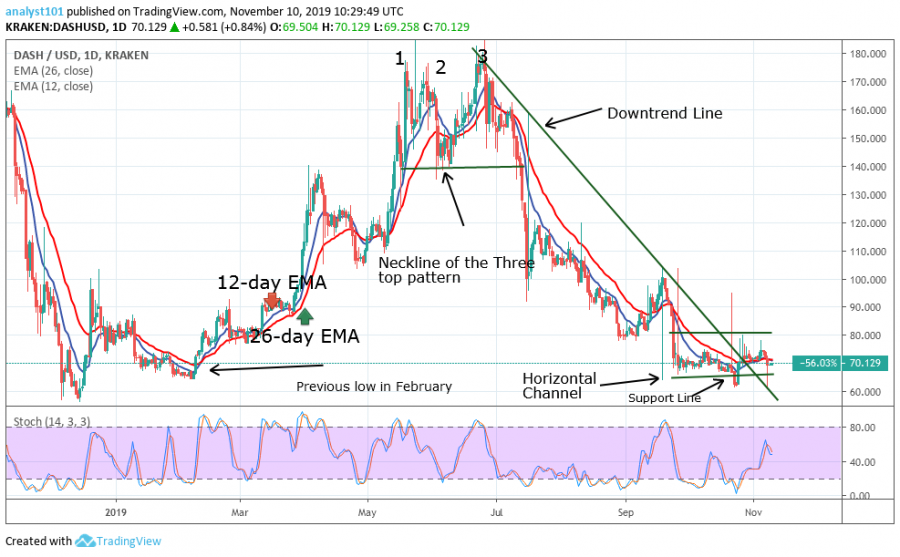 Cardano has fallen to a low of $0.035 and commenced a bullish move. The bulls succeeded in breaking the downtrend line but failed the break the resistance line of the channel. The price is now confined to a range-bound move in the horizontal channel. According to the Fibonacci tool, the ADA price will fall to a low of $0.030 and then reverse. 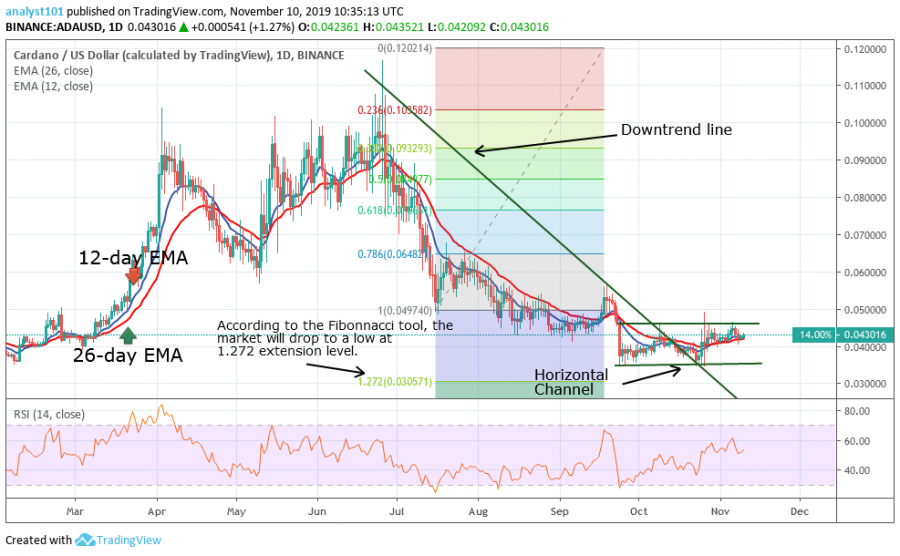 In November, the TRON has been retracing from a recent high after testing the $0.022 resistance level. The price has fallen and found support at the 26-day EMA. This indicates that the coin will resume its upward move to retest the $0.022 and $0.025 resistance levels. A breakthrough will make TRON reach a high of $0.030 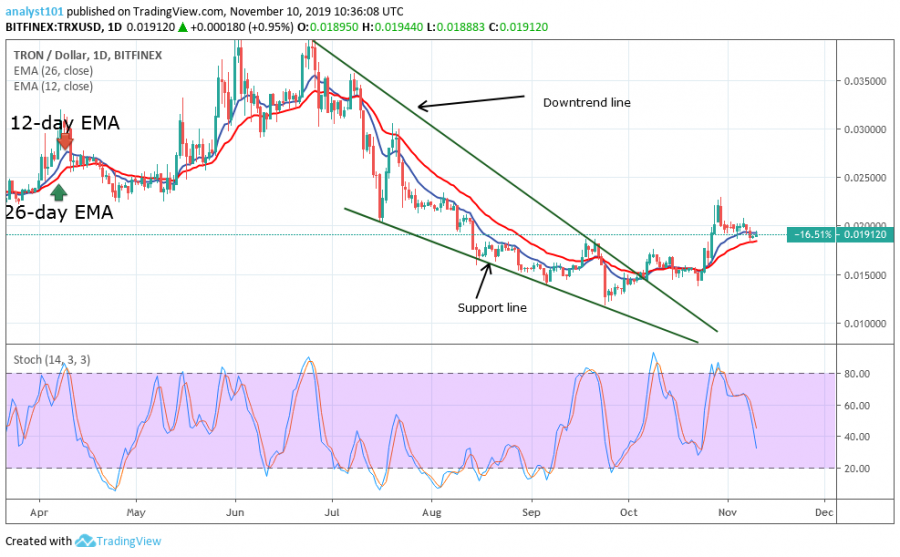 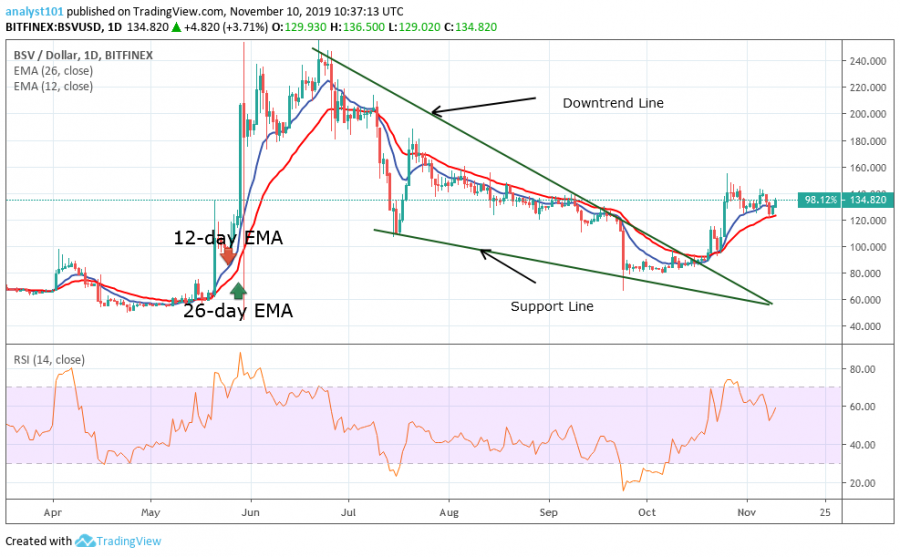