Hungary Quarantines Cash Amid COVID19 Threat, Cryptocurrency is the Medicine 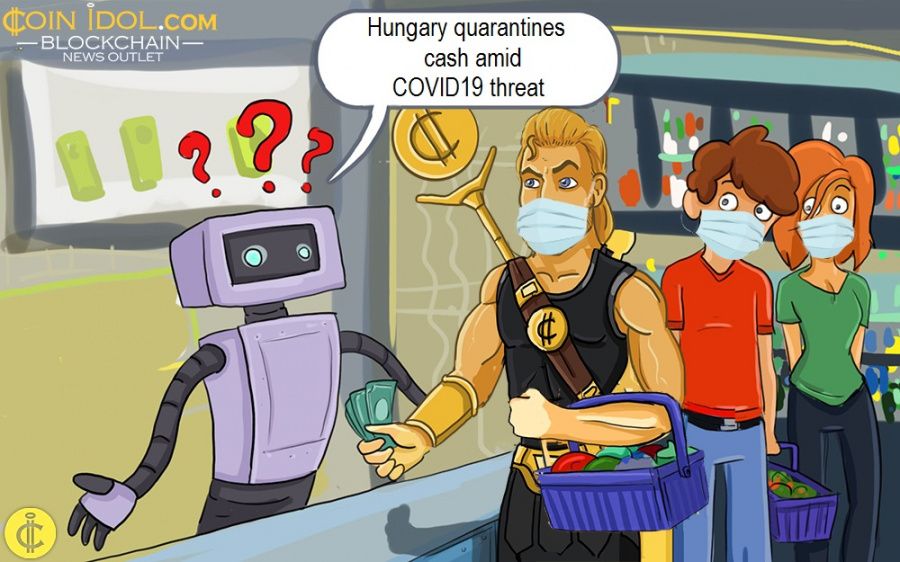 Banknotes have been quarantined to protect the Hungarian population, who are fond of cash, against coronavirus infection. The government borrowed a leaf from other countries using it around the world.

For instance, banking institutions in the Republic of Korea, considered by many to be exemplary in the fight against the COVID19, started using heat-disinfection and quarantine weeks ago. The World Health Organization (WHO) also spoke on the matter. The coronavirus outbreak has shown that Bitcoin, stablecoins and other cryptocurrencies, while still budding as a technology, can be a far better global option and economy that is facing challenges, thanks to blockchain and distributed ledger technology.

The National Bank of Hungary puts billions of dollars in cash every day into a two-week quarantine and disinfects it before putting it back into circulation. In response to this request, the central bank said that it would always 'rest' banknotes arriving in closed containers at its logistics center - in line with the virus' survival period - for two weeks.

Subsequently, the banknotes deemed appropriate and bundled are shrink wrapped and sent through a tunnel at a temperature of 160-170 degrees Celsius.

The Method Is Known

As reported, for example, by the British Metro newspaper, this quarantine system was introduced in South Korea after health and epidemic experts warned that banknotes could spread the virus. The central bank there also uses the heat treatment technique adopted by the MNB. In addition, the procedure for destroying contaminated banknotes has been tightened in Korea.

The Chinese government had previously requested credit institutions to disinfect and then dry banknotes for seven days. Coinidol.com, a world blockchain news outlet, has previously reported that the country also thought to ditch paper money. Consequently, interest in cryptocurrency increased.

According to WHO, it is Best to Wash our Hands

While not providing for the above measures, the negative role played by banknotes in spreading the virus was highlighted by a spokesman for the WHO. As the British Telegraph reports, experts believe it is possible that banknotes could carry the virus, infecting some of its users. The banknotes spin quickly, go through a lot of hands, and carry viruses and bacteria on their surfaces, the spokesman recalled.

Use of Cash in Hungary

The average stock of cash in circulation in Hungary is incredibly high. As reported by the MNB in January, it grew by 8.3 per cent in one year, reaching HUF 6,627 billion at the end of 2019. And 79% of it is circulating within the population.

Imagine, if the affected countries were all using cryptocurrencies to make digital payments and transactions, the spread of COVID19 via money notes would be completely eliminated (or not a big issue). And above all, the resources used to do the disinfection would be channeled to do other things like developing infrastructures such as roads, schools and other. Hence, cryptocurrencies and other digital payment methods including mobile money services, are trying to demonstrate their potential in these challenging periods.