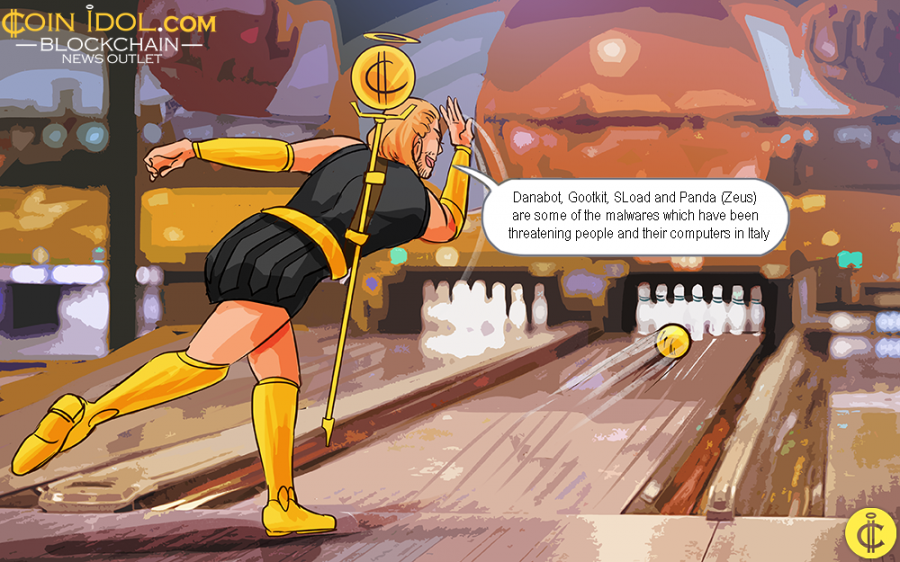 With cybersecurity still very weak, Danabot, Gootkit, SLoad and Panda (Zeus), are some of the malwares which have been disturbing and threatening people and their computers in Italy, according to Yoroi cybersecurity experts. Sensitive personal data has been lost and it is very hard to be restored. However, if blockchain technology is used, it could help users in to defend and protect their devices from being attacked and threatened by these malevolent malwares.

There are many ways bad actors and malwares can use to infect a device such as a smartphone, a computer, etc., to get into the user’s sensitive data, minus victim seeing. Such ways include spoofing emails, obsolete defenses, system bugs, and others.

Gabriele Porro has detected the 4 most malicious malwares that find their targets in Italy in 2019.

The concept is being employed in many innovative ways to improve cybersecurity, and reinforce and safeguard institutions, businesses, organizations and apps against any cyberattacks.

Blockchain-based security is grounded on distributing the evidence among several parties, that makes it difficult to tamper with or manipulate data minus being detected.

However, users are advised to carry out regular updates of antivirus and operating systems of their devices such that they can easily detect, recognize and eliminate malicious viruses, and also install key patches on any bugs which breach the security of the device. Always be very attentive and ready to defend yourself from spoofing attacks.