Republic of Cyprus to Draft Blockchain & Cryptocurrency Regulations in 2019 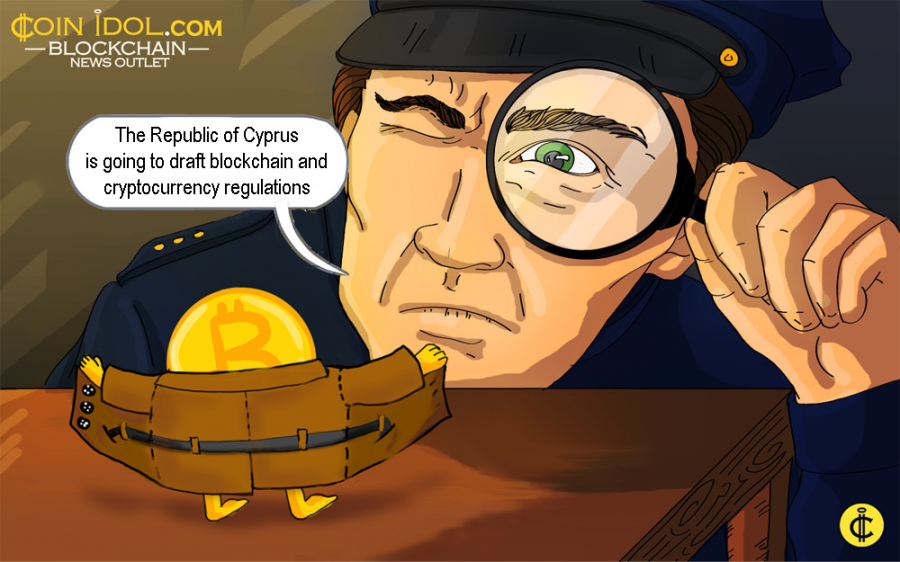 The Republic of Cyprus is going to draft blockchain and cryptocurrency regulations this year, according to the Ministry of Finance. Minister Harris Georgiades is optimistic the regulation draft will be completed very soon and will play a big part to revolutionize the finance industry in the country, Financial Mirror reports.

While talking about distributed ledger technology (DLT), the minister of finance revealed that blockchain tech is “another new significant technological revolution which is similar to that of the internet.” The initiative is such an exciting one, especially on the side of the fintech sector and it seems the Cyprus is enthusiastic with the use of innovative technologies and will do everything possible to see this legislation reach its fruition.

When it came to the Greek-Cypriot Demetris Syllouris, a member of parliament and Speaker of the House, he noted that complete implementation and application of the technology especially in both the private and public sectors is underway and that it will be a very important achievement once it is completed – it will highly transform the configurations of modern societies and this will improve the way of their operation as well as their organization.

Basing on what Speaker Syllouris said, the national strategy is in pipeline and will be revealed in the near future, and the citizens think that this will guarantee the country a sustained delight of groundbreaking novelties including Bitcoin, DLT, smart contracts, blockchain and many other digital innovations. Furthermore, a clear roadmap will be developed aiming at delving into the potential of blockchain and how best the technology can be used across various sectors while incapacitating prevailing challenges and other related hindrances.

As far as we know, the national DLT and blockchain pilot plans will have to include engagement of a wide range of government sectors such as Dept. of Land & Surveys, Tax Dept. & National Betting Authority, and others. The fintech community can’t wait to have improved and significant applications of the tech as well as strong draft rules and regulations to govern this lucrative promising industry.

Many countries in Europe including Italy, the United Kingdom, Malta, Germany, France, etc. have started to realize the sector actually needs regulation. The Republic of San Marino approved new cryptocurrency rules and regulations in the beginning of June, to properly govern the innovations and activities associated with this technology. A new committee of experts was put in place to help in making the country become the next blockchain hub in the world.

The Bank of Italy together with the Consob, Ivass and MiSE are busy looking for best applications of fintech, DLT, AI, IoT in the country’s financial, credit and insurance sector within the existing regulations, as we reported last month. Regulating the blockchain industry and worldwide recognition of Bitcoin and other major cryptocurrencies will be a great thing in life.

Tags
Blockchain Regulation Cryptocurrency Cyprus Finance Industry Technology Fintech Bitcoin Italy
Most Popular
Jan 16, 2021 at 11:53
News
Ripple Slumps as Bulls Fail to Sustain the Recent Rallies
Jan 15, 2021 at 14:11
News
US Domestic Extremists Receive Bitcoin Donations: Does Someone Want to Bring the Country Down?
Jan 15, 2021 at 13:23
News
Bitcoin Cash Declines, May Resume Range-Bound Movement between $430 and $540
Jan 15, 2021 at 12:15
News
Litecoin Recovers but Struggles to Break the Resistance at $156 High
Jan 14, 2021 at 15:28
News
5 Vulnerabilities of the Cryptocurrency Market Used by Scammers to Trick People
More