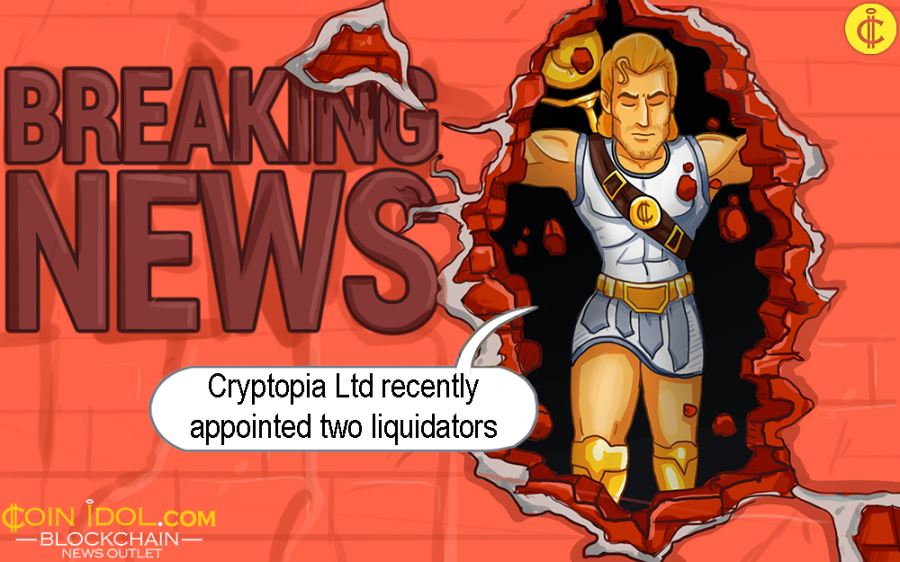 Cryptopia lost over $18 million to hackers in a period of just two weeks. This was around 9.4% of its total holdings. Some security experts believe that the North Korea group of hackers called Lazarus has a hand in this particular hack since it has been engaged in massive attacks associated with blockchain and cryptocurrency businesses.

The two unexpected hacks that happened to Cryptopia in January of this year caused a severe impact on the reputation and trade of the exchange. In the effort of bringing back the hacked company back into business so as to earn profits, the exchange took a decision to appoint experienced liquidators to meet the needs of users, staff and stakeholders.

In March the hacked cryptoasset exchange restarted in a read-only mode and the users  were told to change their password as well as Two-Factor-Authentication (2FA), and it later commenced its trading operations and started with trading on 40 trade pairs such as ADC_BTC, D_BTC, etc. which the company said that they were secure.

Liquidators David and Russell have been employed to secure that assets in order to help all company’s stakeholders, investors, shareholders, users, sponsors, patrons and others. The trading on Cryptopia is still under suspension, but other processes and investigations are underway.

One of the liquidators said that users want this issue solved quickly. The liquidators will carry out a proper investigation, in collaboration with other stakeholders to discover the best solution to this problem and that is fit for the users, investors, shareholders and other stakeholders of the company. David Ruscoe revealed that the investigation could take more time than it was expected – like months not weeks – due to the fact that the magnitude of the attack and effect were immense.

These liquidators will further collaborate with autonomous experts, police and other major authorities concerning the exchange’s responsibilities. All users of Cryptopia will be contacted in person to help in the investigations. By next week, the initial report will be published on the NZ Companies Office website.

Furthermore, after the company being down for over 12 hours, some people in the crypto community started wondering whether or not Cryptopia was attacked once more. However, the company’s official website tells its customers not to panic claiming that the platform is undergoing a maintenance process.