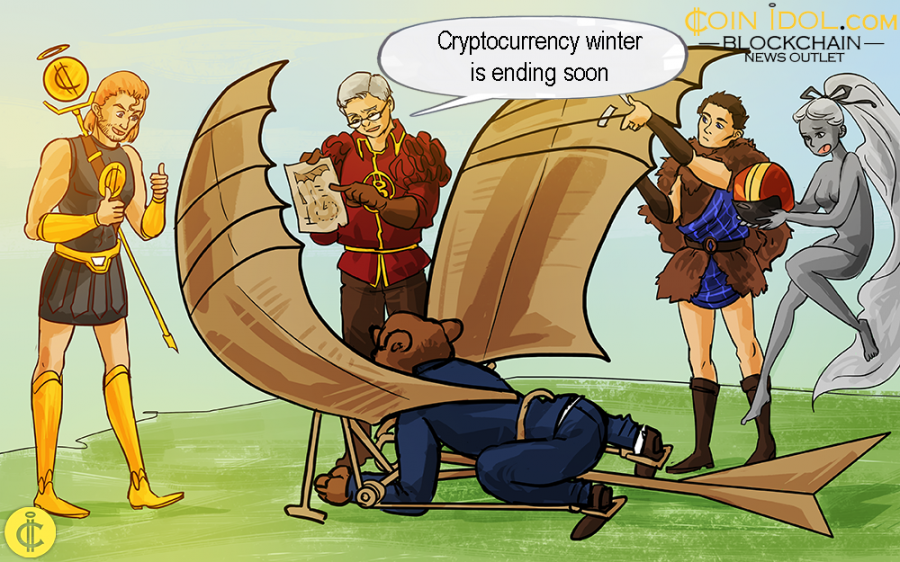 There was nothing like positive news during the ‘crypto winter’ making the majority of the cryptocurrency enthusiasts to be very quiet. Now that the evidence shows that the crypto winter is almost over, investors, enthusiasts, traders, experts and analysts will start making wild predictions of the next bull run, partnership and other relevant speculations within in blockchain and cryptoasset industry. Indeed, the ice is starting to thaw.

While Bitcoin (BTC), the leading crypto by market cap, is showing some surprising resilience and its price is becoming relatively stable amidst the bear market, many factors remain to be looked at by Bitcoin maniacs. Among the factors that have made a significant impact include the SFOX volatility factor. Bitcoin has a market cap of more than $69.255 billion and the total MC is standing at around $134.226 billion, at press time. BTC/USD trades at $3,939 (-0.26% 24h), according to coinmarketcap data.

According to last month’s SFOX Crypto Volatility Report, which was officially released Thursday, March 7, analysts weigh the condition of the cryptocurrency markets based on three metrics, i.e., the continuous advancement of the industry, the sentiment and the price momentum.

The report showed that a weighty number of assistance from eminent people supported prices and revealed that:

“Some of the ‘hype’ that we mentioned was absent from the month of January appeared to resurface in February amidst pro-crypto statements from tech personalities (e.g., Elon Musk and Jack Dorsey) and crypto pundits ‘calling the bottom’ of Crypto Winter.”

Endorsements from eminent individuals are not new to the crypto industry, and one thing that the investors have understood is that propaganda in the digital currency sector possess a substantial bearing on the price trends though they are always temporary, most particularly the thin and illiquid environment facing the bullish cryptos.

Popular individuals who say positive words on various projects are very constructive for a price change though they don’t naturally do anything else. One needs something strong to base on, not a throwaway comment from celebs.

Bitcoin Transactions Reach Highest Point in Over a Year

The report contains some good news. Transactions on the BTC network increased to their peak level in over 13 months.

“There were also more fundamental reasons to have a positive outlook on the market: transactions on the BTC network were at the highest level since January last year.”

The report also highlighted the outlook of a Bitcoin exchange-traded fund (ETF), SFOX thinks that you might actually be in the minority since there is enough evidence this headline goes on amassing considerable purchasing appetite in the crypto market.

“Even while some factions within the crypto sector question the significance and utility of a Bitcoin exchange-traded fund, the market still seems to be fairly responsive to news about its potential: in the two days surrounding this news, the price of Bitcoin surged more than 7%.”

Therefore, a trader shouldn’t dodge such important information, since the market will prove wrong all those who ignored stuff like this.