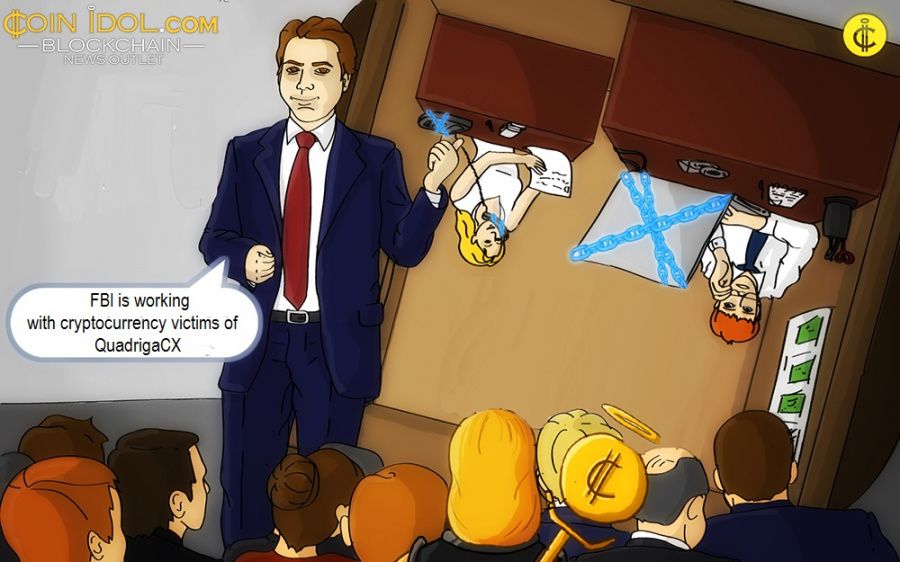 According to January 14 reports from a source close to the matter, a team from the intelligence and security service of the U.S. known as the Federal Bureau of Investigation (FBI), has decided to work with interested Bitcoin traders who lost their funds to the obsolete Canadian cryptocurrency exchange QuadrigaCX so as it can gather more facts and evidence regarding the main cause of exchange’s downfall.

As the suspected body of the late Gerrard Cotton, founder of QuadrigaCX is resting in eternal peace, FBI and the victims are yet to discover the real truth and also resolve the enigma surrounding the exchange’s collapse.

A victim maven with the federal law enforcement agency of the U.S., Valerie Gauthier, managed to send emails to a large number of victim users of the exchange in question, telling them about the new information portal where they can visit regularly and get important facts relating to the matter.

The agency has advised victim users of the now-defunct exchange to always send their questions and also give their sensitive crucial information pertaining to the case to an exclusive custom built email, quadrigavictims@fbi.gov.

As we reported last year, Cotton died in January last year from one of the hospitals in India after acquiring a serious sickness. Jennifer Robertson, deceased’s widow, revealed that it is very hard or impossible to get access of the funds belonging to the users that were stored in the cold wallet of the exchange due to the fact that her husband died before giving out the private key(s) and other password(s) of the cold storage.

In June last year, operations to ascertain all the people that fell victims were rolled out by the FBI and other agencies including IRS-CI, RCMP, etc. In April the same year, there came some reports claiming that Cotton engaged himself in an illegal activity (scheme) known as money laundering and from that point the public started to doubt his death. Different attempts have been made to prove his death. For instance, in mid-December 2019, Canadian lawyers requested exhumation of Cotton’s body and carry out DNA test in order to confirm if the person buried is actually Gerrard or not, as Coinidol reported.

Tags
Exchange QuadrigaCX Cryptocurrency FBI Service Investigation Bitcoin Trading Information
Most Popular
Jan 31, 2023 at 10:52
Price
Ripple Is In The Bearish Trend Zone While Challenging The High At $0.40
Jan 30, 2023 at 16:30
Price
Binance Coin Reaches Bullish Exhaustion and Faces Rejection at $320
Jan 30, 2023 at 12:30
Price
Weekly Cryptocurrency Market Analysis: Altcoins Consolidate Near Recent Highs In Preparation For An Uptrend
Jan 30, 2023 at 10:38
Price
Bitcoin Recovers After A Strong Rally To $23,962
Jan 29, 2023 at 11:35
Price
Chainlink Falls As It Is Unable To Maintain A Price Above $7.50
More