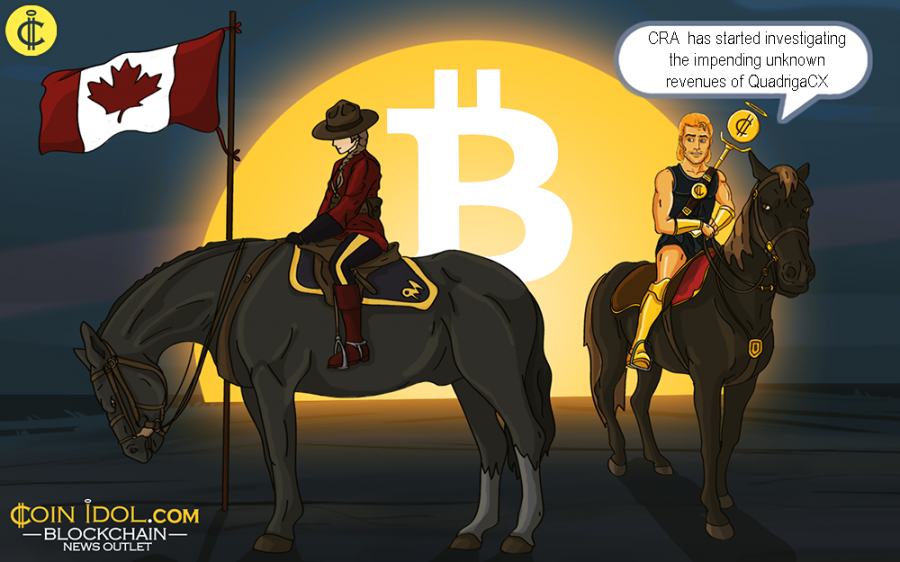 The CRA - Canada Revenues Agency (Customs and Revenue Agency), a federal authority which administers tax laws, started investigating the impending unknown revenues of QuadrigaCX, a defunct cryptocurrency exchange. On Monday Sept. 16, the Globe and Mail published a report saying that the Trustee on the QuadrigaCX insolvency case has managed to produce the tax returns files for previous earnings of the firm.

More Investigations into the Matter

QuadrigaCX is currently going through a deep-rooted audit that has demanded all tax returns dated October 1, 2015 to September 30, 2018. The firm has been in the spotlight from the time its CEO Gerald Cotton kicked the bucket from one of the hospitals in India. Cotton died before disclosing sensitive info of the company’s reserves including private keys used to access users’ money stored in cold storage.

The insolvency trustee Ernst & Young (EY), one of the world’s top 4 accounting companies, is now in charge of overseeing the liquidation actions. Meanwhile, EY revealed that the CRA’s appeal for tax returns data is noteworthy.
The insolvency trustee further said that reacting to all information appeals from different administration authorities and watchdogs will have an unswerving effect on the amount of funds available to reimburse over 114 thousand creditors of the exchange. On the other hand, EY has admitted that there is currently no lawful framework for it to reject to answer to these serious appeals.

Ever since Cotton’s death happened, QuadrigaCX has been involved in a protracted court case with the firm’s creditors, of which some have wondered madly as to the doom of the lost Bitcoin and other cryptocurrencies, and others are even speculating that the CEO is still alive.

Investors Uncertain of What is Next

The losses from the Canadian exchange were projected at approximately $73 to $135 mln. The firm took the money of numerous large-scale traders and institutional investors, who put money on their account wallets just days before the shutdown.

Inquiries indicated that for a good period of time, money from QuadrigaCX habitually shifted to the Kraken cryptocurrency exchange. The European market is among the few exchanges providing insolvency for notes (fiat currency). The exchange used to convert funds from cryptocurrency to notes, a thing that helped it to make large-scale sales.