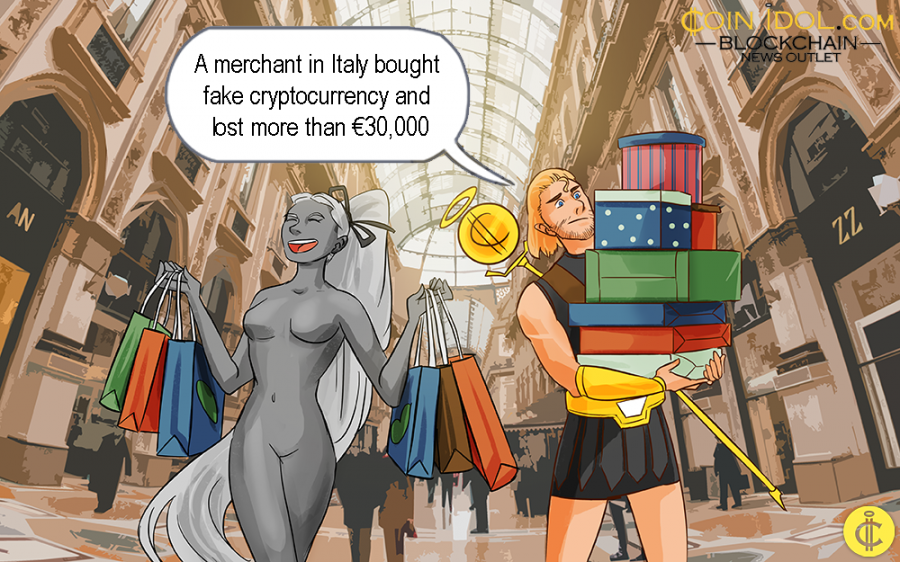 A merchant in Genoa, Italy, bought fake cryptocurrency and lost more than €30,000. The complaint was presented at the offices of the postal police. With the inspector who took charge of the complaint, explained that the merchant had bought Bitcoins for 30 thousand euros from a self-styled trader who contacted her on her cell phone.

The buyer said she closed the transaction after checking the exchange site, which she was told to rely on for the transaction, that appeared reliable to her. But after a while the buyer realized that it was all a scam: the trader vanished and the platform did not recognize her as a user.

The case of the woman, in her fifties, a merchant, is emblematic. And he put before the eyes of the investigators a phenomenon that did not seem to have taken root in the city yet: the scams in cryptocurrency acquisitions.

The complaints in Genoa are constantly increasing. In a few years ago, the complaints were almost zero and of modest size, according to an investigator, but they now dealing with dozens of complaints related to fraud. For instance, the Special Antitrust Unit in Verona is still conducting an investigation on the OneCoin cryptocurrency scandal that left many Italians in massive losses.

People are normally attracted by the great fluctuations that the price of cryptocurrencies has on the market, in particular by Bitcoin which has come to cost even 20,000 times its initial value. In short, there is the possibility of earning a lot of money and the scammers rely on the hopes of savers or digital asset holders.

They normally contact potential customers, who in the meantime have already profiled by acquiring their data on the Internet, and offer them cryptocurrency at lower prices. They bring them closer to mobile phones or by creating ads on social networks that are nothing more than mirrors for larks.

The postal police directed by the commissioner Danilo Bisio, are trying to trace the author of the scam with the help of a team of engineers and technicians who delves into the dark web to find the traces left by fraud-hackers. However, it is far from simple, indeed cases involving scams through fake crypto purchase transactions are difficult to resolve. However, in the meantime, Italians can use some of these ways Coinidol reported earlier to escape cryptocurrency and blockchain scams.