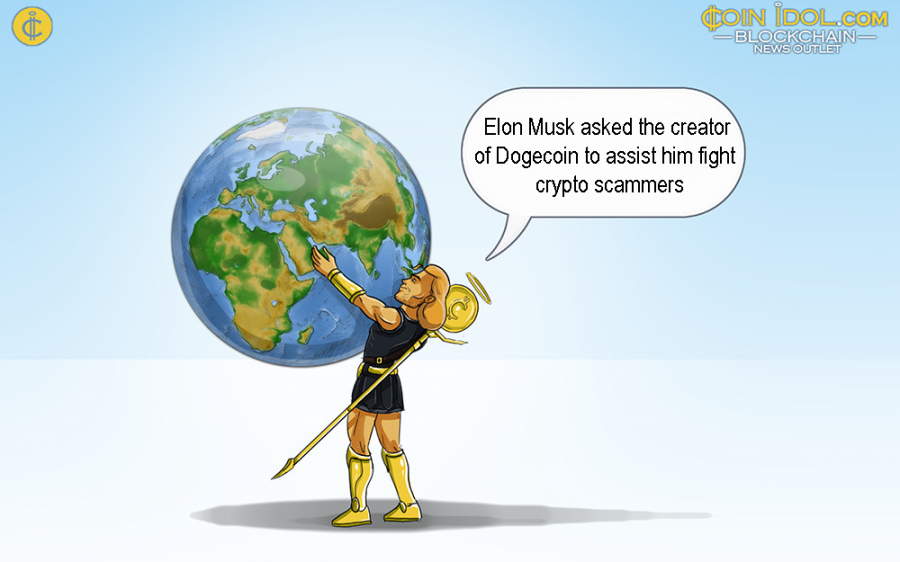 Elon Musk, CEO SpaceX and Tesla, asked the creator of Dogecoin, Jackson Palmer, to assist him in fighting the "vexatious" Crypto scammers and swindlers on Twitter in a tweet on September 17.

"@ummjackson if you can help get rid of the annoying scam spammers, that would be much appreciated."

"If you DM me (your DMs aren’t open), I’ll send you the script - it’s short, simple and you just run it with cron somewhere."

It seems that Elon didn't take a lot of time to respond, as in a few minutes Jackson tweeted an update:

"Update: Elon has the script... we had a good chat on how @jack and the Twitter team should definitely automate and fix this problem on their end though."

Way back in July this year, a tweet by Elon apparently alluded that the billionaire CEO was impressed by scam bots impersonating popular people on Twitter, including Elon Musk, in an attempt to illegally swindle Ethereum and other bullish Cryptos. He then wrote: "I want to know who is running the Ethereum scambots! Mad skillz."

Elon isn't the only public figure to have been impersonated by scam bots. Several scam accounts on Twitter have struggled to stand as Charlie Lee, a Litecoin founder while others still personified Pavel Durov, CEO and founder of Telegram.

In spite of Jackson Palmer getting a name-drop from Elon Musk, the price of Dogecoin and its capitalisation have stayed somewhat more of the same over the past day (24-hours), as per CoinMarketCap data. Earlier September was a boom for the coin, Dogecoin also registered a significant increase since Thursday, August 30, at one particular point surging by 135% in just 3 days.