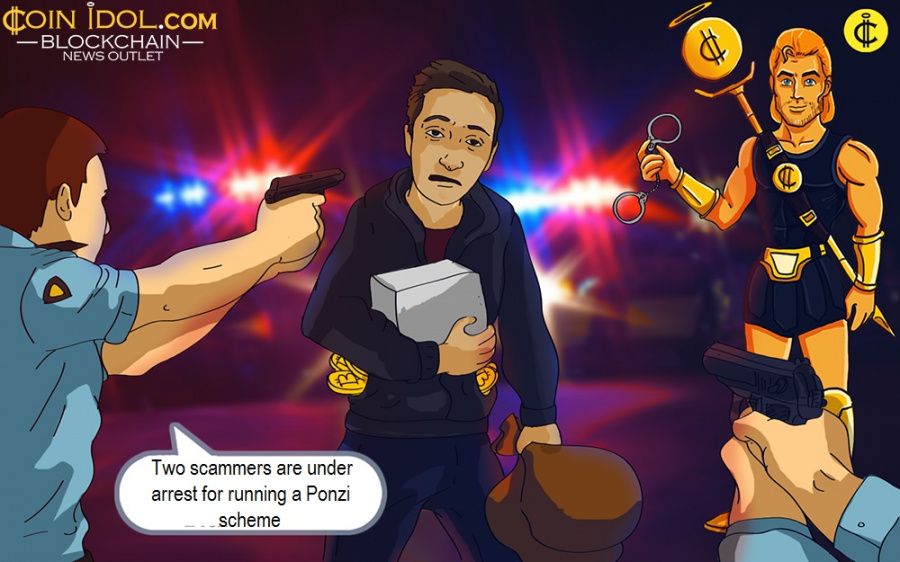 More digital currency snags as two notorious Arizona Men that operated a $1,000,000 USD cryptocurrency Ponzi business are under arrest for promoting illegal activities.  Tokens are gradually becoming a common practice in the sports sector globally, and since we have had bad players in this nascent field, this scam doesn’t come as a surprise to many.

Just a while ago, a different scrumptiously disgusting fraud in the digital asset domain. Now, it seems that the arrangers of this Cryptocurrency Ponzi scheme christened Zima Digital will see their punishment.

The scammers from Arizona, United States, Zachary Salter, and John M. Caruso, all in their late 20s, have so far duped over 100 investors on almost $7.5M in the most recent 18 months. Some of their prey were many big baseball athletes plus their folks.

The crooked pair was detained by the American Secret Services at the end of last month. Caruso was called “Kryp+0K!ng". And named himself the "Michael Jordan in terms of trading cryptocurrencies".

Living a Lavish Way of Life

It looks like the duo have no worries about using other people's funds to support their lavish way of life. Both of them live in private mansions valued at more than $9 mln.

As per the US Dept. of Justice plaintiff, he further consumed an additional $350k on the rental of luxury cars, including a Ferrari, an Aston Martin and a Rolls Royce.

Caruso also has a penchant for flying on private jets. His favorite places were Cabo San Lucas, New York, Aruba, Hawaii, Dubai, London, etc. As if that was not enough, the dishonest villain managed to lose around $1.4 mln in Las Vegas.

Regardless of them being young, these two people had earlier participated in other unpleasant cryptocurrency transactions. Their vast criminal past included cryptocurrency extortion, falsification, coercion, money laundering and assistance in an illicit syndicate. The two used to attract and persuade other people via social media platforms including Instagram to come and invest in this Ponzi scheme.

As coinidol.com, a world blockchain news outlet, also reported last year in July, a good number of South Africans fall victim to such programs and lost their huge sums of hard earned money. There was another big ponzi in 2018 that involved Ethereum - gambling dapp - and over $7 million worth of ETH was chewed up.