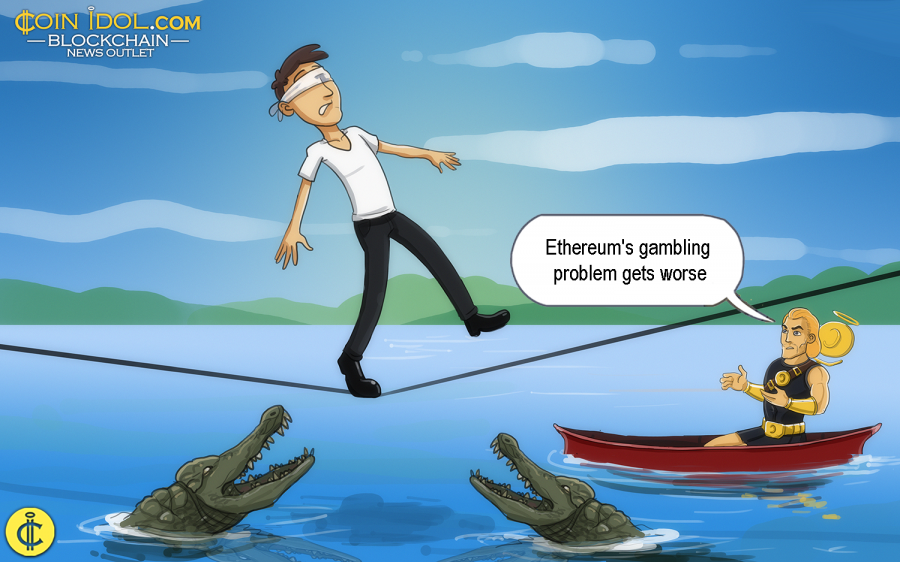 From July this year, things resembling Ponzi schemes, fraudulent schemes where earlier investors are paid with the money taken from new investors, giving the impression that the scheme is a viable investment, have flooded the charts among decentralised applications (dapps) operating on the global's second-biggest Blockchain, exceeding even the pace of famous CryptoKitties.

But if the user counts and transaction volumes watched on these applications are huge, soo to is the magnitude of interest over the many risks consumers experience when using them. Warning cries are mounting, coming from technologists that aren't clear for their risk secrecy, a collection that includes gambling dapp developers themselves.

Team JUST, developers of FOMO 3D, a group of unknown developers behind the gambling dapp, cautioned last week that what appeared to be a near similar copy of its game was chewing up one-third of the network's overall computational power, increasing more than $7 million in Ethereum within a period of a week.

Team JUST conveys that the game basically utilises its own 200,000 Ether, as a way of facilitating thousands of transactions that are done by computer bots. The aim is to offer the appearance of lawful and popular gambling dapp, thereby enticing users to participate with their own Ether hoping to win and reap big.

Pseudonym "Justo_Bot," cautioned users that LastWinner might be operated by illicit criminals. He wrote:

"The scale of this wallet, the scale of these bots. The amount of sheer gas being used. I genuinely think you're probably looking at a crime syndicate running this in China to scam people on a scale the ethereum network has never seen before...It's very bad."

However, just because something appears like a fraudulent deal, that doesn't mean it is.

Lane Rettig, Ethereum developer, determinations about the landscape of operation created by the purported LastWinner dapp can't be positive.

Amberdata CEO Shawn Douglass, said that gambling dapps and their corresponding clones don't appear to be disappearing anytime soon given their attraction to an increasing base of users on Ethereum.

"If there has been a demonstrative mechanism that you can enlist a lot of participation and accrue a large amount of money, I think you'll see more of these... I don't think the ethereum foundation can control it in that it's a decentralized organization."