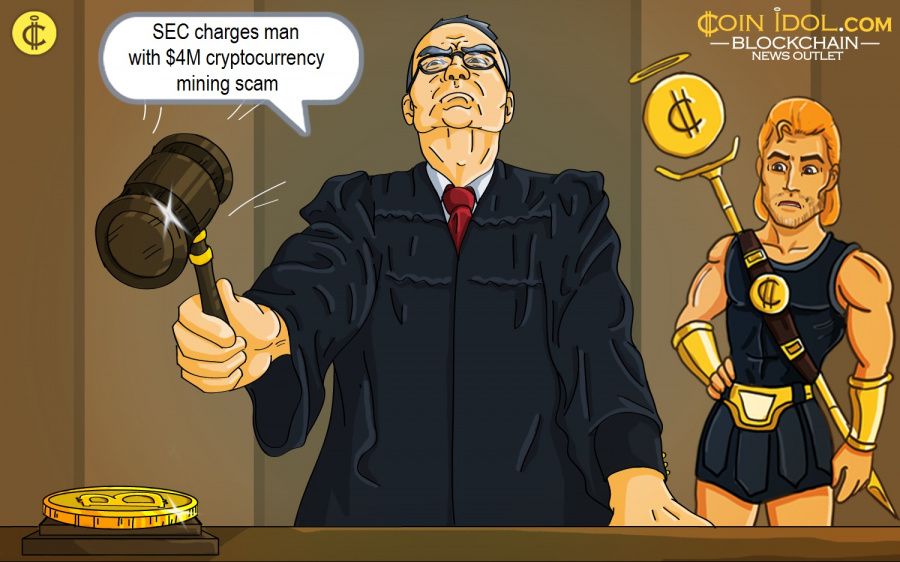 A suspect identified as Donald G. Blakstad from the United States of America is facing legal action by the agency responsible for implementing federal laws, Securities and Exchange Commission (SEC), for supposedly operating a fake cryptocurrency mining activity.

The dealings included a big automobile parts holding company, an oil and gas company, plus “Energy Sources International” (ESI), an alleged digital asset mining undertaking where the suspect was the only active worker.

According to the complaint, the event includes an offering deception arranged by Donald in which he managed to collect more than $3.54 Mln from around 14 cryptocurrency venture capitalists via the deceitful offer and sale of securities in 3 firms the suspect possessed and managed.

Rather than investing as assured, Donald illegally took the majority of stockholders incomes for his individual gains, including disbursements of funds on private entertainment, the buying of a stake in a certain topnotch nightclub, buying the most expensive vehicles, and facilitating malevolent securities trading.

Via his alleged digital asset mining firm, Donald purportedly swindled $550k from 5 investors. The man in question told the investors that their funds would be applied to settle equipment outlays.

Nevertheless, the U.S. SEC revealed that Blakstad used up about half of the capital at funny things including restaurants, hotels, vehicles and casinos. In the summer of last year, Donald was also accused in a separate approx. $6.25 Mln insider trading scheme.

Such scam cases related to digital asset mining operation have been happening in this industry, and massive stockholders and investors have made a lot of losses.

Another phony digital asset mining business known as Bitqyck, successfully sold more than $13 Mln worth of cryptocurrencies to about 13k venture capitalists.

The firm was to generate digital asset using cheap electricity rates. However, the U.S. SEC later discovered that this deal never existed. Founders of the company was advised to compensate $13 million to investors and were also fined with around $10 million.

Tags
Mining Cryptocurrency Securities USA Scam SEC Fake
Most Popular
May 13, 2021 at 11:05
News
Giant Telecom Companies Turn to Blockchain to Speed up Technological Progress
May 12, 2021 at 15:03
News
Cardano Consolidates Below Recent High as Bulls Attempt to Breach $1.80 Resistance
May 12, 2021 at 14:03
News
Most African Countries Cannot Access Akoin. How True is the One Africa, One Koin Sentiment?
May 12, 2021 at 14:00
PR
Spring and Bondly NFT Partnership Unlocks Digital Potential for Creator Economy
May 12, 2021 at 12:59
News
Bitcoin Cash in Sideways Move, Battles Resistance at $1,600
More