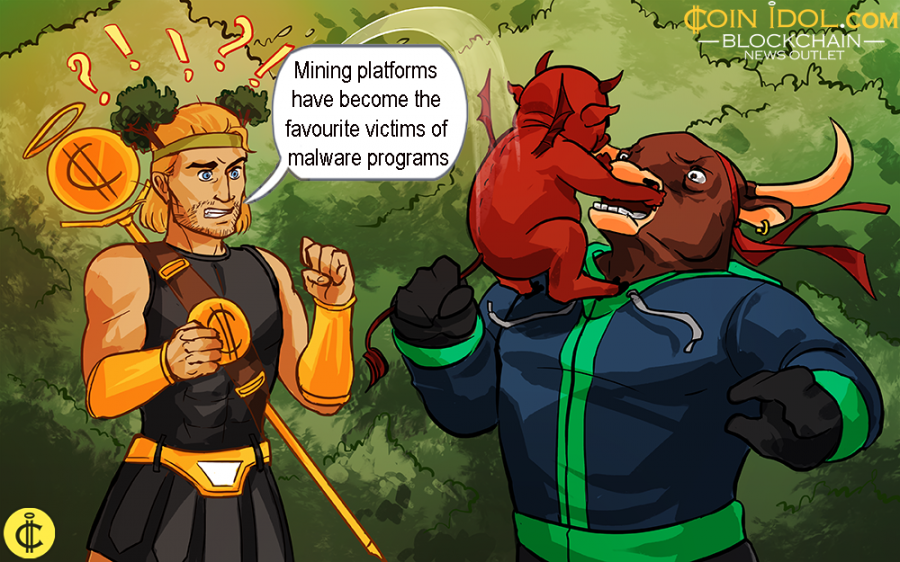 Ransomware has always been the main means of getting access to easy money for cybercriminals. However, the tendency shifted since new powerful financial technology began to evolve. Cryptocurrency mining platforms, especially those focused on Bitcoin and Monero, have become the favourite victims of malware programs.

Kaspersky Lab, a Russian-based cybersecurity firm, has recently published a report, revealing detailed information on cybersecurity issues that were of major concern this year. Fraudsters have started to move away from traditional ransomware and looked for applying malware in crypto mining rigs instead. Furthermore, they have also begun to use botnets for their dark purposes. The Kaspersky’s report explains that the main facilitator of this process is competition in the distributed denial of service (DDoS) market. It makes profits go down, so in most of the cases, users don’t even notice an active malware on their crypto mining machines.

“Mining differs favorably for cybercriminals in that, if executed properly, it can be impossible for the owner of an infected machine to detect, and thus the chances of encountering the cyberpolice are far lower. And the reprofiling of existing server capacity completely hides its owner from the eyes of the law,” the report states.

Cybercriminals may prefer this kind of fraud because of its relatively low cost. Besides, ready-to-use programs and miner builders are very popular as they allow creating a completely new version of malware. There are also some cases of cryptojacking malware being installed on users’ systems or masked as other items, for example, Adobe product updates.

How to Avoid Malware

According to Kaspersky, the most frequently used digital currency by cybercriminals is Monero (XMR). The main reason for it is probably its anonymous algorithm. In addition, XMR is easy to sell, as it is accepted in most popular crypto exchanges. Thus, try to restrain yourself from buying anonymous virtual coins, such as Monero.

Don’t use pirated software, as malware focused on crypto mining is typically distributed via such applications. The report shows that the number of attacks corresponds with the distribution of malicious programs. So, if the unlicensed software is easily distributed with no restrictions, there is a higher chance of miners getting infected with malware. Adware installers distributed using social engineering techniques has been reported as another popular way of cryptojacking.