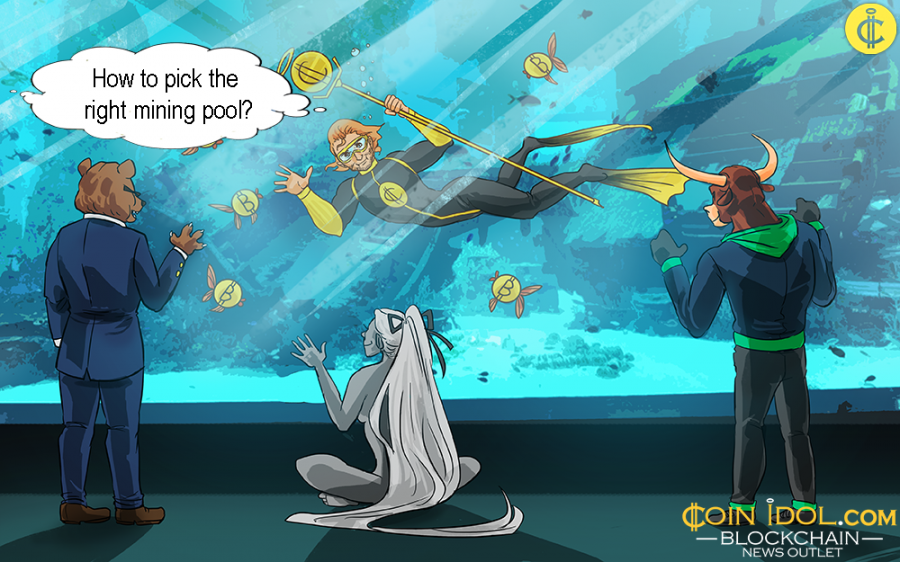 The people who adopted Bitcoin earlier, benefited a lot from it, especially during the cryptocurrency bubble in December 2017 when they saw weighty block rewards and massive gains from this money-spinning new venture. The time when Bitcoin had just surfaced, its mining was relatively cheap, but when its price and popularity started to increase uniformly, the mining difficulty followed suit. Now, pools appear to be a big deal for crypto investors who want to venture into mining.

Intrinsically, crypto miners that also set up large-scale businesses were capable of adjusting to changes such as buying additional modern hardware to carry out mining activities on a big scale. But, most of the small-scale miners were affected by the aggregate strain, since their hardware were yielding a bungling hash solution to the next block.
Crypto mining is a practice through which new cryptocurrencies are put on the blockchain network, and it is through this, when the transactions are confirmed and put to the blockchain distributed (public) ledger.

This particular matter resulted in the arrival of digital currency pools, that are widely regarded as the saviors of the crypto market. A pool is a structure that clouts the processing power of all its operators concerning cracking the multifaceted mathematical equation necessary for discerning a new block. When you achieve the block reward, the tokens are therefore properly spread to the respective users depending on the amount of power donated by each.

For that reason, pools help in solving some critical difficulty enabling small-scale miners who don’t have enormous hardware power to participate in the mining market. Selecting the veracious pool is somehow challenging, due to the massive choices readily existing on the market.

On top of changing terms and conditions, every pool has got a projected hashrate, input fee, plus a reward type. Miners should also consider the following selection criteria and factors before choosing a pool. The factors include infrastructure compatibility, task assignment mechanism, pool transparency by operator, payout threshold and frequency, pool stability and robustness, pool fee structure, and many others.

Miners who want to join the industry should consider the aforementioned factors into consideration before anything else, so as to get a clear idea of what to find from each of the pools.

Currently, there are more than 4.5 million Bitcoins which need urgent minting via mining, so, this is the right time for all those willing and able to participate in Bitcoin and crypto mining business, as it is expected the last piece of Bitcoin will be mined in the year 2140, if things don’t change.

Bitcoin mining is cheap in countries where the electricity cost is relatively cheap. Since mining is centralized, 15-20 fintech businesses have claimed a wide range of network hash power. Currently, China has the majority number of pools with 81 percent of the network hash rate, followed by other countries such as Czech Republic (10%), Iceland (2%), Japan (2%), Georgia (2%), Russia (1%), United States, United Kingdom, France, Germany, Malta, Iran, Canada, Italy, and others.