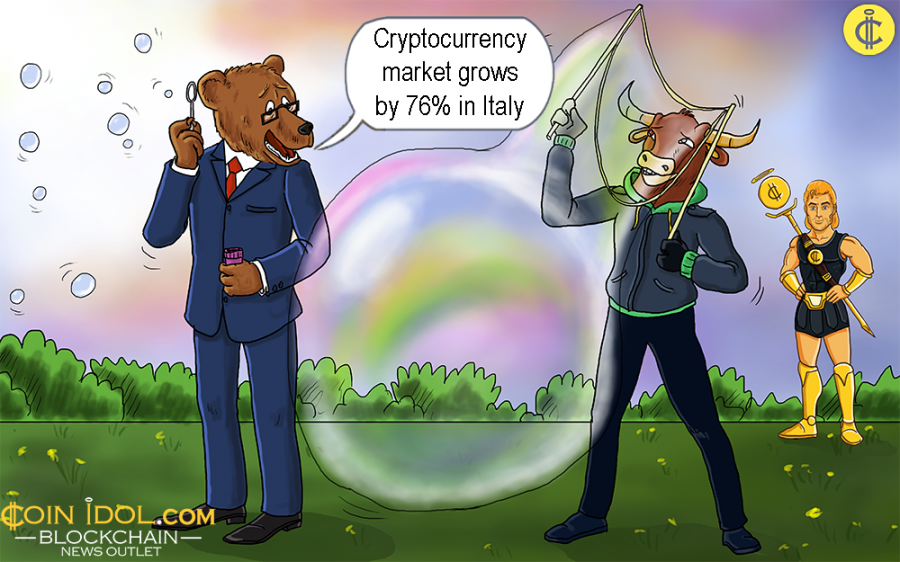 According to the Polimi Observatory data, the most active firms are financial companies with 48%, public administration (PA) with 10% and 8% for logistics operators, but a lot still needs to be done: 60% of the total companies do not have a dedicated budget, and just 2% of them consider blockchain technology as a major priority.

The blockchain technology has now unchained its purpose from that of cryptocurrencies and it has got the maximum visibility to enter the financial sector. While Bitcoin and other cryptocurrencies are feeling a tough time and a deep plunge in market capitalization, the technology on which cryptoassets are based has started to operate independently and to use its potential on a comprehensive scale, enticing the attention of giant firms.

Recently, the sites of Bi-Rex competence centre were opened in Bologna – the first public-private consortium of 8 planned in Italy by Industry 4.0 Plan, as reported by Coinidol. Industry 4.0 pilot plant wants to start using blockchain technology in mechatronics.

Several publications, prototypes and operational projects are rolling, with more than 56%, mostly because of the rapidly growing interest in the topic especially in the financial industry, which alone accounts for 48% of blockchain projects, PA follows with 10%, and logistics operators account for 8%.

The nascent technology is predominantly used for payment management and document management – these two make up 24% of the total, and 22% is for supply chain traceability. Last year, Italy was able to get a noticeable place in the European panorama by the number of projects, with around 19 initiatives which were able to count on high media visibility with a total of 150.

Still, the market is still nascent, and can depend on abundant development opportunities: according to a survey conducted on 61 Chief innovation officers of enormous Italian firms, it appears that 59% of firms have launched experimentations or are about to begin, but investments are still restricted and around 59% lack a dedicated budget.

In addition, 26% of the sample say they have a high knowledge of "blockchain," while around 31% are still ignorant about the subject in question. 32% will be a revolution and 2% of the IOC reflects it as a main concern.

These are some of what resulted from the research conducted by the Blockchain Observatory & Distributed Ledger of the School of Management of the Milan Polytechnic, which was officially presented during the conference "The Universe of the Internet of Value, among the galaxies of the Blockchain"  at the Bovisa Campus.

"The collapse of the value of cryptocurrencies has not slowed down the evolution and spread of Blockchain among companies, which indeed recorded a strong growth in the number of announcements and operational projects - says Valeria Portale, Director of Blockchain Observatory & Distributed Ledger - In Italy only 3% of large companies have already operational projects and investments are still limited, partly because most companies have little knowledge of this technology, but growth is expected in the coming years. To reap the benefits of this revolution it will be necessary to work on the barriers that are currently limiting its use: the lack of skills, the scarcity of available resources and the difficulty in assessing the expected benefits."

"Blockchain has matured much in 2018, thanks also to the efforts of the developer community to evolve the Distributed Ledger platforms that make up the Internet of Value, a system that allows the exchange of valuable assets without intermediaries and in programmable way through the so-called smart contract - says Francesco Bruschi, director of the ' Observatory - In addition to Bitcoin there are over 800 with different characteristics. The development of a multitude of platforms can raise a question: which of these will prevail over the long term? In this scenario, many value exchange platforms will coexist, together with their respective tokens, which will be used for different purposes."

However, the growth in the use of blockchain technology, cryptocurrency and smart contract adoption in Italy is facilitated by amendments in the DL Simplification Decree 2019.