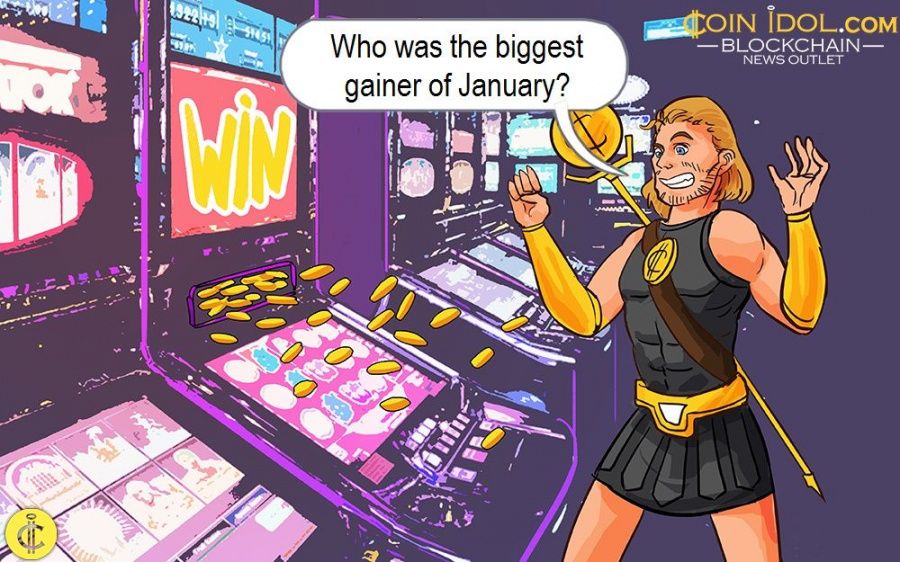 The year 2021 arrived when most of the popular cryptocurrencies had gained much momentum in the market. A variety of virtual coins including Bitcoin (BTC) plunged in volume and prices.

In January, the original cryptocurrency Bitcoin managed to hit its new all-time high of $41941.56 (which it hit on Jan 8th).

Albeit, there is no major digital currency among the top 10 among the top gainers of January in the overall crypto market that has more than 8,361 registered coins.

CoinIdol, a world blockchain news outlet, created an overview of the best 5 crypto performers of January. 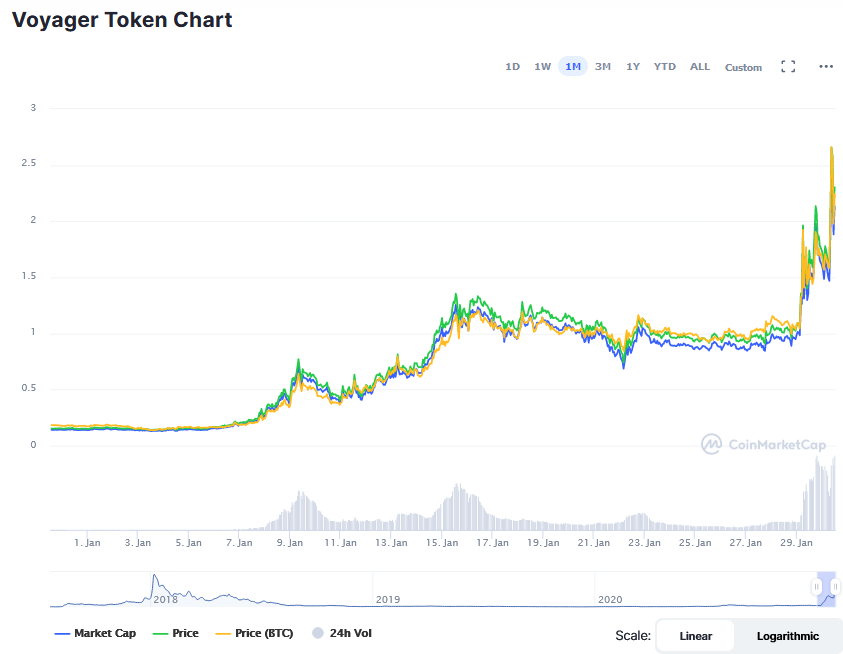 VGX is a crypto broker token and is currently ranked 61 by CoinMarketCap (CMC). It is being traded on a variety of crypto exchanges including ATOMARS, Binance, Uniswap (V2) and others.

In this month (January), Alpha Finance Lab (ALPHA) performed very well in the market sales and it managed to gain by over 1199.60%. The price of ALPHA/USD is now at about $2.03 and is being traded on various exchanges such as Dcoin, Binance, Bilaxy, ZT, and VCC Exchange. The ALPHA is a cross-chain Decentralized Finance (DeFi) and its MC is around $353 mln and a volume (24h) of $244.892 million. 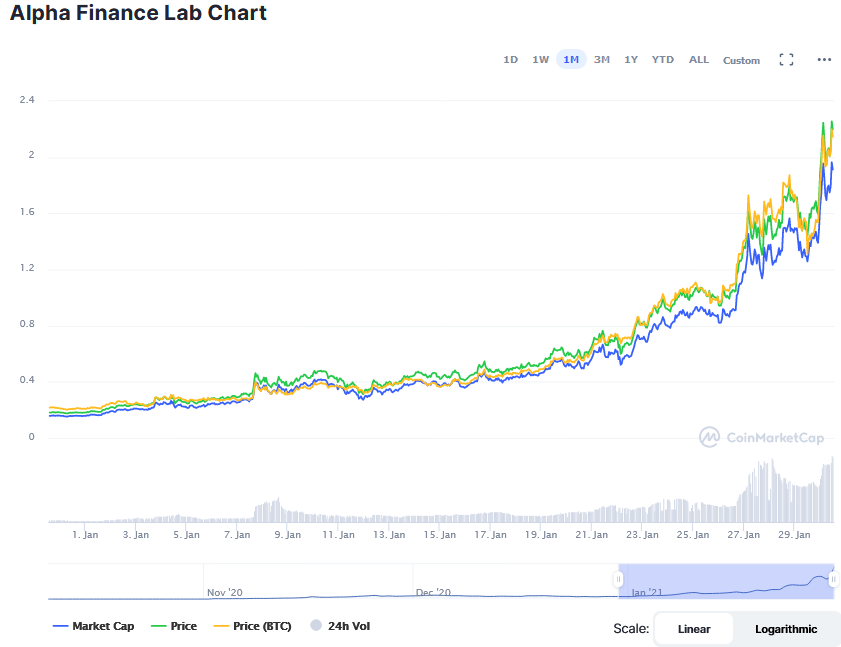 One of the main reasons why this coin is gaining much traction in the market is its innovations in the field of DeFi products. The token will soon be accessed by users across many various blockchains such as ETH and BSC.

ALPHA ranks 81st by market capitalization. The lowest monthly rate was registered on January 4. It amounted to $0.24. The end of the month has seen a price spike that brought the coin to a high of $2.32 on January 30. The chart pattern witnesses the bullish trend of the coin which is likely to extend in February.

Fantom (FTM), which is ranked 91st, is at the time of press trading at about $0.110. However, regardless of its bearish end of the month, FTM has been one of the best performers in January.

Fantom has managed to grow by about 641.25 percent. Currently, the coin is being traded in a variety of exchanges including HitBTC, Binance, MXC.COM, VCC Exchange and many others. 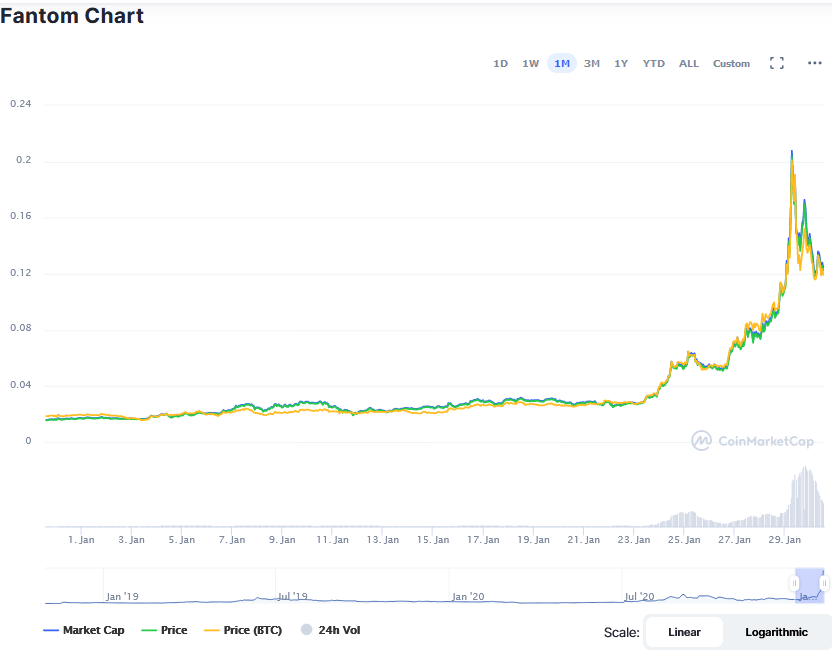 For a long time, it has been hard for Dogecoin (DOGE) to convince its users that it is a real project. From 2017, Dogecoin has been involved in many scam scandals and most people thought it was a pyramid scheme. But now, it looks like people have regained confidence, and that’s why it is trading like a hot cake.

Throughout January, DOGE has managed to gain by 641.05% and is currently changing hands at around $0.0336 on most exchanges trading it including BitAsset, YoBit, BitZ and many others not forgetting Binance. 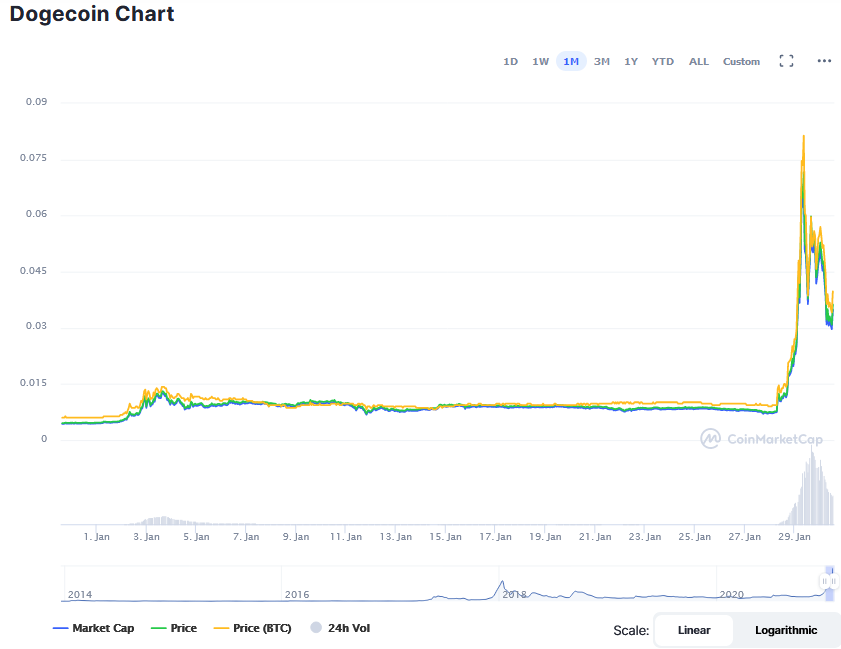 FunFair (FUN) was built on the ETH blockchain network and is trying to penetrate the crypto market so that it can also be used widespread just like Bitcoin. The current price of FUN is $0.044 with an MC of $292,067 mln and volume of $109,139 mln. 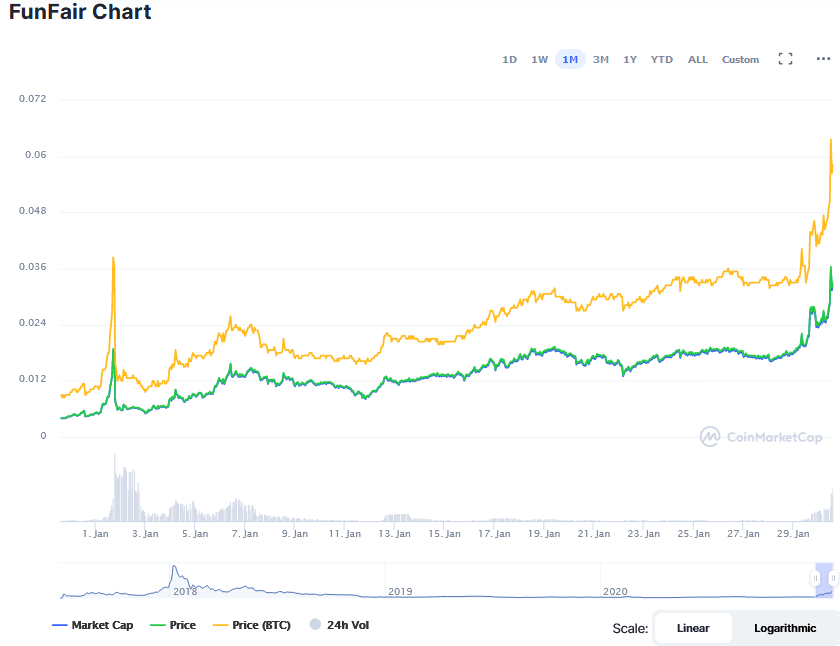 In the first month of 2021, FunFair has gained tremendously by over 496.03 percent. During this month, its low was $0.0052 on January 2, and its high was $0.026 on January 31. During the first two days of February, the coin showed a significant boost, triggering the assumption that it might have entered a bullish trend.

Disclaimer. This analysis and forecast are the personal opinions of the author that are not a recommendation to buy or sell cryptocurrency and should not be viewed as an endorsement by CoinIdol. Readers should do their own research before investing.