Cryptocurrency Exchanges Delist Monero Due to Its Criminal Reputation 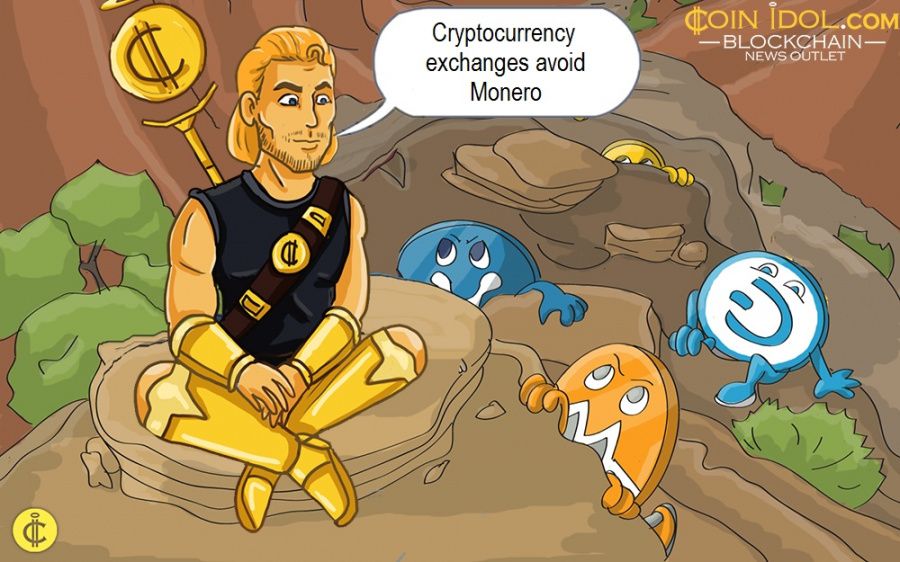 Monero cryptocurrency offers its users enhanced anonymity features. However, this feature is favourable not only to ordinary traders but also to criminals taking advantage of the coin for illegal purposes. This makes some cryptocurrency exchanges avoid dealing with the coin.

Thus, on July 24, one of the top cryptocurrency exchanges Coinbase announced plans on delisting Monero. The company’s CEO Brian Armstrong stated they want to avoid possible scrutiny due to regulatory uncertainty about Monero in the USA. While taking part in a What Bitcoin Did podcast, Armstrong admitted that privacy coins like XMR might become “more mainstream” over time, and then Coinbase would consider listing them again.

However, now the company cares about its solid reputation, hence, it decided against supporting the cryptocurrency associated with crime.

In late 2019, an Estonia-based exchange BitBay also announced cancelling support for Monero, explaining such a decision by regulatory concerns. As the XMR underlying technology applies ring signatures, it allows concealing the user’s identity, thus making Monero very attractive for money-laundering as well as other criminal activity.

The privacy coin was delisted from BitBay exchange on February 19, 2020, while the users were still able to withdraw their Monero savings to May 2020.

For the very same reason, XMR cryptocurrency was delisted by the South Korean branch of OKEX cryptocurrency exchange in 2019. Back then, they also delisted Zcash and DASH as both coins offered enhanced privacy features and might be used for criminal purposes as well. The exchange was forced to make such a decision due to pressure from the Financial Action Task Force (FATF).

Indeed, the general volume of XMR transactions has increased sharply in 2020, as reported by CoinIdol, a world blockchain news outlet, meaning that the coin’s criminal reputation is decently backed. Monero was involved in numerous scams and attacks including that at the Medical School of the University of California.

A powerful cryptojacking malware symbolically called Lucifer also uses XMR as the main currency. The computers infected with the malware are secretly used to mine Monero without their owners being aware of it. These are only a few cases of the coin’s entire track record, meaning the exchanges’ concerns are not groundless.

On the other hand, Bitcoin transactions on the darknet have seen a decrease since the beginning of 2020, proving that even criminals choose it for storing of value rather than for payments. However, as research proves, the USD remains the leading currency used for illegal purposes, having overcome cryptocurrency by far. Only 1 of 49 marketplaces on the darknet accept cryptocurrency.

Because no one has plans to ban the US dollar as well as other fiat currencies for their “criminal background”, such cautiousness for Monero might seem a bit strange. Despite allowing for greater anonymity and being a tool for concealing traces, XMR use for illegal purposes still lags far behind that of any fiat currency people still use every day.