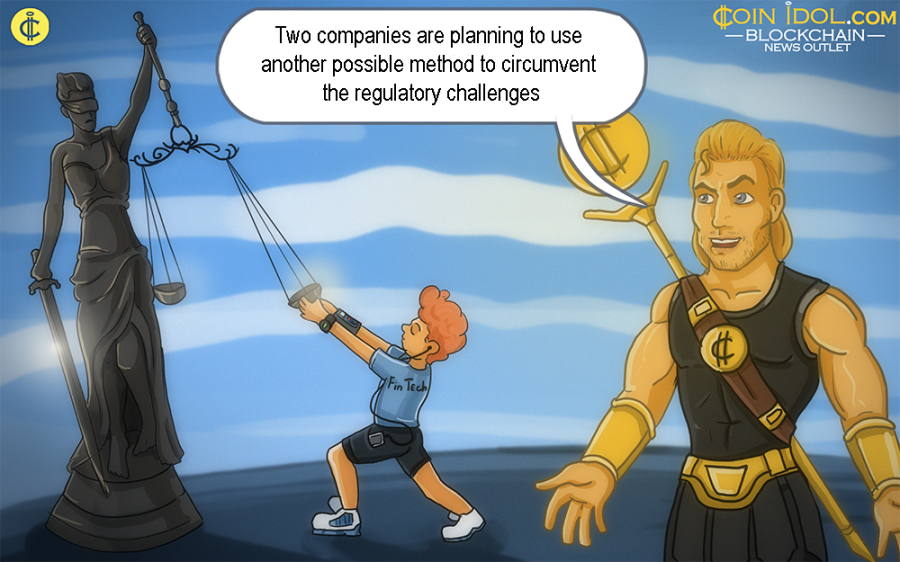 Several Bitcoin (BTC), cryptocurrency and blockchain advocates have been trying, without much success, to get regulatory authorization for funds so that cryptocurrency like bitcoin can be brought to potential investors. Two giant companies are now considering using a temporary fix.

The US SEC, an autonomous authority responsible for putting into effect the federal securities rules and regulating the digital securities markets, has often suspended the decision on digital asset exchange-traded funds (ETFs) applications, and that is why the two firms by the names of VanEck Securities and SolidX Management, have come out to plan on how to unveil a new limited alternative before this week ends.

The two companies revealed on September 3 that they are planning to use another possible method to circumvent the regulatory challenges. They will have to use the agency’s exemption which will accept shares in their BTC Trust to be provided to various organizations like hedge funds and banking institutions, not retail venture capitalists.

The firms are to begin selling shares from Sept 5 using the agency’s Rule 144A, that permits clandestinely sited securities to be bought or sold amid competent established purchasers with diminutive holding phases and minus the obligation of registering with the US SEC. These particular shares will give influential buyers a direct access to a materially-supported BTC which is merchantable via customary and principal brokerage financial records.

Depositors are also protected against “the burglary or forfeiture” of the cryptocurrency passwords held by the reliance, and are delivered flexible creation and saving of shares, the companies.

Waiting for the Verdict on ETFs Proposals

Up to the present time, the US SEC has not sanctioned any Bitcoin ETF, even though Commissioner R. J. Jackson revealed previously that he is optimistic an ETF application will ultimately comply with the SEC’s set standards.

As Coinidol reported last month, the US SEC also suspended verdicts on 3 cryptocurrency ETFs applications by giant cryptocurrency managers including Bitwise, Wilshire and VanEck/SolidX, the institutions that want to be among the platforms to provide Bitcoin ETF in America. The SEC deferred the decision to Sept and Oct. ETFS are believed by a large number of Bitcoin advocates to be a stepping stone for mass adoption of cryptoassets and blockchain tech.