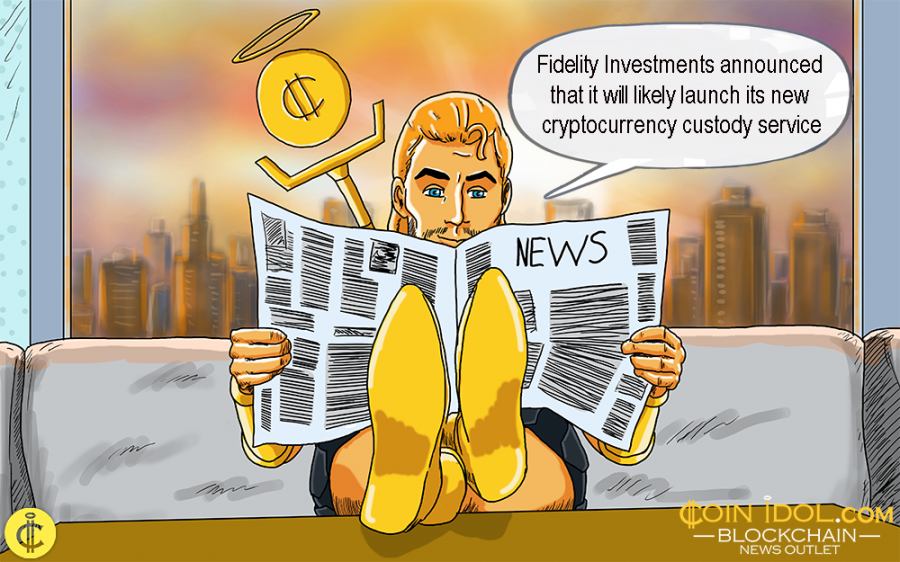 US-based company Fidelity Investments announced that it will likely launch its new cryptocurrency custody service in March this year. Fidelity plans include that the Bitcoin (BTC) storage will come first and then Ethereum (ETH) will follow.

Custody services, which are cliché in the traditional stocks and bonds markets, are third-party services which hold an asset to decrease the risk of theft.

Fidelity revealed in a statement:

“We are currently serving a select set of qualified customers as we continue to create our initial solutions. Over the next months, we will exhaustively engage with and prioritize prospective customers based on needs, jurisdiction and other major factors.”

“I’m a believer. I’m one of the few standing before you today from a large financial services firm which has not given up on cryptos.”

Now the storage constituent of Fidelity Digital Asset Service LLC (FDAS) is active, with some significant assets under management. According to the report by Bloomberg, Fidelity administers more than $7.2 trillion in client assets.

A March rollout would fit the timeframe recently set by the executive in charge of FDAS, Tom Jessop. In December last year, Tom said that FDAS would open for business probably in Q1 of this year.

It is still ill-defined when the other section of FDAS - factoring trades of digital assets between the customers of the company and the market makers, will start up.

FDAS disclosed last fall that it was developing an effective cryptoasset trading & storage platform. By that time, Tom revealed that some of its institutional customers were willing and able to penetrate into the digital currency industry, but required a more “trusted platform provider” before joining.

“These institutions need a sophisticated level of service and security, equal to the experience they’re used to when trading stocks or bonds,” Tom revealed then.

FDAS initially declared it would support BTC and ETH trading, subsequently, Tom added that the company would look for the next 4 or 5 digital currencies in market cap ranking order, also. Up to now, client demand has chiefly targeted the globe’s two crypto bulls – BTC & ETH – Tom revealed in November 2018.

While traditional financial banks such as Fidelity are starting to enter the cryptocurrency space, companies such as Coinbase, a cryptoasset exchange & wallet service, have launched their own custody solutions.

Coinbase’s custodial service, which focuses on institutional customers, rolled out in July last year. The crypto exchange later noted that it had already been keeping more than $20 billion which is worth of customers’ cryptocurrency over the last half a decade.