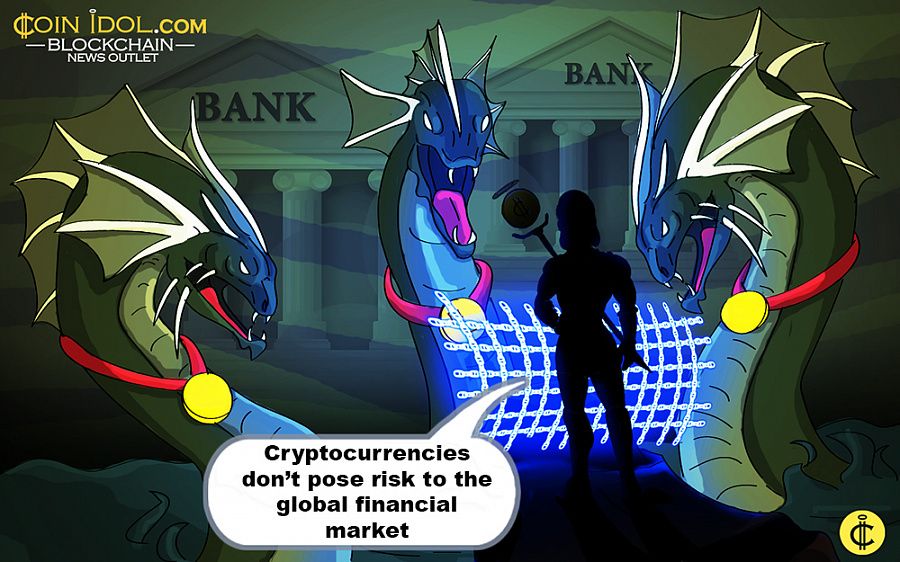 Bank of England governor Mark Carney stated in a letter to representatives of the G20 that cryptocurrencies do not pose any possible threat to the financial market. Carney, being a chairman of the Financial Stability Board (FSB), rejected the perspective of putting regulation on digital currencies, such as Bitcoin.

"The FSB's initial assessment is that crypto-assets do not pose risks to global financial stability at this time," – Mr Carney said in a letter to G20 central bankers who will meet in Buenos Aires this week.

"As its work to fix the fault lines that caused the financial crisis draws to a close, the FSB is increasingly pivoting away from design of new policy initiatives towards dynamic implementation and rigorous evaluation of the effects of the agreed G20 reforms."

It is worth mentioning that Mr Carney, finishing his working term in the Bank of England next year, foresaw that the new governor would need to focus on reviewing existing regulations rather than suggesting the implementation of new rules.

The main responsibility of the FSB is to control the financial facet of activity which is conducted by each member of the Group of 20 leading economies in the world. The organization expressed concerns about the fintech, saying it needed a more thorough international regulation policy in order to monitor evident data gaps.

The international body claimed it would examine the use of setting up an observation technology for estimating and improving the rules. So, it means that the FSB will check if it is possible to make the process of investing in the financial technology cheaper. The move is expected to spawn significant economic growth. Moreover, the financial institution will present a report on the results of a transparency program influencing derivatives markets later this year. The incentive will show the effectiveness of the created conditions for stimulating clear trading, including Bitcoin trading.