The Crime Scene: Over Half of Bitcoin Transactions are Used for Illegal Purposes 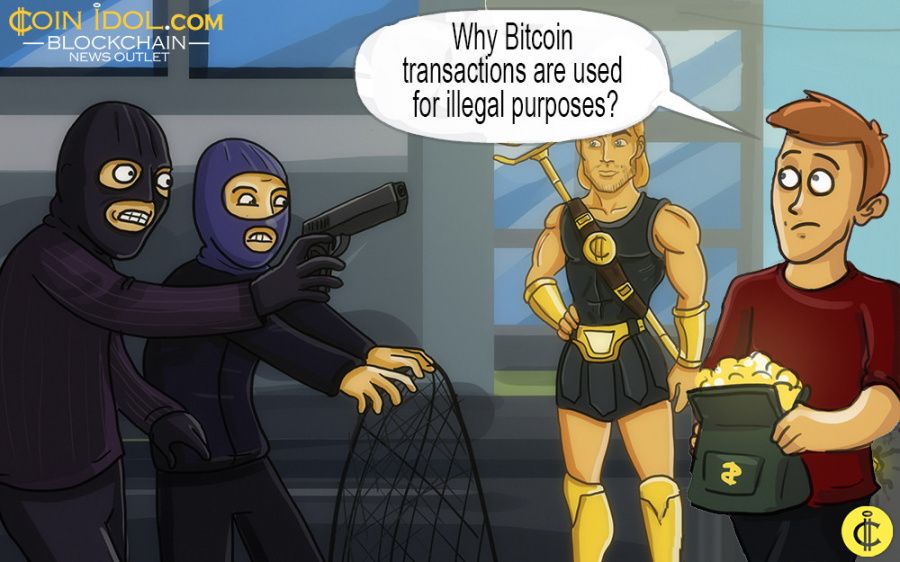 Bitcoin is a revolutionary system able to disrupt the entire industry of finance. It is fully decentralized and, therefore, almost impossible to be controlled or tracked. Despite such potential, there is another side to this medal. By providing its users with security and anonymity, it has become the best friend of… criminals.

Shadow markets and economies are actively using bitcoin and blockchain for their illegal transactions as it makes it much easier to stay covert and anonymous. A research paper published by the University of Sydney, the University of Technology Sydney and the Stockholm School of Economics showed that every fourth uses bitcoin for illegal or criminal activity.

According to the research, about $8 billion is stored on accounts involved in crime. The account holders have made 36 million transactions during the year with a total of $72 billion.

Probably, that is the important reason for many governments treating Bitcoin quite cautiously and trying to impose regulations upon it, to make it centralized or even ban it. To those lacking awareness of the system, it might seem a criminal’s best friend indeed.

However, the community of Bitcoin supporters believes regulations may be against the very idea of a decentralized peer-to-peer system.

What do you think, is it fair to impose government regulations on BTC for the purpose of preventing its use in illegal and criminal activities, such as money laundering and terrorist financing? Let us know in the comments below!

Tags
Bitcoin Transaction Crime Decentralization Anonymity Finance Industry Regulation
Most Popular
Jul 24, 2021 at 11:45
News
Pumping and Dumping, or Why Traders Shouldn't Go after Tweets from Crypto Billionaires
Jul 24, 2021 at 10:53
News
Uniswap in a Brief Rally, Faces Rejection at $19 High
Jul 24, 2021 at 08:19
News
Polkadot Is in a Sideways Trend below $13.50, Downtrend Likely
Jul 23, 2021 at 12:24
News
Remote Education Rocks: Top Universities, Including MIT, are Nurturing Blockchain Professionals
Jul 23, 2021 at 11:32
News
Ripple Rallies on the Upside but Is Unable to Breach the Resistance at $0.60
More