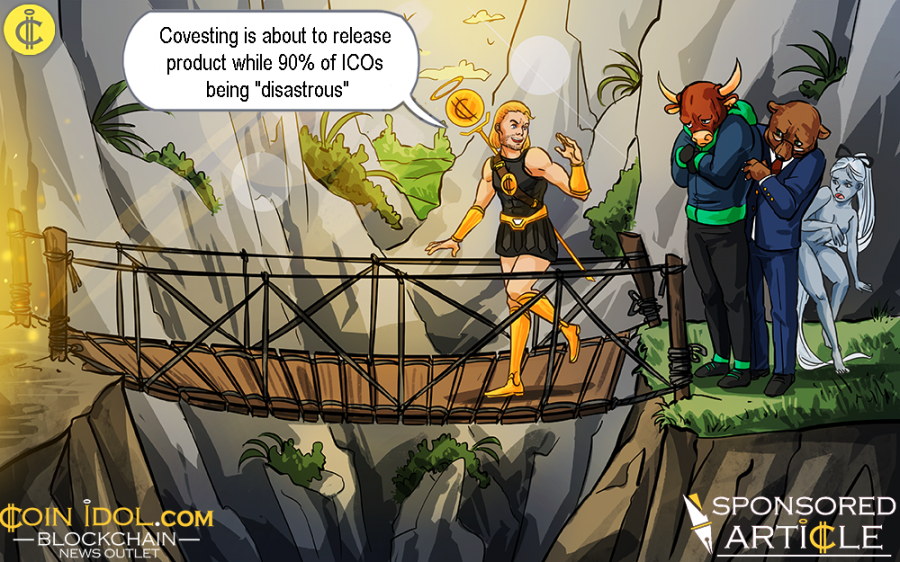 The cryptocurrency markets have had a rough time in 2018, especially considering that they have nearly erased all their gains incurred during the massive bull run in late 2017.  In early 2018, the crypto market capitalization hit an all-time-high of approximately $830 billion before crashing to its lowest level of $203,9 billion on September 7th.

Through this bear market, many alt-coins are down 90+ percent from their highs, and virtually no coins are in the positive for this year.  Although the entire markets have been ravaged, Initial Coin Offerings (ICOs) have been especially affected by the market downturn. This is mainly due to a combination of shady management teams, non-working products, and lack of liquidity, a dangerous and risky combination that can lead to financial loss.

Following the vast decline in the cryptocurrency markets that shook out many novice investors, ICOs had to turn to alternative means to gain investments.  One such way ICOs are attempting to gain funding is through investment funds, who have greater risk tolerance and a significantly larger amount of available funds.  According to CoinSchedule, ICOs have raised $18 billion for crypto startups this year alone, far surpassing 2017 funding, which totaled at just under $4.5 billion.

The surge in funding is almost entirely due to ICO teams targeting wealthy investors and investment funds rather than average individuals with extra money and an internet connection. That being said, besides a handful of reputable ICOs, many investors have lost the entirety of their investments.

According to a recent report from Boston College, only 44% of the companies conducting ICOs are active after the five months following the offering.  The majority of ICOs simply die off, taking all the investor’s funds with them. Controversial politician and cryptocurrency advocate, Steve Bannon, has also reached similar conclusions to the Boston College report, saying that “90% of ICOs have been disasters.”  Ethereum founder Vitalik Buterin concludes with Bannon’s assessment, saying that 90% of ICO projects and ERC-20 tokens have, or likely will, fail.

In addition to the fact that the majority of ICOs either fail or disappear after only a few months of launching, there are also many scams that exist in the space, with the sole intention of stealing investor’s funds.  One example of such scam would be PlexCoin, who had their operations halted by the US government after receiving complaints that the PlexCoin team was trying to defraud investors. After a thorough investigation, the US SEC found that the team was guaranteeing returns of over 1,300% and had falsified their experience in order to build trust and reputability among investors.  By the time the operation was shut down, the $15 million in funds had already been moved to foreign banks and untraceable wallets, making PlexCoin one of the biggest ICO exit scams in history.

A few examples of ICOs with major investor hype in 2017 and 2018 would be Hdac, Tezos, and Bancor.  These three ICOs were the largest of 2017, raising over $900 million through public funding, and have seen mixed results.
Hdac has progressed slightly since its December 2017 ICO, and just recently submitted its application documents to the Swiss Currency Market Guidelines of the Swiss Financial Market Supervisory Authority (FINMA).  Unfortunately, investors have yet to see Hdac listed on any exchanges, which means they have virtually zero liquidity.

Tezos has had notably bad relations with investors since its funding round in July of 2017.  In September of 2017, Tezos entered a lawsuit with claimants that said they invested based on false information.  The Tezos team has also been silent recently, without making any update posts on Medium since May of 2017, Twitter since September 2017, or Facebook since October 2017.

Bancor conducted their ICO in June of 2017 and has made a lot of progress since then.  In March of 2018, the Bancor team added over 60 tokens to the platform, and shortly after released their Bancor wallet and added fiat integration.  They have also secured multiple partnerships, including ones with EOS.IO, Naga, and Sirin Labs. Bancor (BNT) has been listed on multiple major exchanges since its ICO.

Although the vast majority of ICOs have seen terrible performance over the past couple years, some ICOs are thriving despite current market conditions.  Filecoin (FIL), and Covesting Token (COV) are two examples of ICO tokens that have been tied with projects that have been successfully executed.

Filecoin, whose ICO was conducted in August of 2017, has already launched their SAFT Project and CoinList platform, two things promised to the investors.  At the time of the ICO, each FIL token was sold for $0.75, and its current value is $4.03, almost a 6x increase.

COV is tied to the cryptocurrency exchange platform Covesting, who is very close to releasing their trading platform, which is currently in beta.  The platform will feature a suite of features including copy-trading, liquidity aggregation, arbitrage bots, fiat trading pairs, and fiat onramps.  The COV token will offer users access to advanced features on the exchange, as well as a 50% reduction of trading fees. 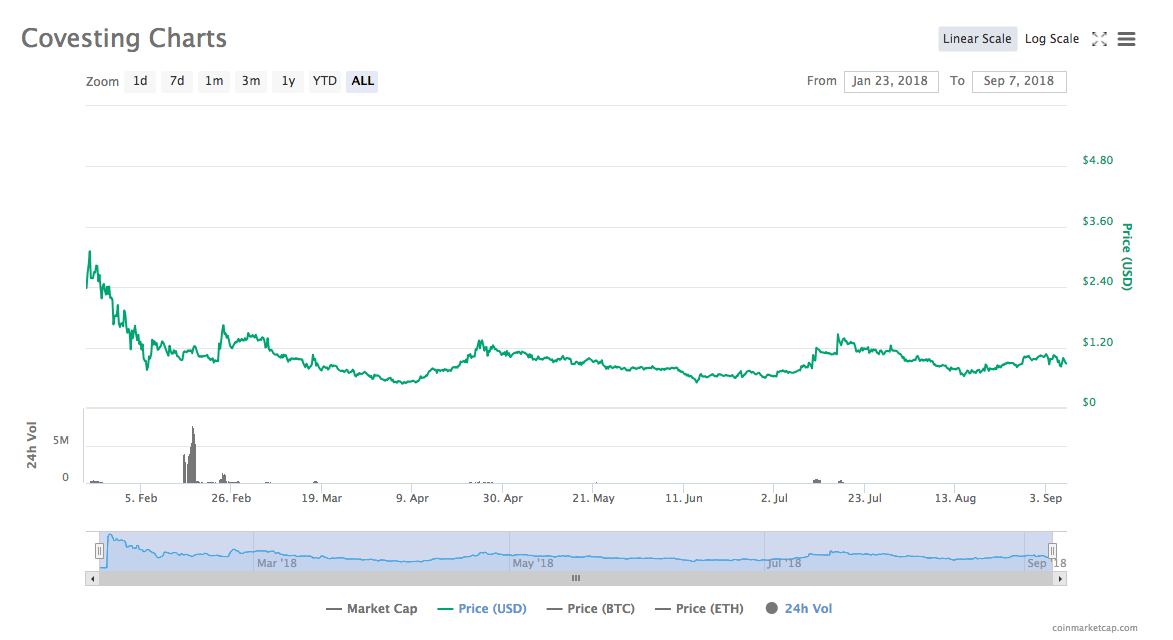 COV has seen relative stability in 2018 against both USD and BTC trading pairs.  Although many alt-coins and ERC-20 tokens are currently sitting at their lowest prices of 2018, COV is currently sitting significantly higher than its year-to-date low of $0.48, currently at $0.9. Prospective investors should note that COV will feature systematic Token Buyback and Burn programs, which will provide stable increases in COV’s value over time.

Investors must understand that although investing in ICOs can be risky, there can be tremendous rewards if the ICOs are successful.  Key factors that should be considered when looking into an ICO is the valuation, the team and their experience, and their communication patterns with investors.