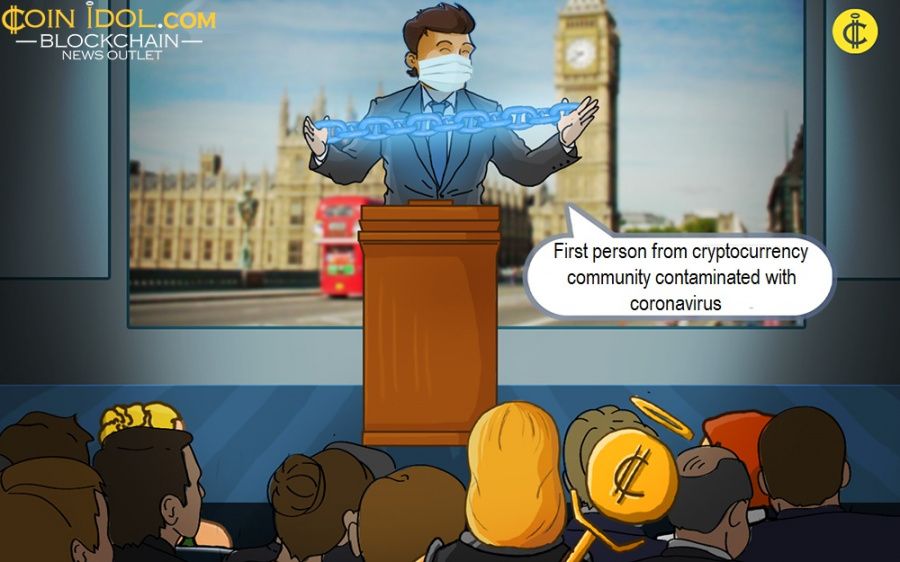 The co-founder of a Blockchain startup confirmed he tested positive for the coronavirus after attending the ETHLondon conference. Mr. Zhen Yu Yong asked people who had contact with him during the conference to take the required precautions and seek medical attention.

Zhen Yu Yong says he wasn't aware of the infection until after the two cryptocurrency conferences which he attended. According to researchers, coronavirus stays active on a surface for a period of nine days. The World Health Organization recommends that people suspected of being infected with the virus must isolate themselves for a period of 14 days to avoid spreading the virus to other people.

Yong’s tweet about his condition and plea to people who attended the ETHLondon and the Ethereum Community Conference was applauded by the cryptocurrency community. Members of the community indicated their outpouring support for the developer who gave early warnings to fellow developers who could have contacted him during the conferences.

Meanwhile, other cryptocurrency events are already being indefinitely postponed or cancelled as the virus rages. The upcoming Consensys 2020  is slated to be cancelled for the first time since it’s initiation. Many people in big cities are taking extra precautions to avoid going into public places and stay only at home.

Coinidol.com, a world blockchain news outlet, has reported that many event organizers turn to the means of virtual reality to bring conferences and meetups to the Internet. This would allow to avoid the virus spread risk among the participants, at the same time providing the possibility for the events to take place after all.

The effects of the corona virus have hit different global markets hard.  Recently, stocks dipped in the most devastating manner ever since the financial meltdown of 2008. Cryptocurrency is also not spared as both Altcoins and Bitcoin battles to retain prices amidst the pandemic. Other cryptocurrencies such as BCH and ETH are not spared as well.

Meanwhile the World Health organization has advised central banks to avoid using paper money as it increases the spread of the virus. WHO advised banks to adapt to contact less means of payment to combat the rapid spread of the Virus. Many banks have already taken precautions to disinfect currencies. Cryptocurrency is expected to surge due to the test the COVID-19 Strain has levied on the global economy.