ContractNet – At the Intersection of Blockchain, IOT & Smart Contracts 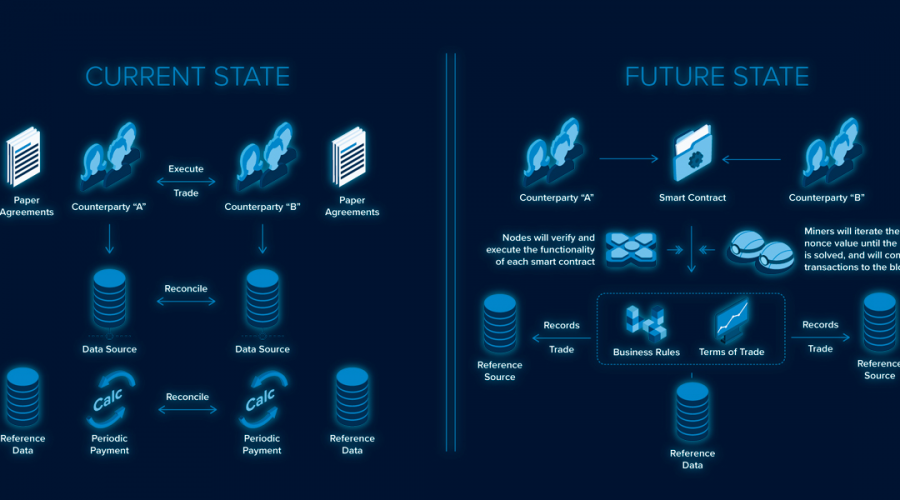 ContractNet is a new public, permissionless blockchain which its soul purpose has been built for the storage and sharing of IoT data streams. Providing its users with a platform to host their businesses, using blockchain, smart contracts and IoT technology.

In the current  technical spectrum, certain challenges have arisen such as scalability, speed and latency, coding errors, management, monetization options for all participants and creating the value for the underlying cryptocurrency. At the Consensus 2017 Blockchain conference in New York, a well known car company described a roadmap for developing a Blockchain-based autonomous vehicles.

The company’s spokesperson explained that to perfect this software, a trillion miles worth of data would be required for their machine learning algorithms. At that the car company had accumulated several million miles worth. If it were made possible to access similar data from competitors and to share this data, the target could be reached. This could benefit the industry as a whole.

Blockchain will solve the problems with ownership and integrity of data and credibility of vendors. Smart contracts can set up the conditions for sharing and payment. An internal currency can provide for the monetization of data. IoT devices can provide data streams to be shared. The IEEE (Institute of Electronics and Electrical Engineers) has defined a comprehensive list of standards that encompass the IoT.

The current marketing problem is attracting IoT device owners, developers, miners and adopters to the platform.

ConnectNet is about to redefine the way we tackle these issues, taking a number of different decentralized technologies, and combine them into a hybrid solution that addresses all the problem areas. Using separate storage from the blockchain.

The first solution is to separate the storage from the blockchain, and implement their own unique virtualchain, as an intermediary between that and the storage layer. The primary use of the ContractNet Blockchain is for transactions, execution of smart contracts and storage of access control data. With Data being structured into streams, individual sensors will provide each stream of data. Each stream will have a clearly identified owner.

ContractNet proposes to optimise IPFS (Interplanetary File System) technology for this storage. The data stream will be encrypted using a key generated from the virtualchain, being stored using the same stream ID committed to the blockchain.

Compared with storing data on the blockchain will work out to be 2,000 – 8,000 times cheaper and could eventually be cheaper than cloud storage. Benefiting the user indefinitely.

ContractNet using the Flux Difficulty Algorithm to prevent centralized attacks, dynamically adjusting the difficulty when there are rapid changes in the hasrate. At the same time, the flux algorithm also ensures more consistent block times during volatile/variable hash rates.

As smart contracts requires processing and exists over time, it is vulnerable to attacks and confidentiality and integrity issues. Use of the FSolidM technology will to a large extent remove these problems..

In addition to this, the ContractNet platform uses the native token CNET as the medium of exchange on the platform also allows for monetization options for participants. Miners are able to earn CNET in return for their computational power in the Proof-of-Work consensus mechanism underpinning the blockchain. While miners can earn additional CNET for providing storage capacity on their computers. IoT device owners will be able to sell their streams of data to developers or other users.

As Developers are given access to an open source, full optimized platform on which to develop and monetize their own Dapps. These Dapps provide physical input into the Blockchain.

The ContractNet philosophy and reason for existence is to be the global exchange of IoT data, and the platform for some of the most exciting applications on the decentralized web. Providing a solution to many of the current problems associated with combining blockchain, smart contracts and IoT technologies.

ContractNet is the source of this content. This press release is for informational purposes only and should not be viewed as an endorsement by CoinIdol. We take no responsibility and give no guarantees, warranties or representations, implied or otherwise, for the content or accuracy. Readers should do their own research before investing funds in any company.