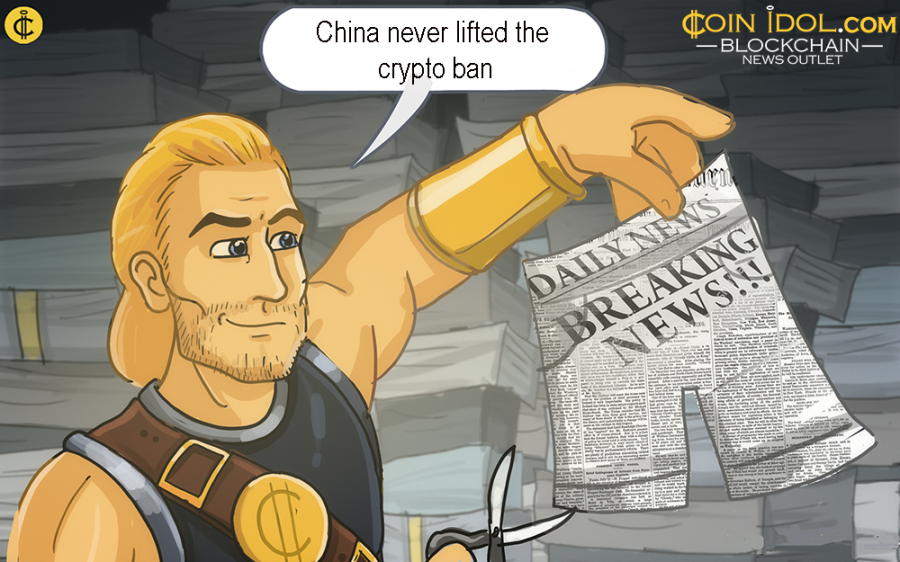 Recently, news about the lifting of bans on crypto trading in China spread like wildfire. Unfortunately, it has turned out to be fake news and this has totally annoyed the Chinese cryptocurrency enthusiasts. This time around, the real truth was lost during the translation process and incompetent translators became the most patsies in this entire story.

China was a no-go zone for the last year on the issue of crypto. Several crackdowns targeting businesses and individual users have been rampant, as Coinidol earlier reported.

Very many media outlets around the world focused on crypto published the news that China completely lifted the Bitcoin (BTC) ban and that it's now working on how to regulate it. Various public figures also added salt on their Tweeter platforms plus statements about Beijing reviewal on its restrictive policy. Nevertheless, this turned to be a misinterpretation and misunderstanding of a Shenzen court ruling.

In the first, the SCIA ruled that:

“CN law does not forbid owning & transferring bitcoin, which should be protected by law because of its property nature and economic value.”

On Thursday October 25, 2018, the Shenzhen Court of International Arbitration (SCIA) declared BTC as property following the existent legislation of China. It implies that Chinese merchants and nationals are able to transfer and also individually own cryptos legally, which at any one moment never been prohibited in China.

“Although Bitcoin may not be legal currency, that does not prevent it from being protected by law as a property," said SCIA in the released case analysis. "The Party contends that Bitcoin has characteristics of a property (SOV) that can be controlled by the owner; it has economic value and can bring economic benefits to the owner. This does not break any laws. This arbitrator agrees," the decision noted.

Furthermore, in July 2018, the Hangzhou Internet Court, which specializes in Internet-related cases, officially issued out a ruling enabling DLT-enabled docs to be allowed as evidence in a copyright infringement case.
The ruling noted:

"It should maintain an open and neutral stance on using blockchain to analyze individual cases.”

Put differently, China just ratified its stance on digital currencies. Additionally, no court has the authority to remove the ban. It's only the government that has those powers.

However, the news didn't have any significant effect on the digital currency market since BTC, the leading crypto in the world, continued to move in a range of $6,000-$6,500.