China Creates Its Own Cryptocurrency. Will it Affect the Bitcoin Price? 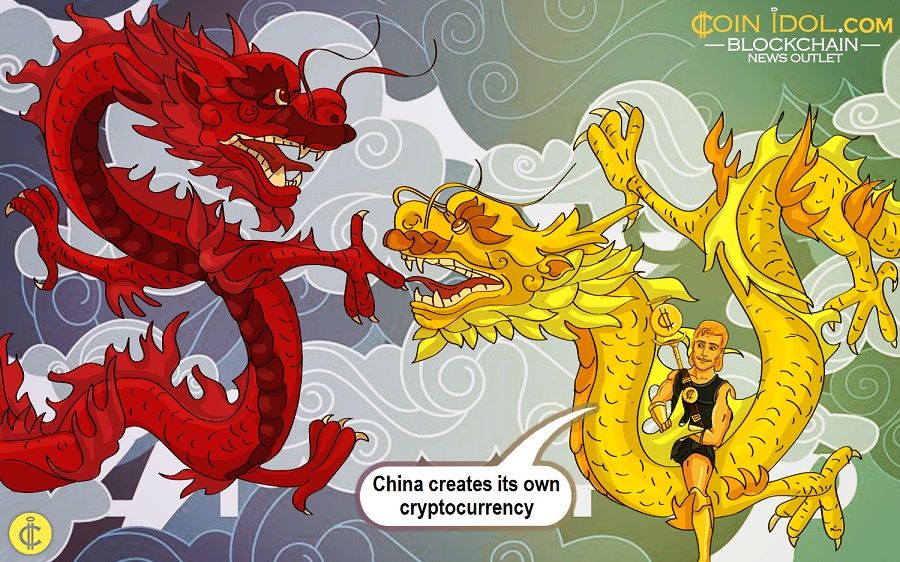 China seems to have reached the point of giving up on the hard bitcoin regulations which were being attempted by the People’s Bank of China. By creating its own cryptocurrency, Chinese authorities can have leverage on the currency and thus more control.

Can the Chinese government Block Bitcoin in China?

To make its cryptocurrency superior over bitcoin, the Chinese government might try to block bitcoin in China. Coinidol.com spoke to Phil Raymond, CEO and Co-Chair of Crypsa, the Cryptocurrency Standards Association, on just how possible such attempts could be. He commented to Coinidol.com:

“No. I do not think that this is possible. In the short-term, government interdiction may delay some of bitcoin's growth potential. But in the long-term, governments will relent and gradually embrace cryptocurrency. In the long run, people will look back on 2017 and they will believe that efforts to stop Bitcoin actually helped its long-term potential.”

Whether or not the Chinese Bitcoin community is stronger is for the market to determine. Coinidol.com got In Touch with Lee Gibson Grant, Director at DT Moldova, a UK-based blockchain consultancy firm, and asked him whether the new cryptocurrency is going to be more popular than Bitcoin in China. He said:

“Question is this following is the Chinese currency Government issued and pegged to the YEN or is free floating like bitcoin in Value, otherwise it’s simply a digital version of the yen which will be accepted as method of payment for government services and salaries so they will enforce adoption into the public”

How it could affect the price of Bitcoin

When the new cryptocurrency finally emerges, a percentage of the Bitcoin market will be taken over. Coinidol.com spoke to David Mondrus, CEO at Trive powered by Orbit, about how this will affect the price of Bitcoin globally. He commented:

“It will depend on the Chinese crypto. If it's truly public with no controls, which I doubt, then it possibly could supplement BTC in China. But I give this a very low probability. In all likelihood, the Chinese crypto will be centrally controlled and the Chinese consumers will understand that it's a poor substitute for BTC. In that case, BTC price will continue its rise.”