Changing the SLATE of Play 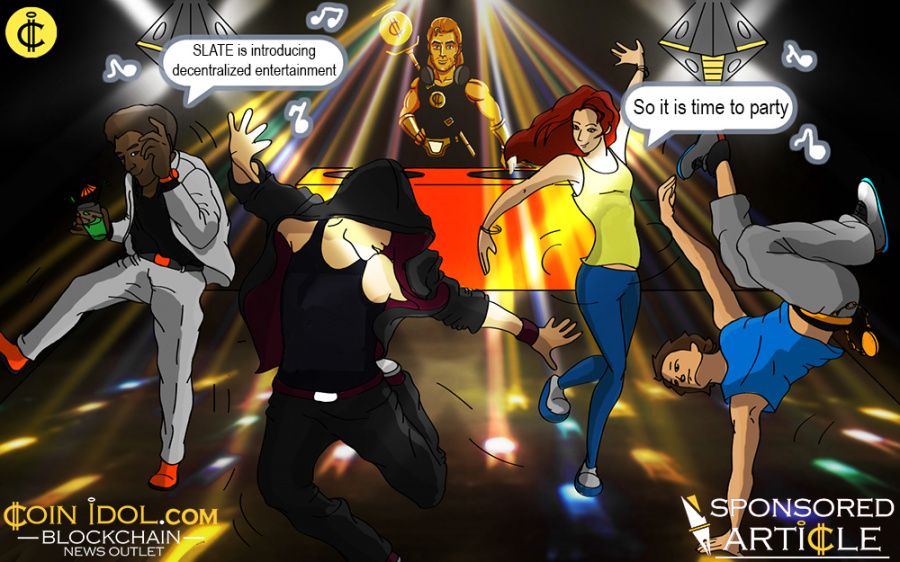 You are going to like what SLATE will do for finding and buying your favourite media and entertainment.

SLATE is introducing a decentralized system that will bring high-speed, high-definition video to viewers around the world at low cost. It will also facilitate live event ticketing on a cryptographically secure multilayered network. Viewers will be able to spend SLATE cryptocurrency (SLX) on the entertainment of their choosing.

Binge watching videos has become the norm and SLATE is set to capitalise. Its aptly named blockchain video on demand service, BINGE, will be the first of its kind. Utilising distributed ledger technology, Blockchain Video on Demand or BVOD™ will introduce viewers to decentralised streaming.

The Slate Entertainment Group announced the launch of their SLATE (SLX) blockchain network on the 28th of April this year. Announcing that their platform will give the power back to the people when it comes to their choice and consumption of media and entertainment. Their peer-to-peer network will safeguard choice and will prevent government and business interference.

Blockchain technology will bring unheralded transparency and accountability to the entertainment industry. Viewer preferences have been analysed for years without being completely transparent, using blockchain technology will change that. It will also change business interactions between content creators, providers, distributor and hosts. For example, BINGE will become the intermediary for sharing valuable network analysis, data and ticket information and will allow for real-time revenue sharing whilst offering peace of mind for stakeholders.

SLATE will not limit itself to online or digital media, rather, it will be connecting people with all forms of entertainment through its SLATIX app. SLATIX is a SLATE network powered mobile app for entertainment discovery and ticketing. Users of the app will be able to discover a wide range of entertainment content ranging from sporting events to theatre productions. Attached to these events will be reliable and authenticated reviews. Users will be able to earn loyalty rewards, discounts and special access to these events. As for the review system, they will be incentivised with SLATE Token Rewards (SLX) which as a secondary token will be securely exchangeable and forgery-resistant.

The SLATE network itself is a self-incentivising system whereby the SLX cryptocurrency ensures entertainment providers maintain global 24 hours access. A Primary Network will act as the distributed ledger for SLX cryptocurrency. Within that, ‘Masternodes’ will store and distribute media content to BINGE customers. Masternode owners hosting and storing content will earn SLX and therefore a real world passive income.

SLATE have announced their SLX Coin presale for the 11th of May. The presale will run through until the 26th of May. During the presale, customers will have access to discounts structured along a series of incentivising dates. The presale bonus starts at 5% for the first five days, then drops by 1% every five day period. The intended token sale opens at twenty-seven cents ($0.27), and rises by two cents ($0.02) every four day period, to a peak of thirty-five cents ($0.35).