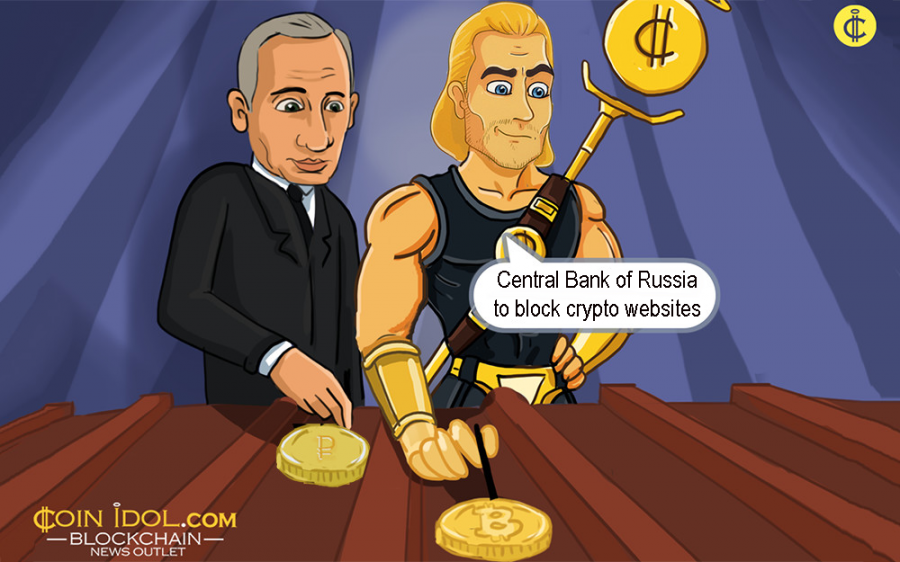 The deputy governor of the central bank of Russia, Sergei Shvetsov, revealed that his financial institution will underprop endeavours to block and stop access to external websites trading cryptoassets in Russia.

Sergei cited the immoderately lofty risks involved in cryptoasset investment as the main reason for the suggested measure, Reuters reported. He also said that they cannot provide direct and access to those doubtful instruments for investors.

“We regard all crypto derivatives to be a negative development on the Russian market and do not reckon it possible to support it, and will even assume measures to restrict potential operations with such instruments made by the regulated part of the Russian market. Meanwhilst, we adopt efforts aimed at shutting external websites that enable Russian citizens to get such cryptoassets together with the Office of the General Prosecutor.”

Furthermore, Sergei said that, with Bitcoin (BTC) becoming an asset which can produce lofty returns very fast, it shows signs of being a “pyramid scheme.”

As coinidol reported in September 2018, a Ponzi scheme was detected in Russia and the central bank came out to put measures in place. The scam financial system was known as ‘Cashberry’ aiming at persuading citizens to invest their funds in the fraudulent scheme that was providing many profitable returns on both fiat and cryptocurrency investments.

The effort to stop access to cryptoasset trading websites follows a series of warnings coming from Russian authorities last year.

In September still, Dmitry Skobelkin, the deputy governor Bank of Russia (BoR) said that China doesn’t deem cryptoassets as payment and interdicts initial coin offerings (ICOs) and therefore, the views of BoR are no different.

Recently, coinidol reported that the Russian government issued a draft law saying that the average citizen shall be permitted to invest in ICOs an amount not exceeding $9,000 annually.