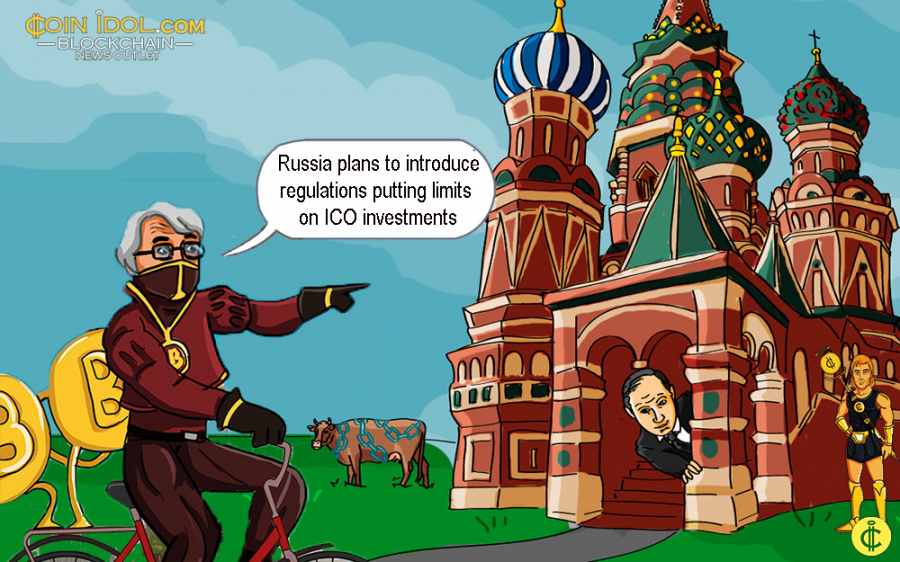 A new bill regulating investments in initial coin offering (ICO) projects will take force soon. Government officials have released a draft law stating that average Russians will be allowed to invest in ICO no more than $9,000 per year.

The draft law “On attracting investments using investment platforms” outlines new amendments to the legislation to regulate cryptocurrency activity in the country. The bill is a part of the law, that State Duma adopted on first reading back in May. It is interesting to notice, the text approved by the lower house of the parliament had no limitations in terms of price.

Key points of the draft read that private individuals are allowed to invest in ICOs up to 600,000 rubles (around $9,000) annually. Furthermore, there is also a limit on the amount of money invested in one project. It must not exceed 100,000 rubles (approximately $1,500). Every investment that goes out of these boundaries is a subject of supervision. Russia’s financial watchdog  Rosfinmonitoring will deal with such individuals with a purpose of anti-money laundering.

According to the chairman of the Financial Markets Committee Anatoly Aksakov, the revised bill will probably be voted on at its second reading, which will take place in January. The Duma has already approved two previous drafts related to digital currency. The first bill contains a legal definition of “digital rights”, while another draft describes the regulation of cryptocurrencies, with the latter introducing key terms like “cryptocurrency” and “mining.” Mr Akimov also stated that lawmakers intend to add no other amendments to the draft bill.

As per the bill, restrictions on ICO investments do not expand on professional investors. However, one will need to give proofs of its professional activity, if he wants to be regarded a “qualified investor”. All the criteria are described in the federal law “On the securities market”. The investors, for instance, are to have in control assets that cost minimum 6 million rubles (nearly $90,000) and be officially employed in the securities industry for 2 years.