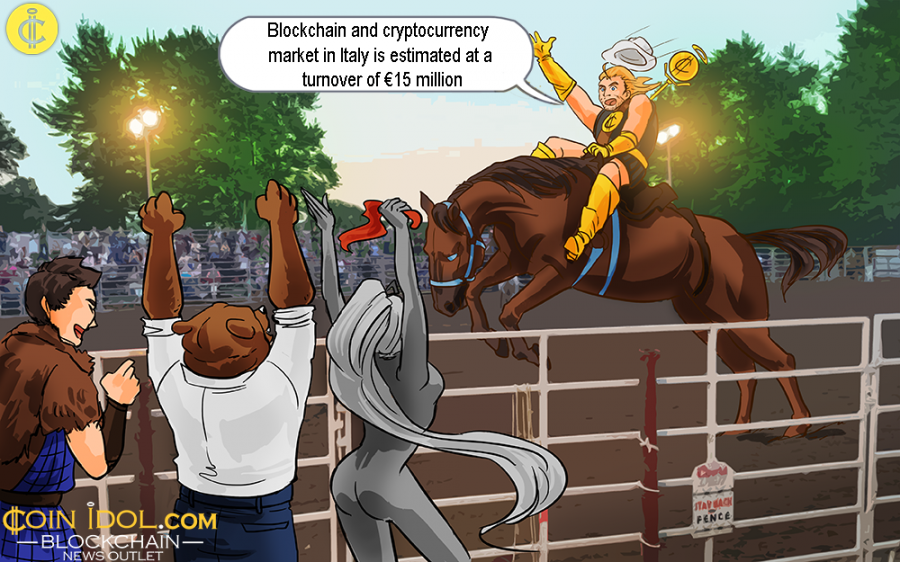 The Italian market for cryptocurrency and blockchain technology has positive changing aspects, according to the analysis of the Blockchain and Distributed Ledger Observatory of the Politecnico di Milano. Many individuals, companies, institutions, are waiting for the blockchain opportunities, while others are trying to acquire digital trainings, knowledge and skills to compete favorably in the market. There are interesting indications on the status and projections of Blockchain and other futuristic technologies in Italy.

As far as blockchain technology is concerned, in Italy there is talk of volumes and decidedly reduced values including investments in networks and software, and in training and consulting, it is estimated at a turnover of €15 million, which are few both in absolute and especially in relation to projects in progress.  If the country adds together all the projects its companies and citizens have found, they are over 150, then talking about 15 million means that there are few firms which are investing.

Even in Blockchain, Hard Work Pays

The job of the Observatory is not to make predictions, which are also very random in a fluid market like the blockchain, but also by applying them prudently, the same 76% growth rate observed by the Observatory in the 2017 and 2018, the government authorities monitoring this industry should have most important figures for both projects and investments.

The clear majority of the analyzed companies, that is around 59%, is working hard. But it is still rare to find those companies who have operational blockchains (only 3% of the 150 projects surveyed), 35% have experiments in place and 21% have promised to start them within a period of 12 months, which simply implies that today a good number of projects are going on. Also, 31% are in the preliminary stages of study and are busy collecting information, which declines to 10% those who have completely done nothing.

Generally, Italy is witnessing a sprawl of projects that make it understand how even in the country are realizing the importance of these futuristic technologies. But beyond the quantitative percentages, the motivations and opinions that the players have expressed about their work have more importance.

Working on training and education is a very fundamental thing for the country. the government needs to start from the University and other higher institutions of learning and know how to involve the whole school so that this technology is at least known nationwide.

Blockchains are not yet a priority in many ICT investments, and distributed ledger technology investments are limited.However, the demand is developing due to the willingness and heavy involvement of giant companies. The top sectors, for which the impact of technology is seeming as more capable of positively changing the business, are finance (banks), logistics & transport, agriculture and insurance. Furthermore, the blockchain technology is being used in other major things like the management of property rights, water rights management (WRM), public administration ( PA), agrifood, and many others.

Putting aside the problems directly associated with cryptocurrency and blockchain technology such as cybercrimes, fraud, sextortion, cyber-hacks, etc., Italy’s vision on blockchain development is very positive. However, the companies and businesses involved in this nascent revolutionary technology are facing certain challenges and obstacles including inadequate resources, limited funding from the government, inadequate required skills and less tools to assess the possible benefits.

The country needs to address these challenges if it really cares and wants to outcompete countries like the United States of America, United Kingdom and others, and further achieve its set target of tapping 100 million euros in blockchain investment before next year ends.